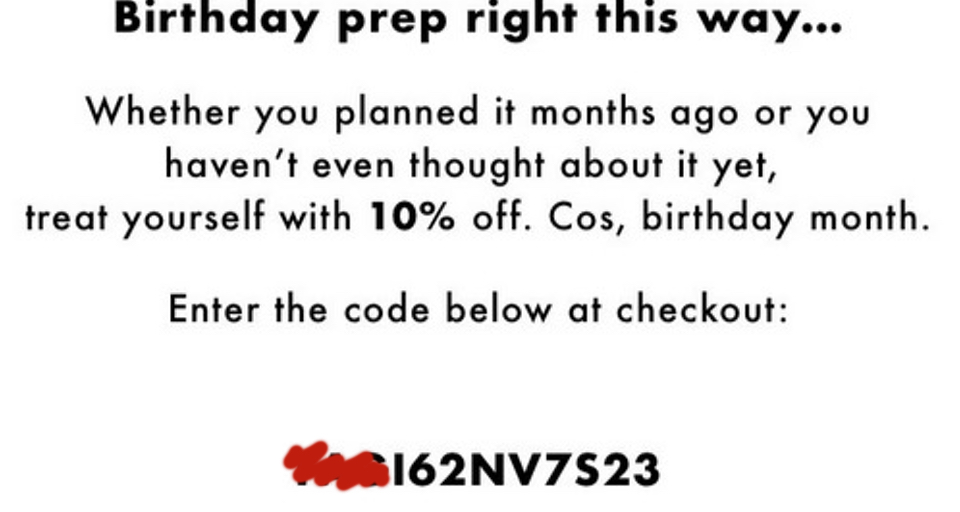 An ASOS customer has been left outraged after receiving a discount code from the online clothing giant.

When Eric Omikunle opened a birthday email sent by ASOS containing a discount code he thought “how sweet and kind” – that was until he noticed the gay slur in the code itself.

The clothing company, which also made Pride In London’s clothing range in 2019, had indeed sent him a 10 per cent off discount code, however, to Eric’s disgust the code contained a three-letter anti-gay slur, “FAG”

Eric says that he had reached out to ASOS but was left with a “resolution” that he was happy with.

ASOS Here To Help, ASOS’s online Twitter handle, replied, that it was “just a generated code” and invited Eric to DM them if he had a complaint to make.

In a statement to THEGAYUK as spokesperson for ASOS said, “We are very sorry that this has  happened and caused offense.

“Because of the volume issued the codes need to be automated and generated by a IT program.

We are looking at solutions to prevent this from happening again”.

THEGAYUK.com has reached out to Eric Omikunle.

*This article has been updated since it was first published, adding additional comment from ASOS.