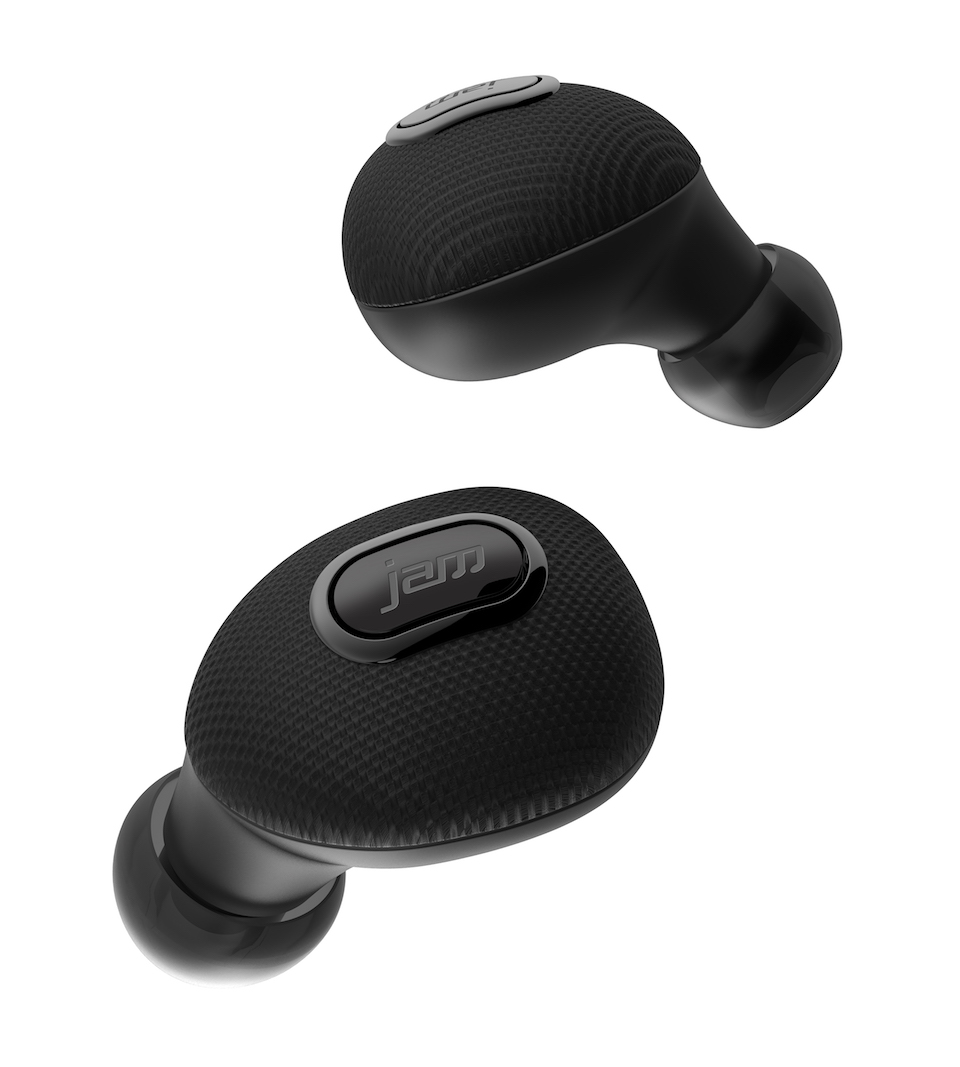 If you’re not a fan of the headphone, then earbuds are the only other option – and what with Apple doing away with the standard audio jack, wired head and earphones could be a thing of the past. Wireless earbuds are a marvel – no tangled wires, no choking yourself when getting up from your desk when you’re still attached to your computer. There’s a lot of freedom. But there are problems too. Earbuds don’t always stay in the ear, you have to remember to charge them and then there’s the worst bit – pairing them. Jam have sorted two of these issues out perfectly with their Ultra earbuds – the pairing issue – not so much.

Out of the box and charged in their own little charging dock, the Jam Ultras are incredibly easy to use. The individual earbuds have built-in batteries and as you lift them out of the dock they pair with each other – pairing them to your device, be it, phone or desktop isn’t too much of a sweat either. Most of the time.

Speaking of sweat they are resistant to it, which is fantastic if you should use them whilst out jogging or in the bath. They are dark in colour and once fitted into the ear are almost unnoticeable. None of the ridiculous white stork thing that’s going on with Apple’s own earbuds.

They last for three hours on one charge – but with their own charging dock, which can charge them up to 10 times, these buds can last for 30 hours. Rather brilliantly because there’s a USB port you can also charge your phone while you’re at it.

They have a simple look to them, dark and with a slight material texture to them. Once they’re in, the noise blocking from the external world is brilliant. If you’re looking for noise cancelling headphones these, although not actually “noise cancelling”, are a great find.

Now here’s the problem – I found that these were impossible to use for TV or for watching any kind of streaming. They can’t keep up with your device and the lipsync is terrible.

They also, rather annoyingly have a habit of desynchronising with each other – meaning that one ear suddenly goes dead and then comes back after a moment. Considering the wireless feature is probably why you’d buy these earphones, it’s utterly infuriating.

Controlling the earbuds is a simple process. There’s a pause button, which doubles up as the pairing and off button. You can’t change the volume or skip to the next tune on these.

You can use them to answer calls and speak wirelessly.

The fact that these earphones do a great job of filtering out external sounds, means audio feels very present – and up close. The bass response is good for the tiny speakers – but perhaps the top end feels a little dead, which gives an overall mid to bottom sound palette.

You can buy them from Amazon.com