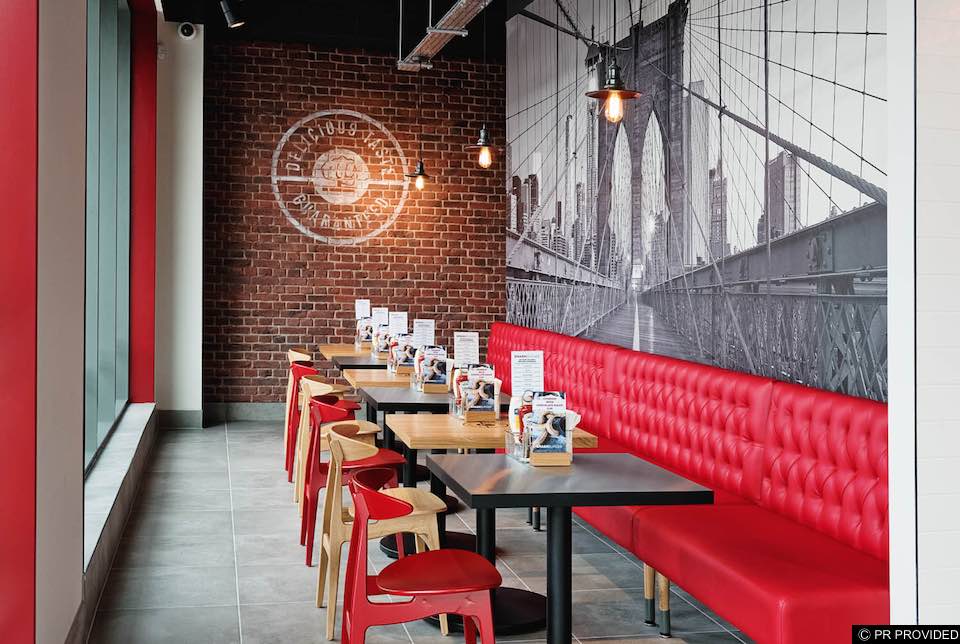 Smashburger launches the first site in the Midlands, and what a messy affair it was!

The method of smashing is a unique way of enhancing flavour into the burger as the meat is cooked in its freshly pressed juices. The result is a delicate, intense and a full-flavoured burger inside your soft bun. According to General Manager Colin, the ingredients are prepared and cooked fresh every day, and the burgers are almost smashed to order. Situated at the heart of Gallagher Retail Park in Wednesbury, this restaurant is certainly worth a sharp right on your way out.

The Beef Bacon Cheeseburger, made with Applewood smoked bacon and American cheese, mustard, ketchup, pickles and red onion served on a multi-grain bread is probably one of the best burgers I have had in my mouth. The bread was soft and complemented the burger beautifully soaking up the juices and sauce oozing out of the burger. There is no way to avoid running mustard/ketchup sauce down your hand as it is a truly messy encounter. The sour pickles married well with the tangy mustard and galvanised the whole meal – Fourth of July happened in my mouth. My plus one had Spinach, Cucumber & Goats Cheese Beef Burger on a brioche bun which was very well presented and it had plenty of fresh vibes to it.

What was very impressive about Smashburger was the excellent customer service experienced throughout the joint. Chloe was particularly pleasant and very hospitable offering us to try the churros at the end which was an offer you could not refuse. The atmosphere was very busy but the staff bantered and looked after every customer with genuine care.

There was a problem with the fryer as a couple of items of the meal were slightly over-fried, particularly the Haystack Onions, and the Churros also were overly cooked on the outside and undercooked on the inside. It was not a happy ending, but I would read this book again! I would like to think it was a one-off blip.

The service was second to none. The quality and concept of the burgers through smashing was ingenious. The highlight for me of it all was the Oreo Hand-spun Shake – O.M.G! The best chunky shake I have had – it is going to take a lot to beat that!