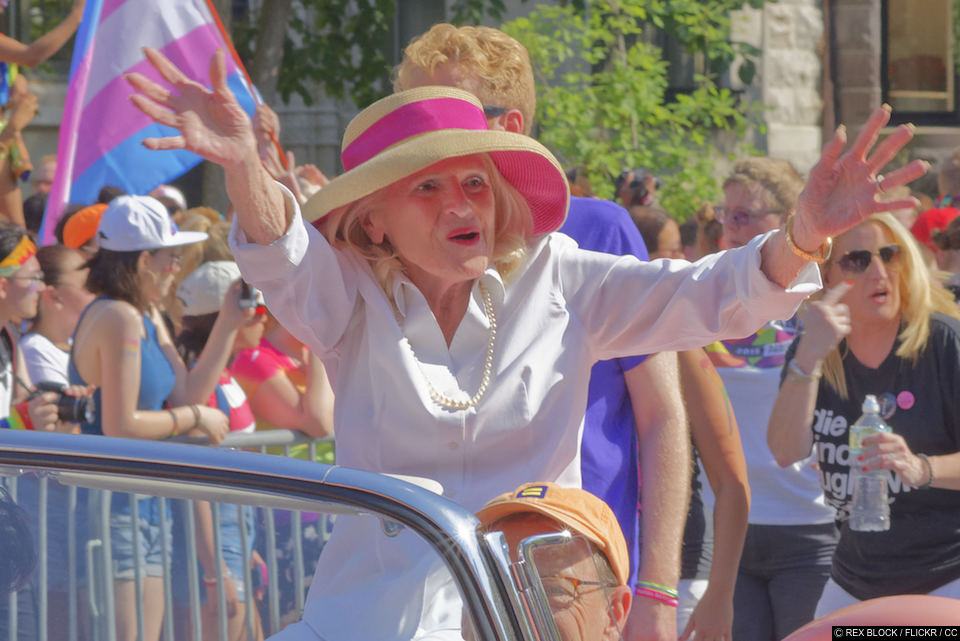 Edith Windsor, who helped end the ban on same-sex marriage has died at the age of 88.

Ms Windsor’s lawyer, Roberta Kaplan, announced that the same-sex marriage activist had died at the age of 88, in New York, USA. The cause of her death was not given, but Ms Windsor had been struggling with a heart condition for years.

Commenting on her death President Obama said that she was a “quiet” hero for the equality cause. He said, “Few were as small in stature as Edie Windsor — and few made as big a difference to America.”

Ms Windsor was 81 when she brought a lawsuit (United States V. Windsor) which would end up being the turning point for LGBT rights in America. In 2009, after the death of her first wife, Thea Spyer, to whom she was married to in Canada, Ms Windsor was prevented from getting a marital deduction on Spyer’s estate, because their marriage was not legal in the US.

Ms Windsor was successful, with justices ruling 5-4 in June 2013. The law (the Defense of Marriage Act DOMA) was deemed unconstitutional and the stepping stones for same-sex marriage were in place. Same-sex marriage became legal in every state the US in 2015.

Edith Windsor appeared at Washington DC pride in 2017 as the Parade’s Grand Marshall. She was born in Philadelphia, Pennsylvania and worked for IBM from 1958. In May 1968, she attained the title designating the highest level technical position at IBM, Senior Systems Programmer. In 1975 she left the company and with her severance pay she began to focus on her activism.