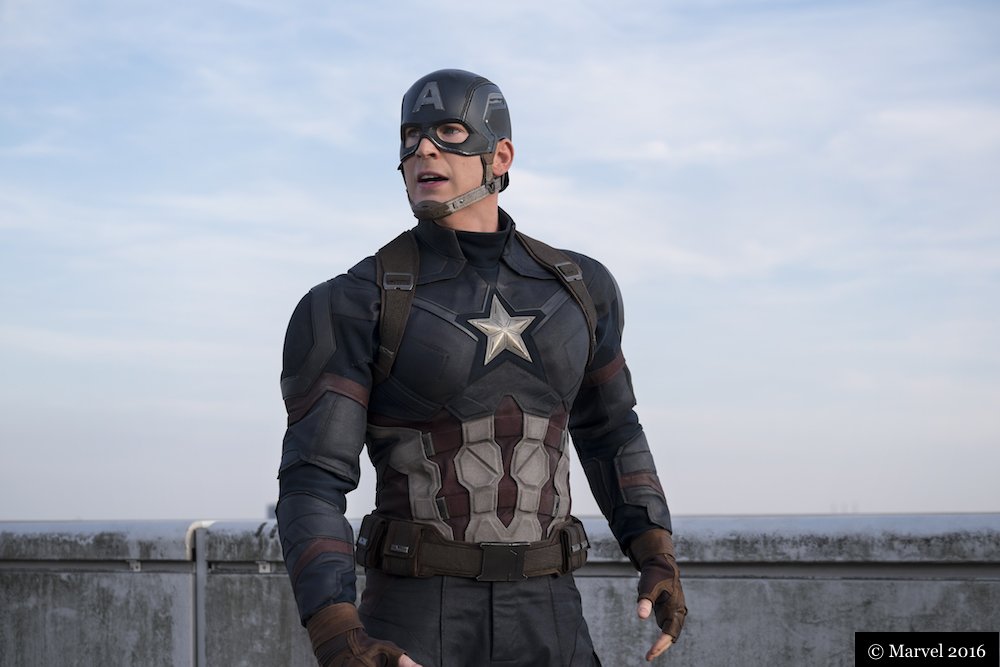 CAPTAIN AMERICA : CIVIL WAR – Every Superhero you have ever heard off in one big motherfrigging fall out and take down.

Nutshell – The third pure Captain film asks the basic question are you Team Captain or Team Iron Man. Half of Marvel’s finest decide, after a recent accident, that they should be governed and regulated whilst the other half think they should remain free agents. Old favourites return, new heroes are introduced and all hell breaks loose in the many action scenes leading up to the ultimate Superhero showdown of all time.

Tagline – ‘Whose Side Are You On’. Key Player –  Falcon comes off best he just swoops around disposing of the bad guys with pure cool and he has a mega-cool drone called Redwing which in the comics was a real (Falcon) bird.

Budget – No surprise that this cost a lot – $250 million. This is of course safe territory it covered its costs in just six days. It is now heading for the top after chart toppers of 2016, Zootopia and The Jungle Book to become the biggest movie of the year, we guess it will finish up making about $800 million.

Best Bit – 1.30 mins; The two team-ups have been building for a while but when they finally come face to face in a German airport you get the best scene of the year so far.

Worst Bit – 1.35 mins; It is not bad just an obvious plot twist so that the tiny Ant Man can pull his weight fighting other superheroes equally it seems shoehorned in to even the teams-up.

Little Secret – This is the longest ever Marvel film and the 13th in the studio’s master plan. Chris Evans suffered a severe arm injury in the helicopter sequence but the close up muscles are all him with no photo shop whatsoever on his massive wanking arm.

Movie Mistake – In the final fight Iron Man’s helmet keeps appearing and disappearing similar to the windscreen that Captain smashes in the big vehicle chase.

Any Good – Abso-damn-lutely. This is real boys own stuff and maybe the best Marvel film yet. This is well plotted with endless superb action a great cast, funny lines and a script Christopher Nolan would be proud of. See in IMAX or 3D if possible.