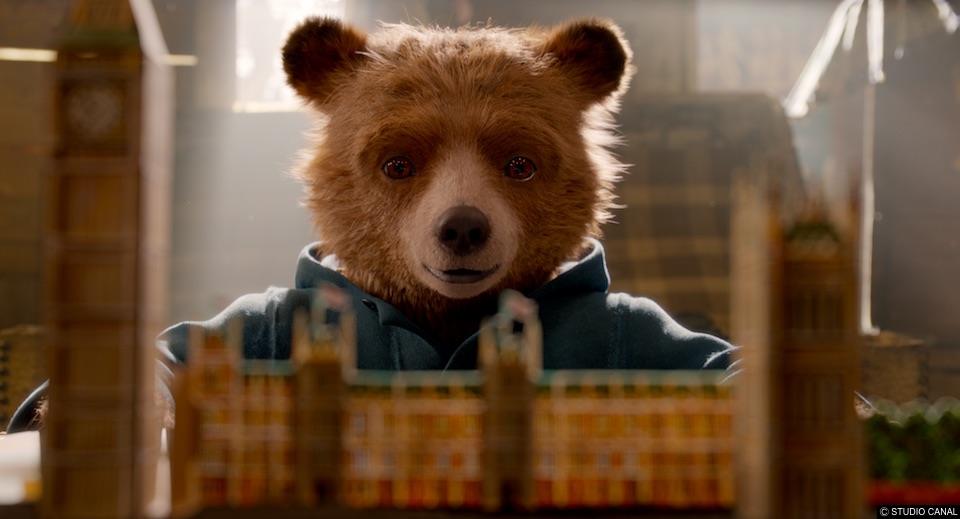 PADDINGTON 2 – Your second favourite bear after that hairy muscled gay bloke you met in the darkroom at XXL or Brut is back for a sequel and this time he falls foul of the law and is eating porridge rather than marmalade sandwiches.

Nutshell – The most polite Peruvian ursine returns and is in a battle with Hugh Grant’s baddie for a special book with a hidden treasure trail that Paddington needs as a very special family present. Things go amiss when he gets framed for theft and is sent to prison for 10 years which is a long time in bear years, can he escape, find the book & treasure and save the day in probably the happiest film of this and any year?

Tagline – ‘Free Paddington’ and ‘It Takes A Bear To Catch a Thief’.

THEGAYUK Factor – This is probably the most perfect family movie ever so nothing “gay” here… move along. This is the movie to take your Mum to or your little nephew but you will probably enjoy it the more than any of them. If you want gay smut just wait 7 days for the Justice League as there is hoards of it there.

Key Player – Ben Whishaw as the voice of Paddington is perfect you cannot imagine anyone else doing it now he has the friendliest tones imaginable and can make you care, laugh or cry with just a simple turn of phrase.

Budget – $80 Million. The first film was a huge surprise hit making $250 Mil worldwide – this with pre-brand recognition will make a lot more as, whisper it quietly, this is an even better movie. The first film is the biggest money-making independent family film of all time expect that record to have gone well before Christmas here.

Best Bit – 1.14 mins; There are three very sad and dark sequences here and the last one is a real doozy and it comes right after some great laughs and a huge action sequence and it will hit you like a sledgehammer – superb filmmaking, taking your hankies.

Worst Bit – 1.27 mins; There are two sequences in the final credits the first one is a Hugh Grant song and dance number that is just screaming for a much hookier better song. The only hiccup in this whole enterprise – rare for a sequel indeed.

Little Secret – The creator of the character and books Michael Bond was told that the sequel had been greenlit on his 90th birthday. He sadly died at 91 on the exact same day as the last day of shooting, he never saw the finished film but adored the first one and we know he would love this even more. He published the last ever Paddington book in April of this year… that is active in your old age.

Any Good – It is so rare for a sequel to be better than its predecessor as there are so many traps and issues with sequels. We rate this alongside the great step-ups like Aliens, Terminator 2, The Two Towers, Star Trek 4, Return Of The Jedi and Fast & Furious 5. Let’s make it simple, this is marvellous, perfect entertainment for everyone, very funny, great action and an instant classic… with fur on to be watched with a smile on your face for years to come. Be prepared to be taken back to your childhood in spades.