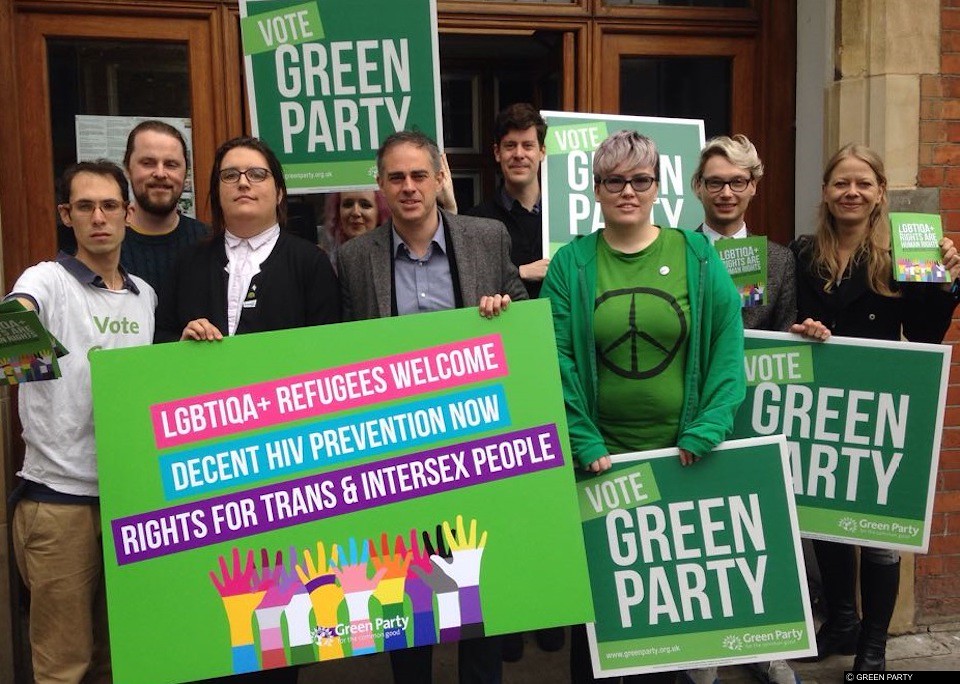 Speaking out against, MP Andrew Turn, who stepped down after alleged homophobic comments were made to a sixth form class, the Green Party has called the Conservative MP “unfit” and says only the Green party can offer protection to LGBTs.

MP Andrew Turner who has represented the Isle of Wight for 16 years has resigned after reports emerged that he said he thought it was “wrong” to be gay, and that he thought that it was “dangerous for society”. He allegedly made the comments to sixth form students at the Christ The King College in Newport.

The Green Party has called the minister “unfit” and said that his comments were abhorrent. Reaching out to the LGBT community,

“Andrew Turner was unfit to represent the Isle of Wight and his recent, abhorrent comments left his place in Parliament completely untenable. People here deserves someone who will stand up for them. Today the Green Party announced radical plans to protect LGBTIQA+ refugees, provide decent HIV protection and promote rights for intersex and trans people – that is the kind of politics people in the Isle of Wight need and only the Green Party can offer.”

In their latest manifesto aimed at the LGBT community, the Greens are keen to bring in a raft of new policies which would secure rights for non-binary, trans, asexual and aromantic people.  The word bisexual is mentioned once, lesbian and gay are mentioned four times, intersex 10 times, non-binary 12 times and the word trans is written 19 times.

However, they did use language such as “men who have sex with men” which has largely been disapproved of by the gay and bisexual male community. The manifesto also does not mention changing current divorce law to equalise it with opposite-sex marriage. They also failed to make policy on how to tackle LGBT+ homelessness.

It is, however, the first political party to present its LGBT+ manifesto.