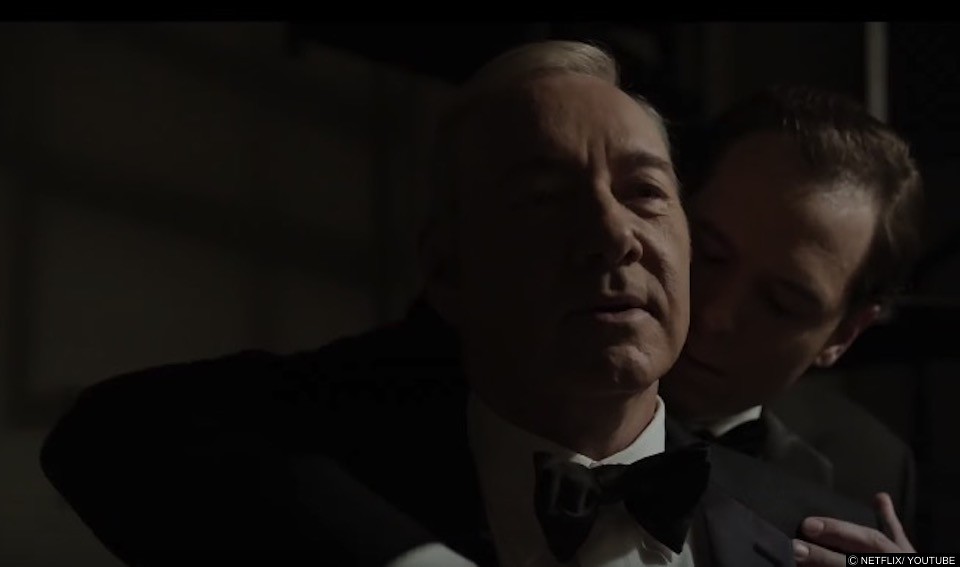 The new trailer has hit social and it very briefly hints that Frank’s bisexuality might be coming out.

**spoiler alert** if you’ve not watched the first or second or fourth season do not read beyond here.

So it seems as though Frank Underwood might be letting his sexuality flourish in season 5 of House Of Cards. The brand new trailer has been launched and there’s a very, brief moment of same-sex activity. Blink and you’ll miss it though.

His previous man-friend, his bodyguard Edward Meachum, died in series four, but now it seems there’s another man on the horizon for Frank Underwood.

Watch the trailer below

The new series is out later this month.