LOOK AT ME | HANNAH SPEARRITT: Madonna Should put a onesie on, do a bit of space docking and watch Ru Paul’s Drag Race. 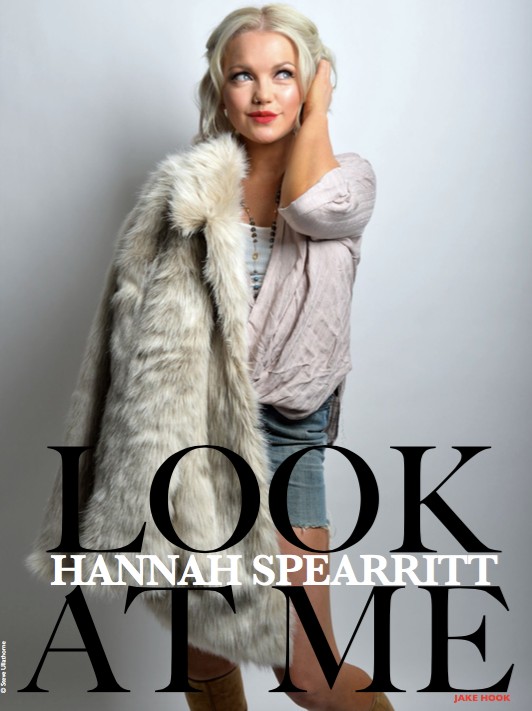 We catch up with Hannah Spearritt – yes she from S Club 7 fame to find out what her drag name is, why her character on Casualty is actually a dirty minx and why she’d be up for a 20th anniversary of S Club 7 – when the time comes.

JH: She’s one of those is she?
HS: She’s a complete slut.

JH: Your first pet and your mother’s maiden name.
HS: This is not sexy. It’s Barry Bain. (laughter) That really isn’t good. That has to be the most un-sexual name in the world.

JH: Well do you want to know what your drag name is?
HS: Ok, what’s that.

JH: Well we use a website. so your first name is Hannah so I’ll type that in. And the name of your first pet was Barry?
HS: Yeah, Barry the Hamster… (laughter)

JH: Ok now you have to pick you’re favourite song from this set list…
HS: Vogue.

JH: And you’re famous for Sickening Fashion.
HS: Brilliant. Can I do one more? What was the list of songs again?

JH: Apparently you’re famous for death drops and high kicks.
HS: Oh I love it. That’s the one. I love drag.

JH: So drag is:
A) The greatest thing since sliced bread.
B) Creepy, wrong and slightly evil.
C) A chance to see how a dress should be worn.
HS: Ooh it’s a choice between A and C. I’ll go for A.

JH: Would you like to be a judge on RuPaul’s Drag Race?
HS: Oh, I’ve not seen this what is this? Is it a television program?

JH: It’s on television. You’ve got a television right?
HS: I’ve obviously been out too much and not watching this programme.

JH: Monday nights. Tru TV. I don’t know what channel that is.
HS: Ok I’ll look for it. I literally have every channel going but I’ve not come across it. I do apologise. I’m sure I’d be an avid fan if I was.

JH: Moving on. At the moment there is this thing going on with the Spice girls reuniting for their 20th year. In a couple of years it’s going to be 20 years of S Club 7. Would you be up for a reunion of that kinda scale?
HS: Is it really going to be 20 years? I think it would be lovely to do something to mark that but I had no idea it had been that long. I’m sure you’re right. Yeah, we got together around 1999. That’s crazy. So yes, it would be awesome to mark that 20th somehow.

JH: You’d need to learn all those dance moves again.
HS: I know.

JH: I could come and teach you.
HS: Are you a choreographer?

JH: No but I know the dance moves.
HS: I bet you do. I bet you know them more than I do.

JH: You could tag team.
HS: Exactly we could take rests. We could have three fighting while we take rests.

JH: Yeah. They fight like their dad… It’s in their lyrics!
HS: Oh it’s in the lyrics. Oh I’m sorry. (laughter)

JH: Do you know what Amyl Nitrates is?
HS: It sounds like a chemical.

JH: It’s poppers. Have you heard of poppers before?
HS: (shyly) Yeah. (laughs) Oh dear. It’s been years since I’ve seen those. (laughs)

JH: Your days in the G-A-Y bar are all coming back now.
HS: Yeah. My God that has taken me back.

JH: Do you know what space docking is?
HS: I don’t but I’m thinking about it…

JH: Yes.
HS: Do you share willie shots by webcam?

JH: No, but good guess. It’s where you get each others foreskins and place it over each others willies.
HS: (laughter) And then what happens?

JH: What should Madonna do next?
HS: God. What can she do next? That’s the question. She’s done everything. Go and get a nice cuppa tea (laughs) put a onesie on, do a bit of space docking and watch Ru Paul’s Drag Race. And, film herself doing it and stick it on that stupid programme where they film people watching TV. What’s it called? Google… Goggle Box?

JH: What is the best way to deal with a broken heart!
A) A big bottle of red, Celine Dion CDs and ice cream.
B) Scissors to all his trousers, undies and ties.
C) Put everything in a box to the left.
HS: Erm C. And then, if anything was left, burn it. Go outside get the bbq out and burn it.

JH: Have you ever done that to an ex’s stuff?
HS: I’ve done little things before, but more spiritual. When I want to let go of something then I would burn that one piece that reminds me of that particular person or feeling and burn it to kinda release… I sound so weird now. To say goodbye to it but not in an angry way but in a releasing thing from me.

JH: Complete this sentence. Champagne is..
HS: I was gonna say better than sex, but it’s not. Champagne is great for breakfast.

JH: What’s more enjoyable your pop career, your soap career or your musical theatre career?
HS: You’re gonna think I’m sitting on the fence on this one but they’ve all been good in different ways. For me it’s been about timing. S Club wouldn’t work for me now, yet it worked for me then. It really worked for that part of my life when I was 16, when I was happy to run around a stage and smile all the time. I don’t want to smile all the time anymore (laughs). If I’ve got something to say I’ll say it, but back then it was, “no, happy all the time, come on”. I would have to say, from my current point, the acting side because that’s what I want more and hopefully what I love continues.