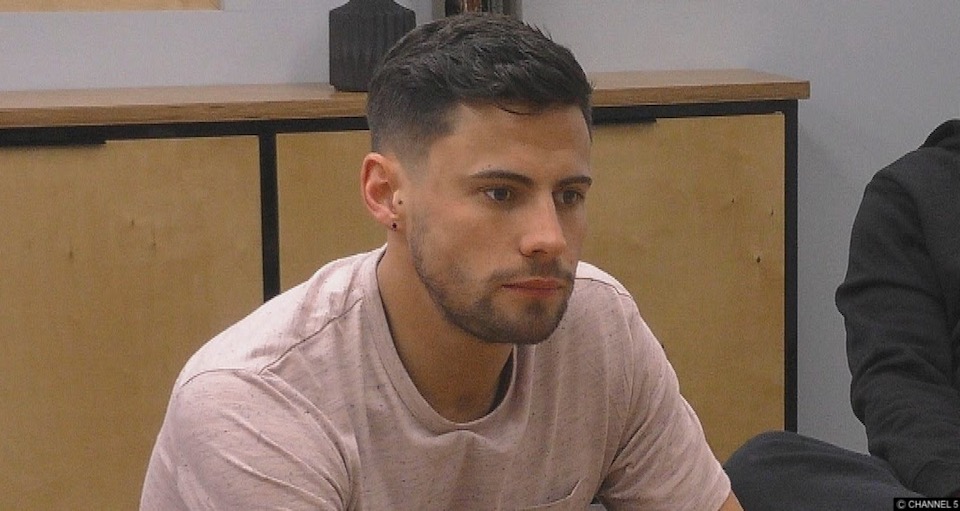 The Apprentice star, Andrew Brady is in the Celebrity Big Brother house and his flirting with Shane J / Courtney Act is making some viewers wonder whether he’s gay, bi or straight.

Apprentice star Andrew Brady, 26,  has been finding himself in some very cosy moments with drag queen Courtney Act, also known as, Shane J. However despite his onscreen flirtations with Shane, Andrew identifies as straight.

What’s more, he apparently has a girlfriend outside the CBB house.

However when pressed about his attraction to Courtney Andrew told Big Brother, “Courtney’s only ever out when we’ve had a few drinks, Courtney looks even better”.

The closeness between Shane J and Andrew has caused some viewers of Channel 5’s CBB to speculate about Andrew’s sexuality. Andrew has maintained that he is straight – although does find Courtney Act, Shane’s drag persona to be quite attractive.

Bromance or Romance: The flirty couple shares an intimate bath together and find lots to laugh about. Their closeness on the latest series has viewers wondering if something romantic could happen between the pair.

Continuing about his attraction to the drag queen, he said, “I’m not taking anything away from Shane, he’s a good-looking lad, but when you’ve had a couple of drinks, you see Courtney and you’re like, ‘Wow.’”

He then begged Big Brother to keep him away from booze, saying he didn’t know what would happen if he was to get drunk. He continued, “Big Brother, you need to stop giving me alcohol when I’m around Courtney, because you never know!”

Cheeky arse slap. Andrew gives Shane’s tush a quick slap in a show of affection between the two housemates.

Of course, this isn’t the first time a bromance has been struck between two guys in Celebrity Big Brother, in 2015, out housemate, Austin Armacost struck a very cosy relationship with straight-identified James Hill, who would go on to win the series.