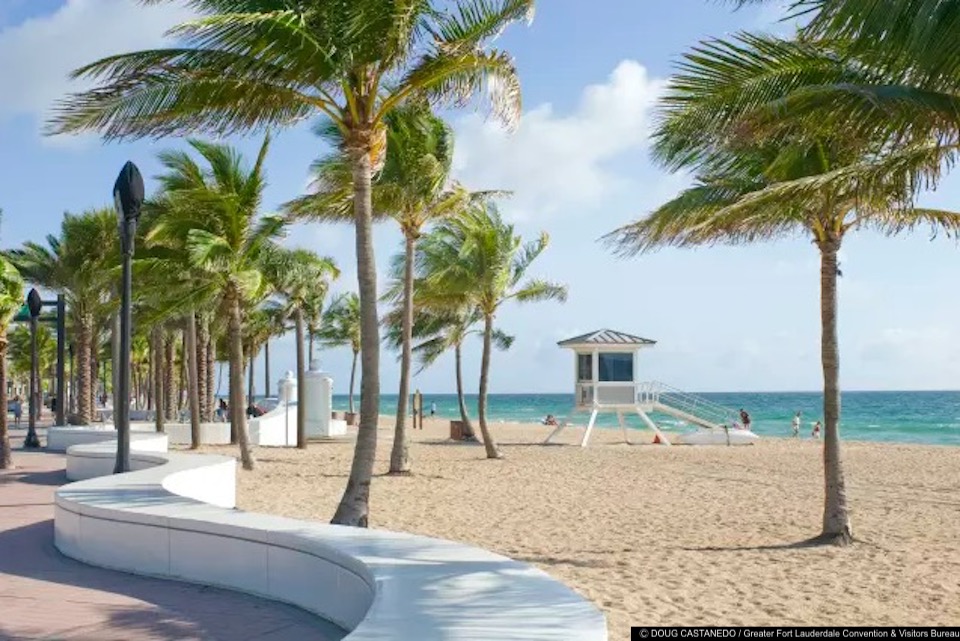 We hear many appealing things about gay hotspot Miami, and eyebrows start to raise when Fort Lauderdale, Florida wants to step up to contest with a gay scene that competes with all gay capitals around the globe. With fabulous beaches, outstanding weather, fresh seafood, and the recently launched direct route from London Heathrow to Fort Lauderdale (BA), I wonder if Fort Lauderdale can be listed as a favourite gay hotspot?

Retirement springs to mind when I hear about Florida, especially when the state boasts the highest percentage of people over the age of 65. It’s the centre of juicy oranges, the birthplace of commercial aviation, and thanks to the likes of Disney – tourism is the engine that drives Florida. I questioned why I’d choose to travel to Fort Lauderdale, instead of neighbouring gay Miami (30 miles) or gay haven Key West (approx. 189 miles away) and was surprised to find numerous gay exclusive hotels in the Fort Lauderdale area. Ideally situated near the oceanfront, I was welcomed by gay owned and operated – The Grand Resort & Spa. A reserved and refined resort that has plenty of touches, such as: the 24-hour access to the friendly and professional front desk team, pool/jacuzzi, unlimited towels, selection of housekeeping services, hot breakfast, fully equipped large kitchen/living room (in penthouse suite), quality toiletries including mouthwash. They all making a stay extraordinarily fresh and very comfortable. 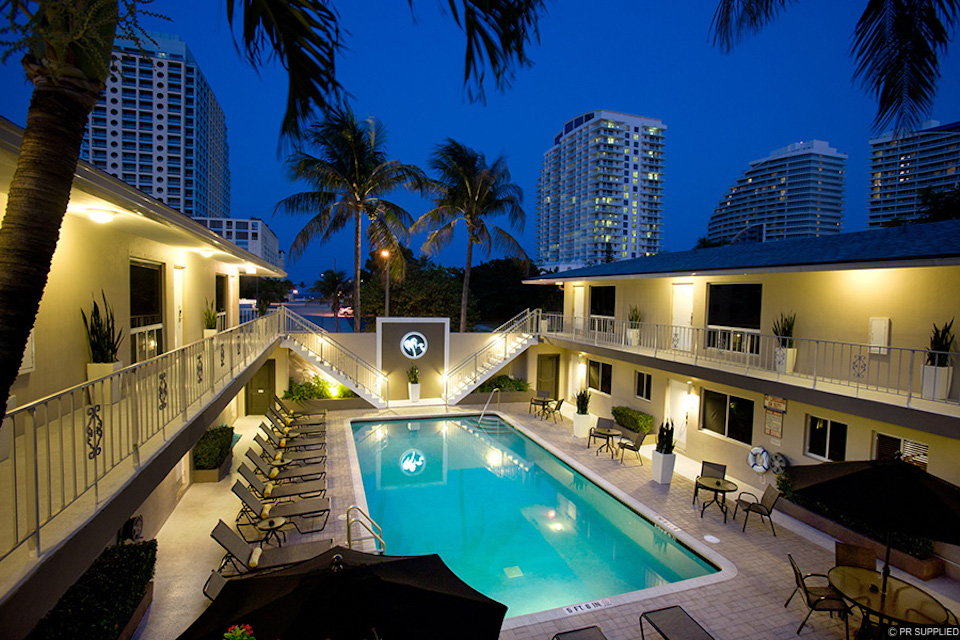 Although The Grand Resort has its own award-winning spa, I ventured out (or I would never leave the resort) to the newly opened Hush Spa situated in Fort Lauderdale’s gay area of Wilton Manors. Spoilt for choice from the all-male focused indulgent menu, I opted for one of their signature massages, and if you enjoy precision with elements of nurturing, then I think any service would be recommended. The social atmosphere that the staff creates makes you want to keep a bit hush-hush like a new best friend – all to yourself.

Wilton Manors is where most of Fort Lauderdale’s gay establishments are – I struggled to find a bar that didn’t have a view of a shopping complex or a car park, and travelling from wintry London, why would I not want to spend time al fresco with a view of the ocean?

Walking along the oceanfront was far more appealing, and the South Florida humidity always complements a stroll.

During my visit, I took an oceanfront 2-mile walk in shorts, vest, and flip-flops (Dec ‘17), and after some time in the sun, my face was ready to be treated. I found myself sipping champagne (nice touch!) before my facial at the impressive Marriott Harbor Beach Spa; by this time, I was almost certain that spa hopping was far more fitting than bar hopping. The treatment I had was exceptional, and I couldn’t wait to show off my new face to the Floridians, and what better way of doing so than by dining at Ocean 3030? 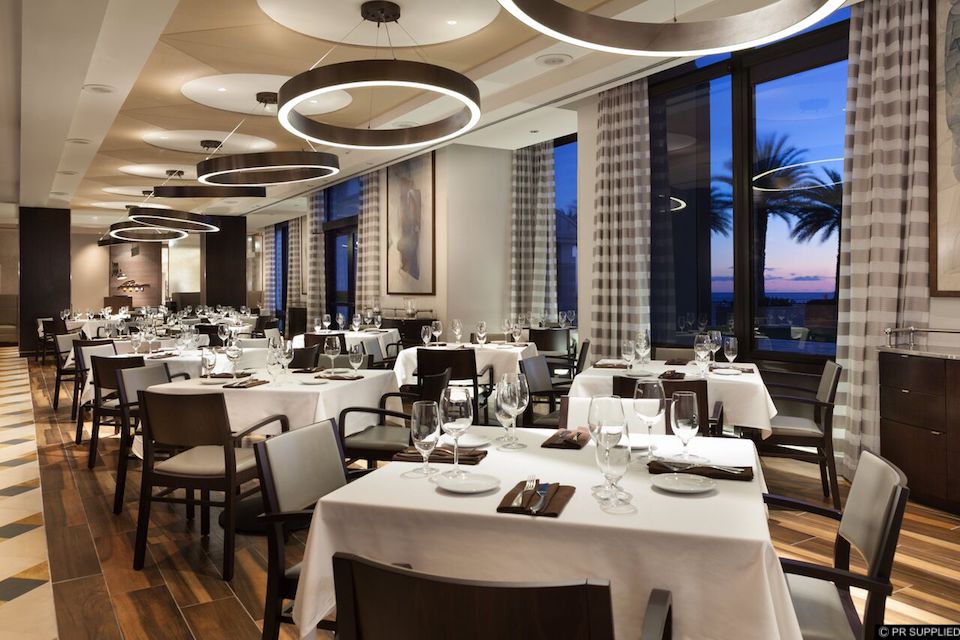 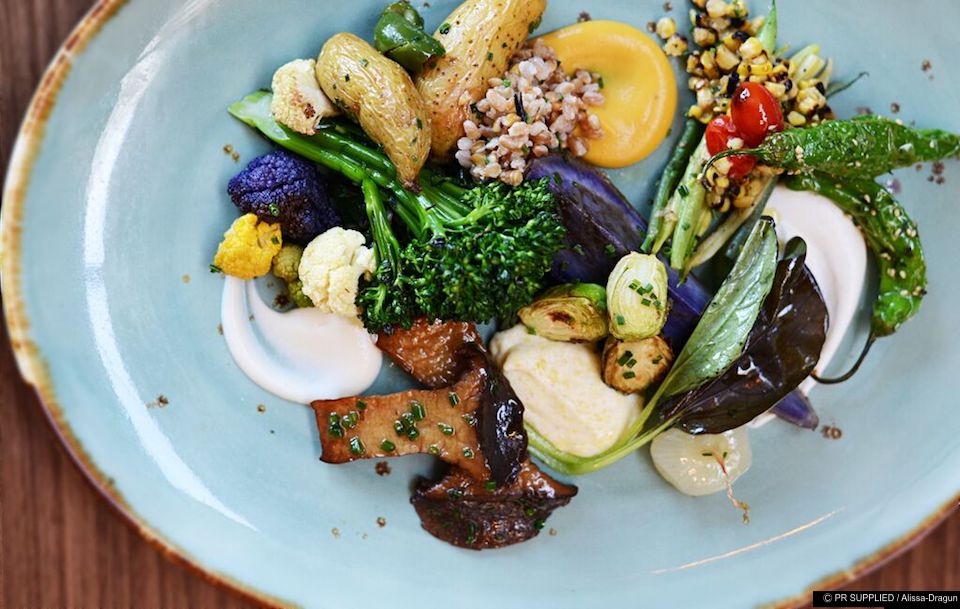 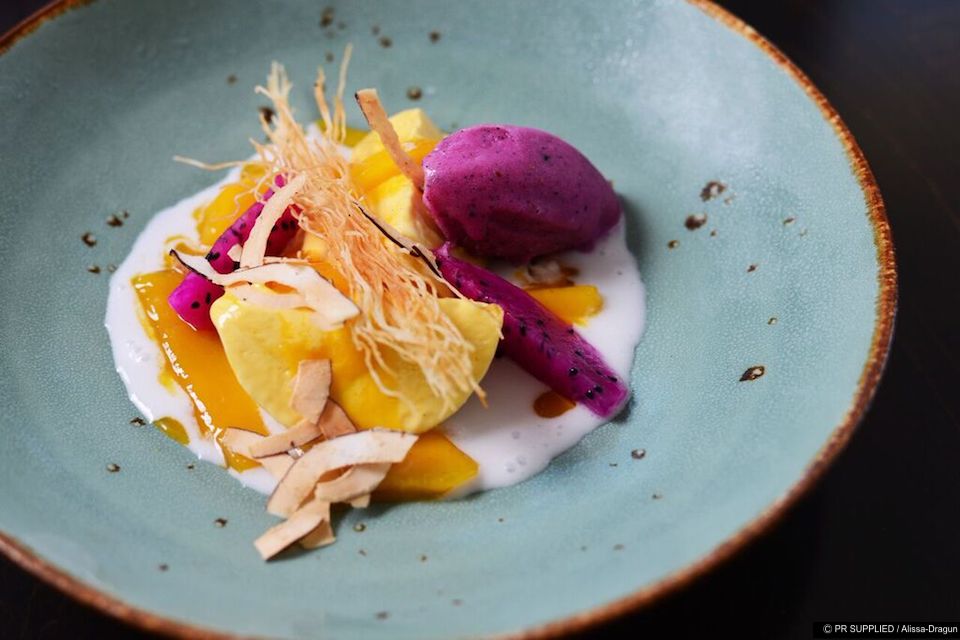 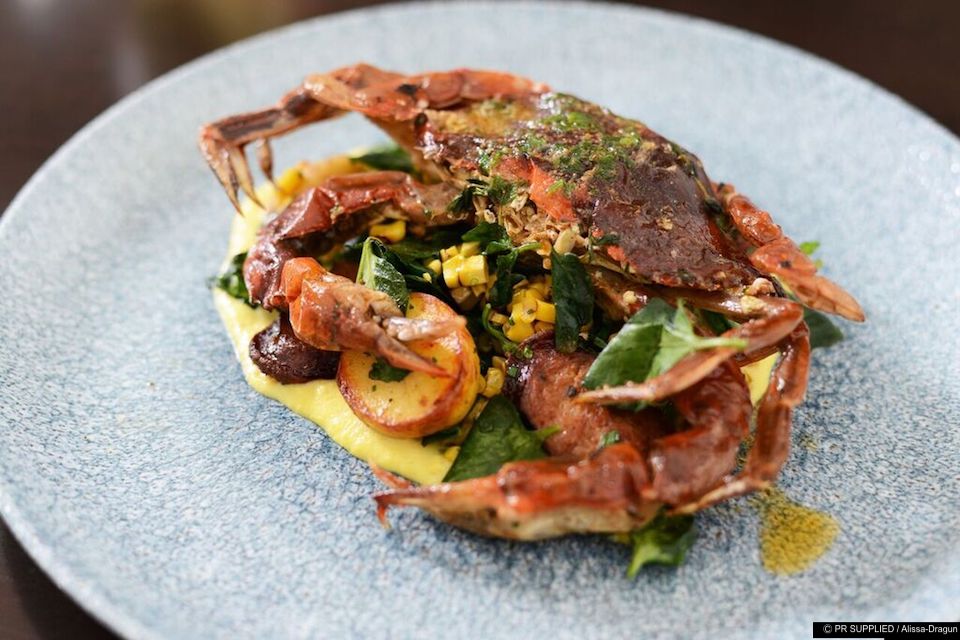 Executive Chef Adrienne Grenier had all my senses on fire with her carefully constructed tasting menu. I felt as though my dishes were prepared as if I was the only patron in this shimmering restaurant. The American modern seafood restaurant embraces dining with technology by having electronic menus on tablets so you can see how your cocktails will be made and have an idea of what your dishes will look like – some may argue that they want to be surprised, and that’s fine as they have regular paper menus as well.

The surprise will always be in the taste. Chef Grenier made sure that my meal was going to be the highlight of my trip, and it indeed was – over and over again. 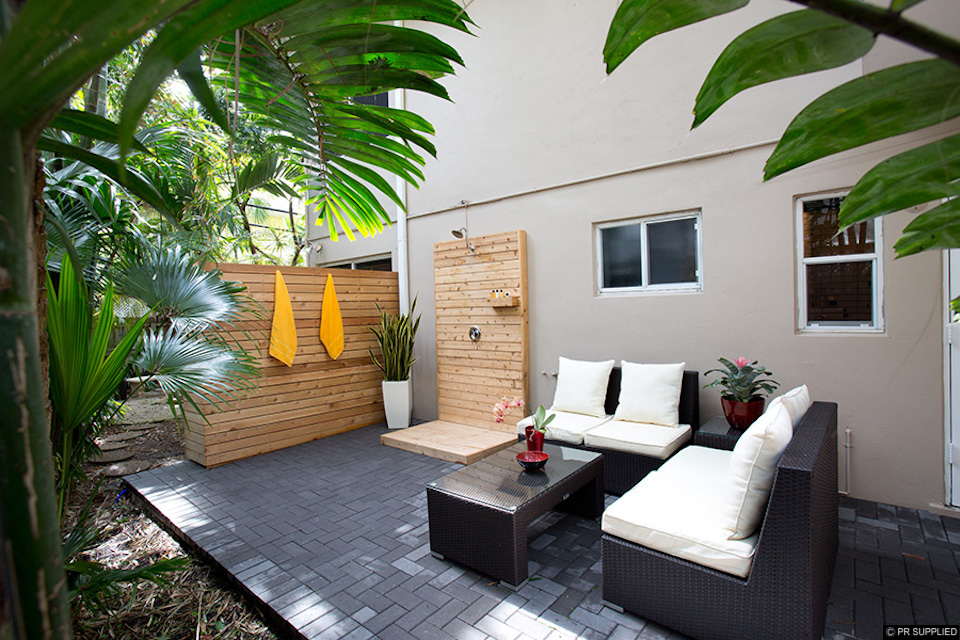 The Grand Resort and Spa is grand in value and location, and I would loosely recommend Fort Lauderdale to those that enjoy the quieter side of a gaycation. Accommodation at The Grand Resort is a lot less inexpensive (even for a penthouse) compared to other hot spots such as Miami and Key West. Clothing is optional in parts of the resort, which meant that you could sunbathe and use the jacuzzi in the nude.; however, because of alcohol licensing, swimwear must be worn in and around the immediate area of the pool – great for those that enjoy a drink, and not so great for those that don’t. 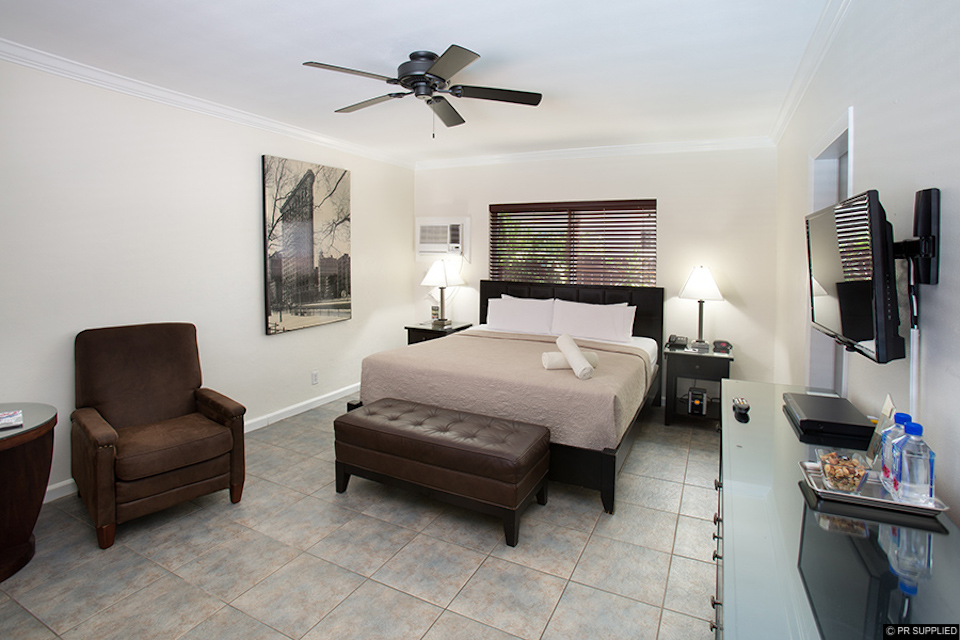 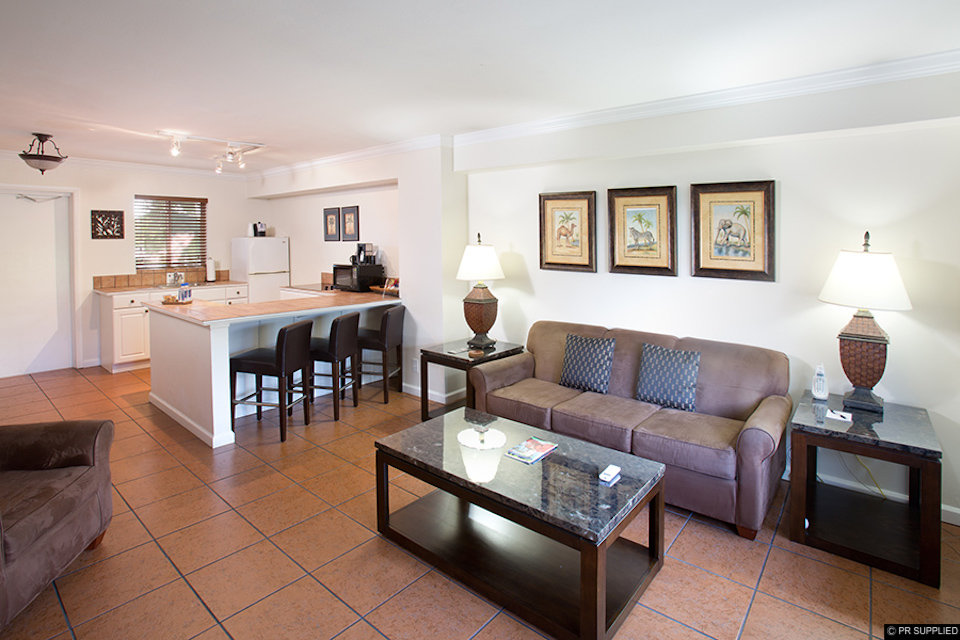 Five things that you must never do at The Grand Resort & Spa:

A grand hotspot for a gaycation in the winter sun!

BOOK THIS TRIP, Check out the latest prices: