Joe And Jake To Snog At Eurovision? 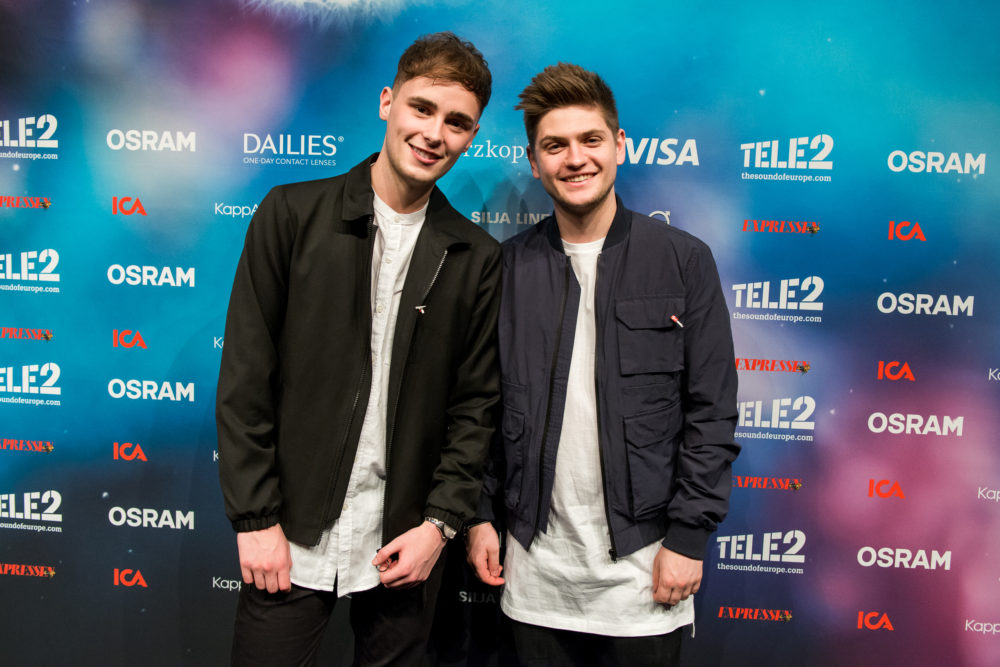 The UK’s entrants to Eurovision, Joe And Jake have said that they could snog at the end of their performance.

The duo, who insist that they are just friends, haven’t ruled out kissing each other at the end of their performance on Eurovision, with Joe saying,  “if needs must. Let’s not take anything off the table here”

Speaking to The Sun Online the cheeky pair said that their fans had asked them to kiss at the end of their song.

Although they called the request from fans “bizarre” they haven’t ruled it out.

The You’re Not Alone singers met originally on The Voice – and are set to sing live in front of an audience of 200 million on Saturday night.

So are they boyfriends? Apparently not – and they aren’t looking for a relationship either.

“To be honest we don’t have time for a great deal. We don’t even have time to go home and see our parents, never mind a relationship.”

The boys, it seems, have impressed the rest of Europe. After a rehearsal in Stockholm, bookies slashed their odds of placing last in the competition to actually coming in the top 10. The last the UK entry to come anywhere close to winning the competition was Jade Ewen with the Lloyd-Webber tune, It’s My Time.