FILM REVIEW | Three In A Bed, Where is the chemistry? 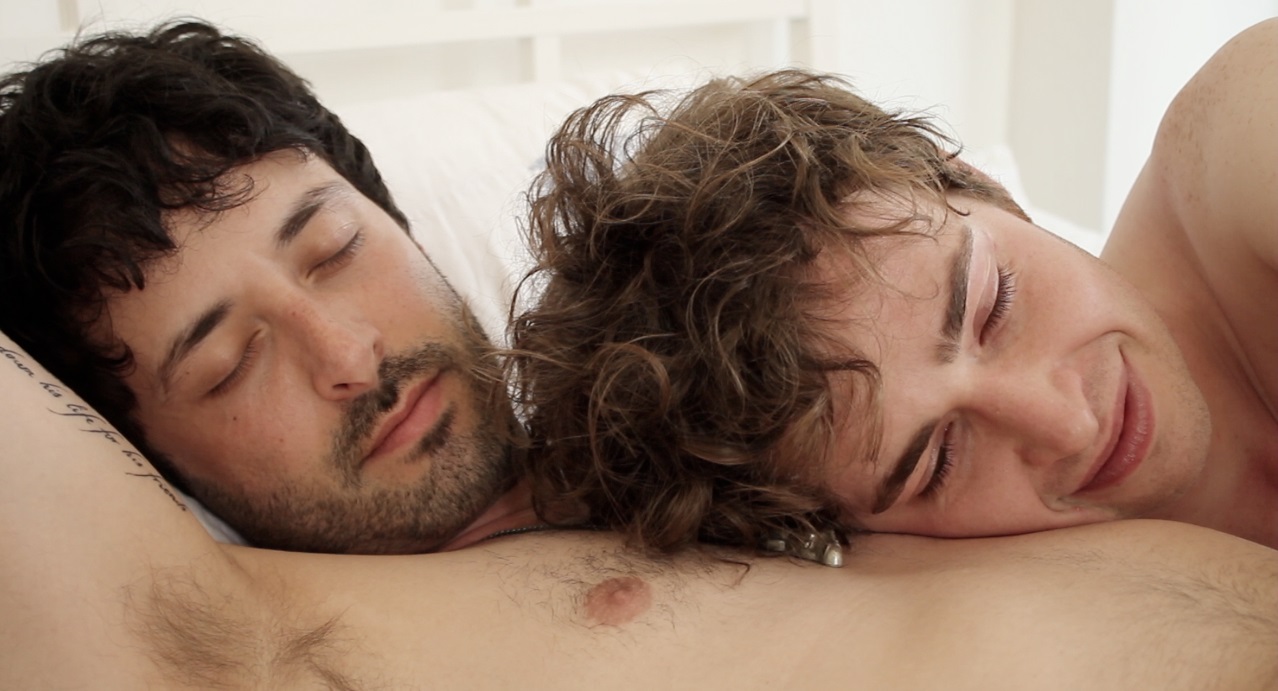 The movie has a happy ending for Nate but not necessarily for us. When there are three in a bed, sometimes that can be at least two too many.

After his mother dies, twenty-something-year-old struggling musician Nate has taken on her mantle and the responsibility of looking after his two self-centered sisters.

When both of his sibling’s lives take a turn for the worse: one finds out her live-in boyfriend is cheating on her and the other discovers that the married man she has been dating has got her pregnant, they move in with him in his small one-bedroom apartment. It doesn’t give him much privacy or independence at a crucial time in his life when he is slowly discovering his sexuality.

The object of his affection is Jonny the boy-next-door who quickly falls in love with a confused Nate, but when the going soon gets rough, Jonny runs off to France to drown his sorrows by getting a job erecting tents! Nate discovers that not only does he miss Jonny, but also that he finally has something to write a song about.

This micro-budget romantic comedy set in Manchester and funded mainly by actress Jody Latham who plays one of the sisters, is full of good intentions and a great deal of enthusiasm. Sadly that does not make up for the painfully weak script or some extremely lame acting that makes one wince instead of smiling much of the 81 minutes. What was particularly disappointing was the lack of any real chemistry not just between the two men but with the siblings too and all the other characters.

The movie has a happy ending for Nate but not necessarily for us. When there are three in a bed, sometimes that can be at least two too many.