Olly Murs just revealed something incredible about The Voice 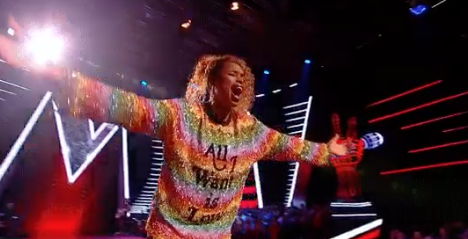 Olly Murs has hit out at claims that those impromptu performances by the judges you see on The Voice are all faked.

Those impromptu performances by the judges on The Voice aren’t rehearsed according to Olly Murs, but are actually live, of-the-moment performances, which are all busked.

Taking to social media Olly, who is the most successful solo act ever to come out of the X Factor, said that he hated it when fans of the show accused the seemingly effortless performances by the judges during the wait time in between contestant auditions were rehearsed.

The star made the claim after Jennifer Hudson performed a flawless, on-point, in the right key, version of “The Impossible Dream” backed by the show’s talented live band.

He wrote, that he hated when people constantly asked whether the performances were rehearsed before adding that Jennifer Hudson is constantly singing in her chair, “Nooooooo we don’t!” he wrote, “This is @IAMJHUD every time I see her in that chair, she’ll sing anything at any time & I have the pleasure to be front row to see it!”

Hate when people come up to me and say “is this rehearsed….? You must practise with the band?” Nooooooo we don’t! This is @IAMJHUD everytime I see her in that chair, she’ll sing anything at anytime & I have the pleasure to be front row to see it! Love her ????@thevoiceuk pic.twitter.com/8GXy6b0x6g

The Voice continues next Saturday from 8 PM.