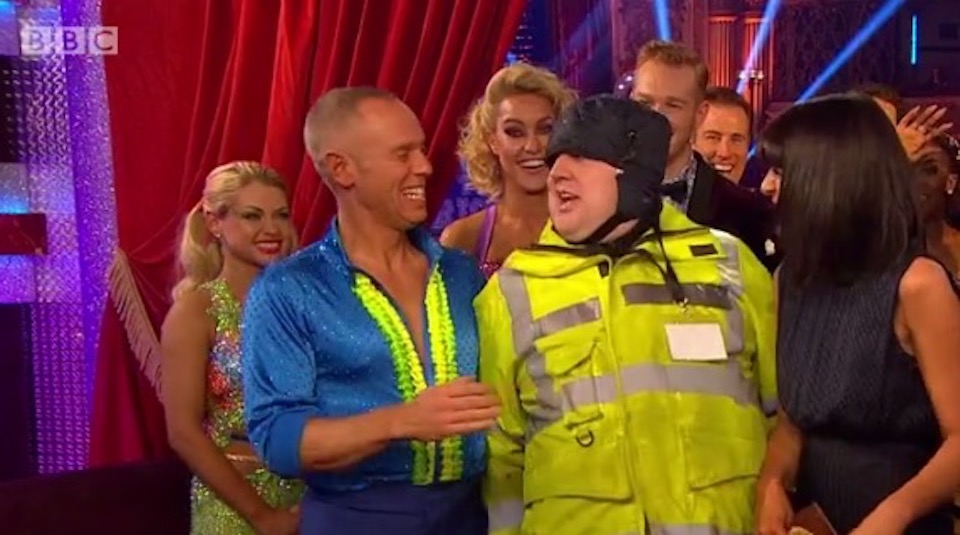 Peter Kay has come under some strong criticism after a joke towards Strictly celeb Judge Rinder backfired.

Peter Kay has been criticised after an interaction with Strictly celeb, Judge Rinder, who is gay, was interpreted as homophobic by viewers at home. The comedian was blasted on social media after telling Robert Rinder that his, “case was closed” after pretending that the Judge had touched his backside.

“Hang on let me say hello to this fellow, he’s fantastic,” before the pair hugged. Peter Kay backing away continued, “Steady, watch it me lord! This case is firmly closed!”

Almost immediately viewers on Twitter slammed the comedian for his poor judgement and “homophobia”.

Peter Kay there, wringing out dead catchphrases from 10 years ago and relying on casual homophobia for cheap laughs. #Strictly

However many people also sided with Peter Kay and said that the joke was not homophobic,

I see Peter Kay is being accused of homophobia.
What he said was a bit off but I doubt Judge Rinder was remotely offended. #strictly

To everyone saying that @peterkay_co_uk was being homophobic 2 @JudgeRinderUK get over yourselves! Rinder laughed more than anyone!!!

Humour-free libtards PC tossers, moaning about Peter Kay being "homophobic" on Strictly! Rinder – the butt of the quip – thought it great.

Robert Rinder laughed heartedly at the comic, before Peter Kay continued with his job, which was read out the T&Cs of the Strictly Come Dancing phone in.