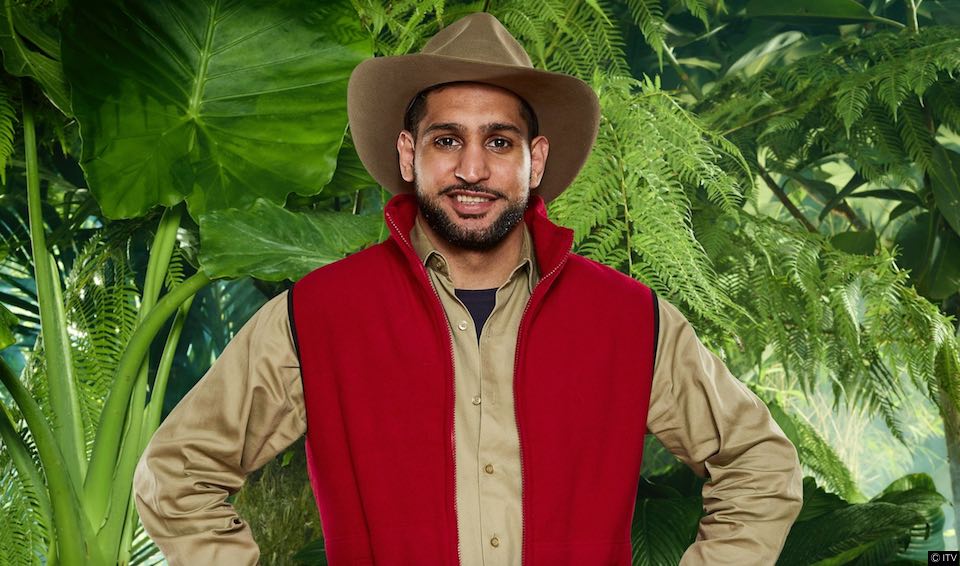 In his Jungle trial, boxing champ, Amir Khan, shouted those infamous words “I’m a celebrity get me out of here”.

It didn’t take long for the homophobes on social media to start hurling slurs at the boxer.

Amir Khan is the first celebrity to utter the phrase, “I’m a celebrity get me out of here,” in a long time after facing his darkest fears, snakes.

In the task, which was broadcast on last night’s episode, he had to put his hand into a number of holes filled with crabs, creepy crawlies and snakes. After minutes of trying and failing to even get his hand into any of the holes, he plunged his arm into one, only to pull out a live snake, proving too much for the star. Moments later he yelled those infamous words.

Some fans of the show, however, equated his failure to being gay and hurled homophobic slurs, such as “faggot”, “batty” and “queer” at the 30-year-old boxer.

amir kahn thought i was having a heart attack. you have to have a heart. first u fucking wimp. #faggot #bottlejob

Everyone is gonna vote for Amir now, what a faggot ?

amir is a faggot and toff is fucking brilliant

Amir is a batty

Some tweeters used “gay” in a pejorative way,

Whilst others couldn’t help but call him a “faggot”

Others opted to call Amir, “queer”

Bravery has nothing to do with sexuality.

Jake Hook, Editor of THEGAYUK.com said, “It’s truly disappointing that in 2017 people on social media still equate being gay with being fearful, weak or somehow inferior. This kind of bullying and trolling just further embeds the notion that being LGBT+ is less than and weak and it has to stop. Some of the bravest, most powerful people in the world are members of the LGBT+ community – some of whom have faced worse than snakes in a pit. Bravery has nothing to do with sexuality.

“Amir Khan’s inability to complete a task has nothing to do with his sexuality – but more to do with the fact that he’s scared of snakes.”