Six Ways to Stamp Out Homophobia in the Workplace

Looking at the stats, it’s clear that homophobia in the workplace is still a problem – and one that many of us will have encountered. 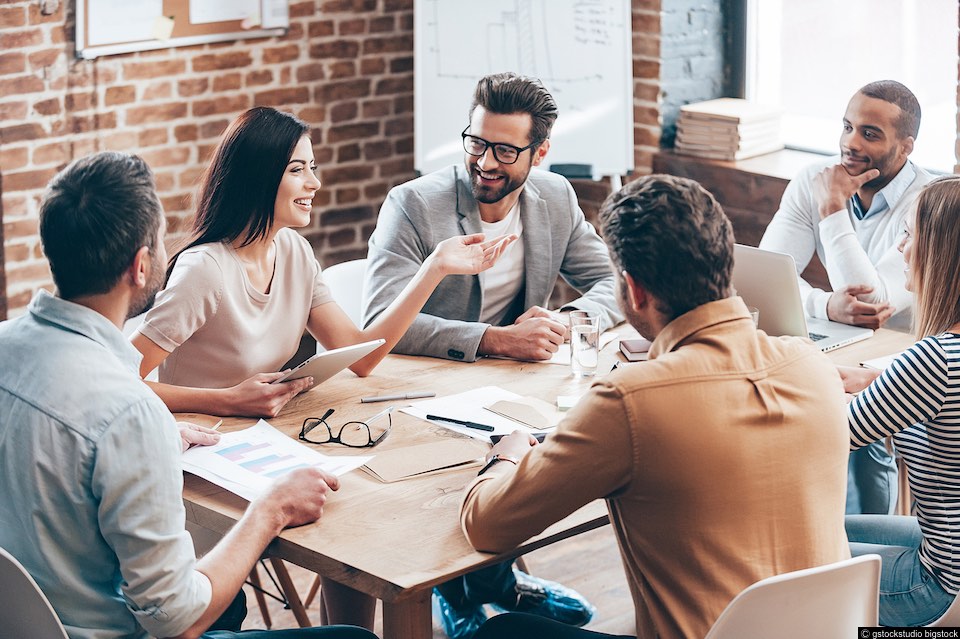 One in five LGBT+ people have experienced bullying from colleagues or customers in the past five years, one in five wouldn’t feel confident reporting homophobic bullying in the workplace, and in the UK, 2.4 million people of working age said that they had witnessed verbal homophobic bullying at work. Adding to that,  a massive 26 percent of LGBT+ people are not open to their colleagues about their sexual orientation – so in this age where we have rights that are verging on equal, something’s clearly amiss. In fact, The Human Rights Campaign – a US lobby group, found that a huge 62 percent of millennial LGBT+ graduates went back into the closet when starting their first job – something I was guilty of, and something that can get the careers of LGBT+ people off to an uncomfortable and unpleasant start.

That in mind, we’ve put together a list of 6 Ways to tackle homophobia in the workplace. Given that most of us are spending 40+ plus hours a week there, it’s more important than ever that the workplace is somewhere LGBT+ people can feel free to be themselves and to contribute openly and equally to the working world.

Homophobic discrimination and harassment is illegal – and has been since 2003. There’s no doubt that a lot of people don’t see their comments as discriminatory or harassing, but if you encounter homophobic abuse, tell someone – speak to your manager or, if they’re the problem, speak to the HR team or someone you trust higher up in the company. Awareness is important – and if they know it’s a problem then chances are training can be put in place to make sure that this doesn’t happen again, either to you or your future colleagues. If you’ve left a job due to discrimination or harassment, then speak to your local Citizen’s Advice – they can offer advice on what to do next, and whilst legal action may be the last thing on your mind, they can advise if they think it something worth pursuing.

By being open I don’t mean arriving for your first day at work riding a rainbow unicycle and singing “I Am What I Am”, but more being yourself in the workplace and taking part in conversations with your colleagues in a way that you’re relaxed with. There’s always going to be questions about your home life when you’re new to a job – and it’s only going to be easier for you if you’re open from the off. That fear of coming out is often far worse than the result – and given that it’s likely you’ll already have done it once, expressing that to your colleagues in a manner of fact way should hopefully be a walk in the park

A macho work culture can be fun at times – but it can also be damaging for those who don’t fit into that stereotype. Much like at school, offensive phrases are often flung around with little malicious intent behind them, but they’re still symbolic of a culture that needs to change. Be straight with people – if you don’t like a comment or phrase, have a direct word with them. Most people will respect that, and if they don’t, your manager or HR partner should be able to advise further, and potentially play a role in re-educating your colleague. Cultures like this can only be changed by raising awareness – so it’s important to say something if you’re not altogether happy.

Being comfortable and secure in the workplace isn’t just something that will make you feel better – it’s been proven that being able to be yourself in the workplace can hugely increase productivity. It could be worth mentioning this if you feel like you’re feeling homophobia in the workplace, as companies will want the best possible work from their employees, and stamping out homophobia will go a long way to ensure that. Adding to that, companies with diverse workforces can attract a wider range of customers, as well as improving ideas and drive by being full of contrasting and complementary backgrounds, experiences and situations. Making the workplace more colourful can only be a good thing – bosses should be selling and celebrating the diversity of their employees.

The community can be a big part of gay life – and the workplace is no different. It can all depend on the size of your company, but there’s a strong chance that someone else there will be LGBT+. Like straight media often assumes, being gay doesn’t mean that you’re immediately going to be best friends or lovers, but having shared experiences in the workplace can help. If there’s enough of you, you can look at starting up an LGBT+ network. I’ve attempted to do this in the past and found that there’s a lot of help available out there – including many straight allies who were immensely encouraging. Even if your LGBT+ network just goes for a monthly drink in the pub together, it can be a huge source of support for those inside the group, as well as providing vital visibility for those on the outside.

Sounds like a big ask – but encouraging training and education in the workplace can make a huge difference. Corporate Social Responsibility is becoming a huge thing for many companies – and ensuring that LGBT+ visibility and training is part of this channel is vital. Speak to HR and see if there is a “CSR” manager or advocate in the company who you can chat to about training – these things not only benefit companies hugely but also, it’s worth pointing out, can serve as excellent PR. If there’s no CSR person or no training plan available, why not write some yourself? The stats are easily found out there, and organisations like Stonewall (linked at the top) provide fascinating and relevant information on LGBT+ people in the workplace. It’s something I’ve done it in the past – and it was an eye-opener not just for my colleagues, but for me as well – so it’s worth putting the time and effort in – not only can it help stamp out homophobia, but showing a sense or proactivity can in the workplace can only ever be a positive thing.

The most important thing to remember is that if you’re experiencing homophobia in the workplace you’re not alone and that you have every right to feel happy and secure in every area of your life. If you feel like change isn’t happening, then don’t stay in a job that makes you unhappy – but make sure your bosses know exactly why you’re going. Visibility is vital – these problems only make themselves known when we’re open and honest about them, and use them to drive change forwards in order to make the workplace open, accessible and safe for all.