So what’s it actually like to work out naked in a room full of other naked guys? 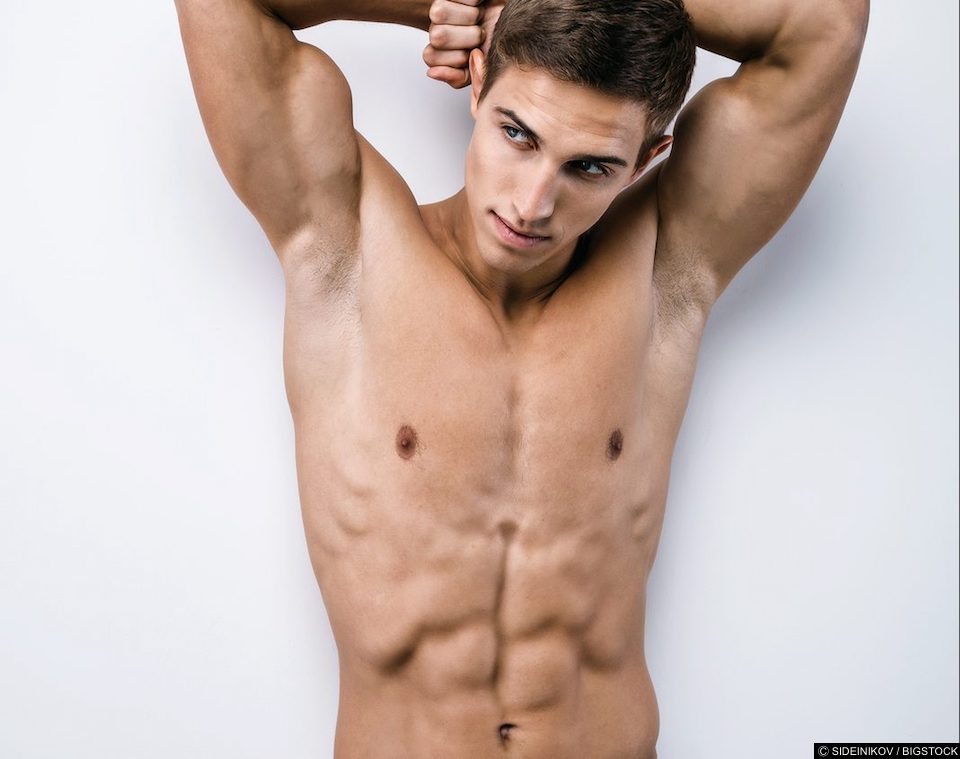 So what’s it actually like to work out naked in a room full of other naked guys?

Yeah, it’s a thing. Exercising and group training in the buff is a relatively new concept (no, those “squats” you’ve been doing do not count as training) and NKD Training’s founder Paul was kind enough to invite me along to try it out.

I’ll be honest, this whole endeavour started as an excuse to ogle hot guys working out veiled under the thin disguise of journalism. As the day of my naked group training drew closer I began to have some serious doubts. What if the group was full of creepy fat old men? Or worse, what if it was full of hot young men and that I would actually be the creepy fat old man?! As it turns out, there was a healthy mix of both. NKD Training is run at the Gym Clinic in West London, a small but well equipped (that’s what they say about me … sorry, too many penis jokes) gym not far from Gunnersbury tube station. The main entrance is closed off during naked training so you have to enter through the back door (not saying a word) into the clean and professional workout space. That just happens to be full of naked men exercising.

The session is divided into two parts: the first is an hour of free gym time in which you are invited to use the facilities as and how you want, dressed in as little as you want – as long as you’re wearing trainers. You can wear shorts during this time, as I did, but you will be silently yet harshly judged by the guys training in the altogether.

The second half of the session is similar to a circuit class, during which Paul takes you through a warm up – set to your favourite drag queen lip sync music – and then through a solid 45-minute workout. Newcomers are likely to feel strange and probably a bit uncomfortable when first stripping off, but after a while of lunging and crunching and curling, you almost forget that your dick is hanging out while you do it. Almost.

There were some aspects to naked training that were more complicated than I had anticipated. Running on a treadmill was obviously more uncomfortable than I’m used to, but trying to do squats without giving the guy behind you an eyeful of ass-crack, that was damn near impossible.

I can certainly see the appeal of naked training and, as Paul explains, the benefits of a personal trainer are significant. “As a trainer, there are a lot of benefits. I can see more of the muscles that are working and I can see if there’s an imbalance, say when they’re doing a chest press. You don’t just see the bar moving, you see the muscles that are working, the ones that aren’t and the ones that should be. And it builds a bond, being naked. I don’t know how to explain it.”

It was definitely a unique experience for me, but one that I really wanted try. Not so much to see hot naked guys (again, yes there are plenty of them there) but to come more to terms with my own nakedness. Gay men are often plagued with insecurities about our bodies and the act of stripping off completely in a bold attempt to better yourself takes balls and not just the ones on display.

For most of the men in that room, being naked was the most normal and natural thing in the world. It was the realisation that whether your body is perfect or not, it’s the only one that you’ve got. So learn to love it while you work to make it better. And go on, have a sneak peak at yourself training naked in the mirror. You may be more impressed than you thought.

NKD Training takes place every Sunday in West London and costs £15 per session.

You can also book naked personal training sessions either in your home or Paul’s.