The Internet’s Hot Gay Dads Are Back Together And Are Expecting Baby Number 5! 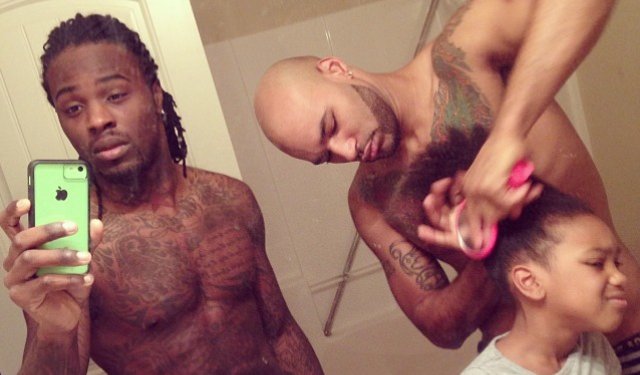 The Internet’s hot gay dads are back and expect child number 5!

After announcing the news that they were splitting last July, Kaleb and Kordale, the hot gay dads that took the Internet by storm with their candid morning routine picture, are back together and are expecting baby number 5!

Their story became a huge overnight success and the family starred in their very own Nikon Ad Campaign.

“After a long time of trying and praying, we’re finally able to announce our pregnancy at 12 weeks!! (WE’RE PREGNANT!!),”

The two, who parted ways last July never explained the reason behind their split, but the pair apparently sorted their differences at Christmas time, revealing,

“Real love is hard to find. However when you do find it. Hold on to it. Love is not easy, fight for it like hell.”

The baby is due in October and will join their four other kids and three dogs – sounds like a very busy household.