THE UNDATEABLE GAY | The Great Shave Off 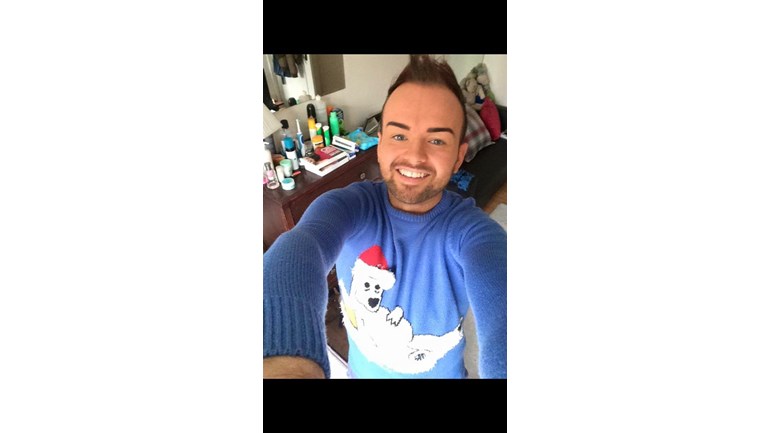 My hair is hanging on by a root. Pun intended.

The fate of my hair follicles were unfortunately decided as soon as my mum chose my dad to procreate. And in recent years, I’ve seen my hair fading away quicker than a Katie Price single out of the top 40. So I decided it was time to take action.

But when I do shave, I must give up the fake tan. Otherwise, I fear I will end up looking like a Malteser that’s had half its chocolate bitten off. And I think I better start providing men with sunglasses when I perform oral sex. For fear of dazzling their eyes, with light reflecting from my bald spot. Or I could just turn the lights off. Mmmmm.

I’ve debated in my head whether I should shave my hair for a while and embrace the baldness. But I’m scared. Anyone who knows me well, will know full well how vain I am and what an important part of my appearance my signature spiky hair is. This is a BIG deal for me.

So when I had the idea to shave off my hair in aid of charity, this started to make it feel much less daunting. Not only will I be embracing my inevitable baldness, I’ll be raising funds for a good cause. Much less scary.

And I chose the Albert Kennedy Trust as they do such amazing work within the LGBTQ community. They help gay, lesbian, bisexual and transgender people who are homeless or living in hostile environments. And as its 50 years since being gay was legalised in England, I thought it was rather apt.

The Great Shave Off (as I’ve decided to lovingly call it), will take place on Thursday 3rd August, so plenty of time for people to donate money. Please just click on the link at the top of my column and pledge your support for my baldness and the Albert Kennedy Trust. If every person I know, friends, family and readers of my column gave at least a pound, we could raise thousands.