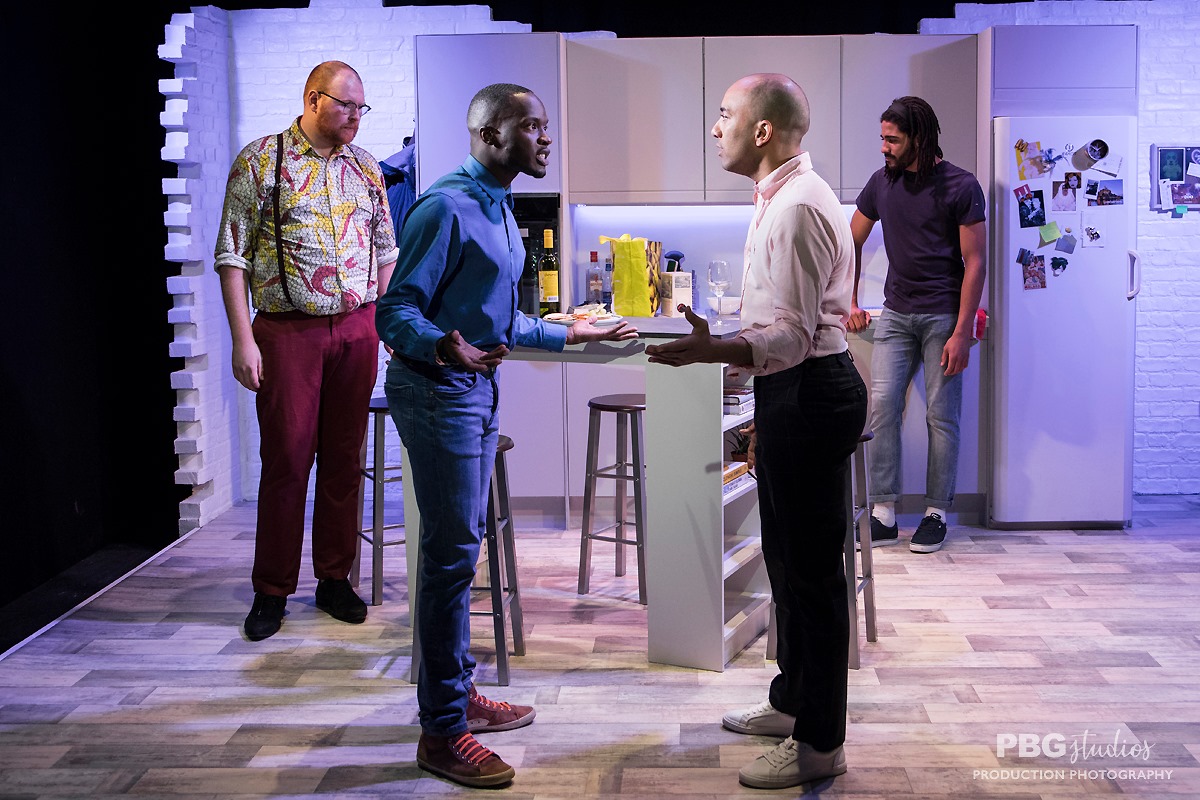 The seven (and a half) year itch rears its ugly head for one gay couple in the new play ‘Four Play’.

Now playing at the Above the Stag theatre until February 22, 2020 – Rafe (Ashley Byam) and Pete (Keeran Blessie) have been together for most of their adult lives, and unfortunately have not had much experience with anyone else. Yet they feel like their sexual relationship is starting to become mundane, lacking a bit of spark. So they enlist their frIend Michael (Declan Spaine) to spice things up. They then agree a deal among them: Michael will have sex with them separately, while Michael is not allowed to tell his boyfriend Andrew (Marc Mackinnon). But Michael does tell Andrew, and while he and Michael did have an open relationship, Andrew wonders out loud why the couple chose Michael over him.

Meanwhile, Rafe and Pete are enjoying the friends with benefits with Michael, but is temporary gratification going to save their dulling relationship? And what will become of Michael and Andrew’s relationship now that Andrew knows what is going on behind his back?

Through sharp dialogue (Jake Brunger), good acting and good directing (Matthew Iliffe), and with an excellent set (a kitchen complete with a Madonna magnet on the refrigerator), Four Play is game, set, love and match.