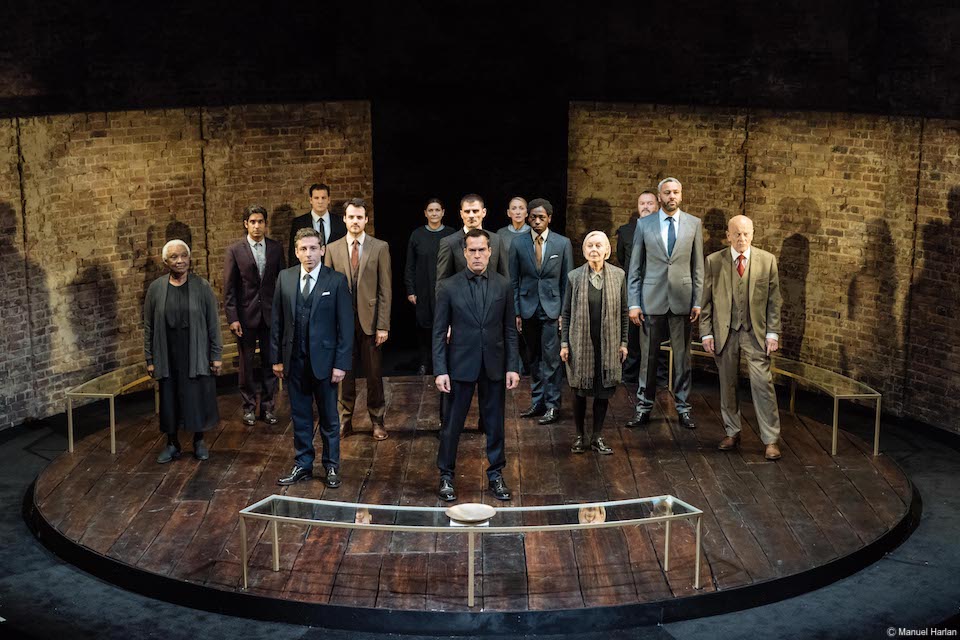 Two queens fighting to the death. No, not Vauxhall on a Saturday but a fascinating slice of Elizabethan history. Mary Stuart seeks refuge in England only to be imprisoned by her cousin, Queen Elizabeth the 1st, as a potential threat to the English throne. Mary anxiously awaits her fate whilst Elizabeth tortures herself deciding the best course of action. Sounds dry, fusty and irrelevant? Not in the slightest in this bold and modern update on Schiller’s play.

Robert Icke is a director who can breathe extraordinary new life into works. His versions of Hamlet, 1984 and Uncle Vanya (to name a few) have garnered awards and shown his skills. Here, he’s taken the text, staging and costume and made it feel thoroughly modern and relevant. There’s barely a ruff in sight and the dialogue feels like something you might eavesdrop upon in Parliament in 2018.

Two top UK actors take the lead roles, Juliet Stevenson and Lia Williams (currently to be seen in Kiri and The Crown). There’s a gimmick but it’s one with no hint of tackiness. Both actors switch roles depending on the results of a tossed coin at the start of the play. It’s a tense moment for both the actors and the audience as the two face off on stage and await their role allocation.

All in, it’s a riveting three hours. The stripped back set, pared back dialogue and emotional intensity combine with two killer performances to make this a nail-biting experience. It’s a fine example of top acting in a top production that also remains entertaining.