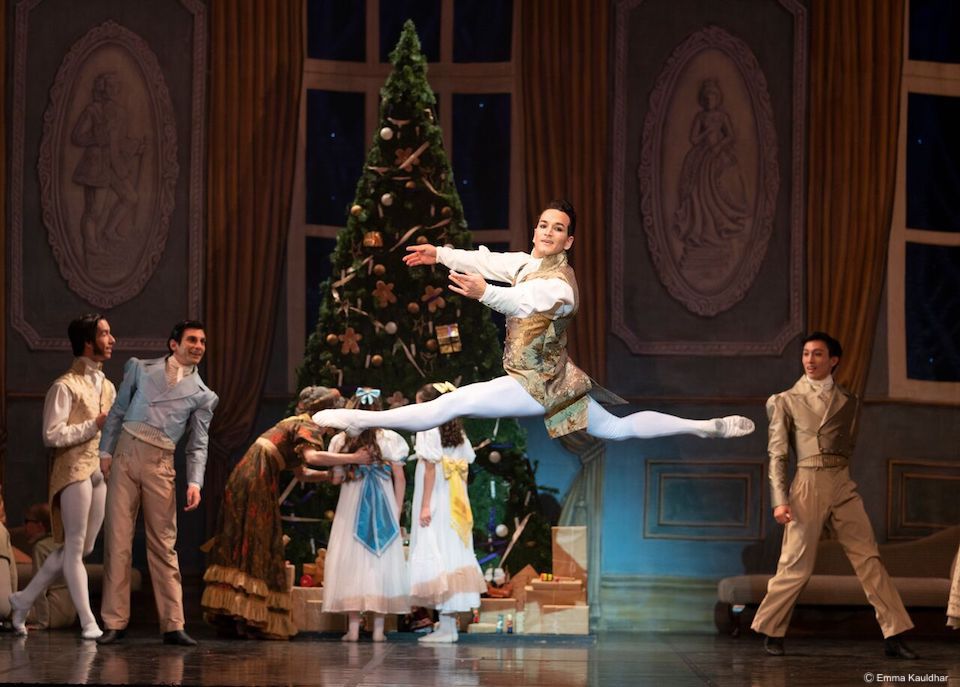 Everyone has their own event which confirms to them that the festive season has arrived, and for some, Christmas isn’t Christmas until they have had their traditional trip to see Tchaikovsky’s The Nutcracker. The ballet tells the story of Clara, a young girl who is given a gift of a nutcracker which comes to life, and the handsome Nutcracker Prince transports her on a magical journey to battle The Mouse King, to sweep through a snow-filled forest and on to a celebration in an enchanted garden.

There are a number of things to recommend this production, there is humour in its presentation, with some well-timed moments of comedy, whilst the scene in the snow-filled wood was enchanting. David Nixon has choreographed a thoroughly enjoyable ballet which simultaneously feels both traditional and fresh, and which has benefitted enormously from its new look and costumes.

Northern Ballet is well known for their theatrical presentation and their storytelling; both of which combine to make this revamped production ideal for all. Young families will be charmed by the magic and spectacle; ballet novices will find the story accessible and enjoy the well-paced number of short set pieces which provides plenty of variation; and for those with a love for ballet, there are the technically impressive performances. Throw into the mix a live orchestra performing a score which you will instantly recognise and you have all the elements of a beautifully presented ballet.

The Nutcracker is an utterly charming, enchanting and high-class production which is full of sparkle; and if the end of the first act doesn’t leave you feeling festive, then very little will.

Northern Ballet’s The Nutcracker is at Leeds Grand Theatre until the 16th December 2018. Visit www.northernballet.com for more details