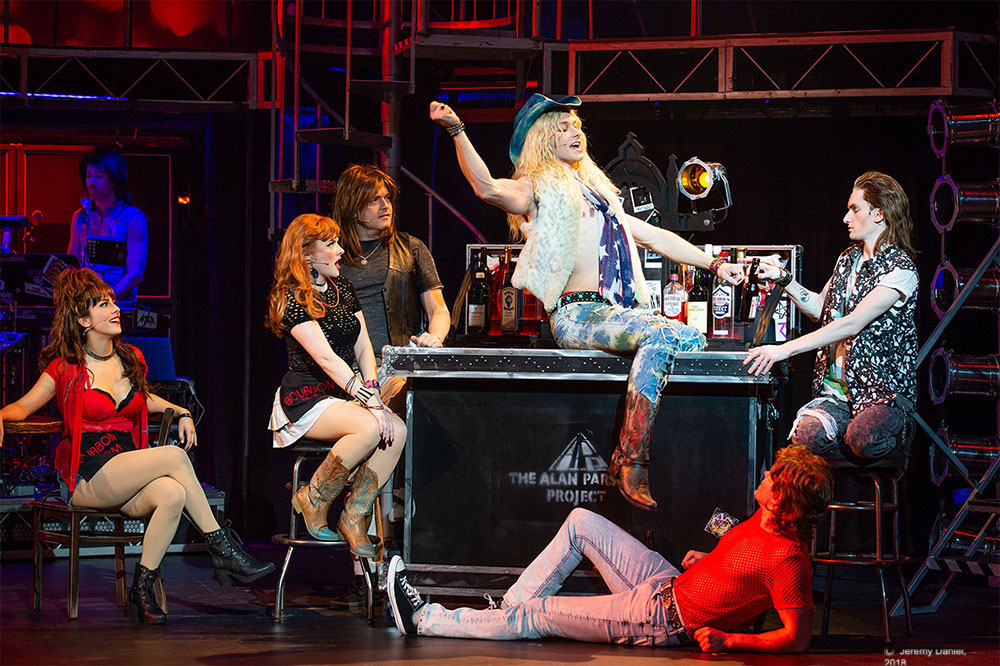 A number of years before TV series Glee rekindled people’s love of Journey’s “Don’t Stop Believin’”, Rock of Ages had been using the song as its centrepiece for some time; as the show tells the story of a bunch of misfit characters who battle to save their favourite bar, fall in love and work their way through a catalogue of eighties soft rock classics.

Beautifully held together by narrator, Lonny (a deliciously camp performance from Lucas Rush), and with a strong ensemble cast, the show’s humour is a little close to the bone on occasions but proves to be immense fun, with plenty of laugh out loud moments, some great ensemble set pieces and some excellent vocal performances. Luke Walsh stands head and shoulders above the crowd as Drew, belting out the musical numbers with, seemingly, no effort whatsoever and never once having to strain or force a note.

The production has certainly benefitted from a makeover, especially in the excellent lighting design; the musical numbers come at you thick and fast and the cast gets the audience involved from the outset. Whilst underneath it all, the show has a message about following your dreams, it’s the party atmosphere, energy and enthusiasm of the cast that sweep you along as the show heads towards its rousing finale and brings the crowd to their feet.

Rock of Ages cranks up the comedy, camp and chaos to eleven, and proves that “sex, drums and rock ‘n’ roll” are still very much alive.

Rock of Ages is on National Tour. For details visit the show’s website at http://www.rockofagesmusical.co.uk/