THEATRE REVIEW | The Comedy About A Bank Robbery, The Birmingham Rep 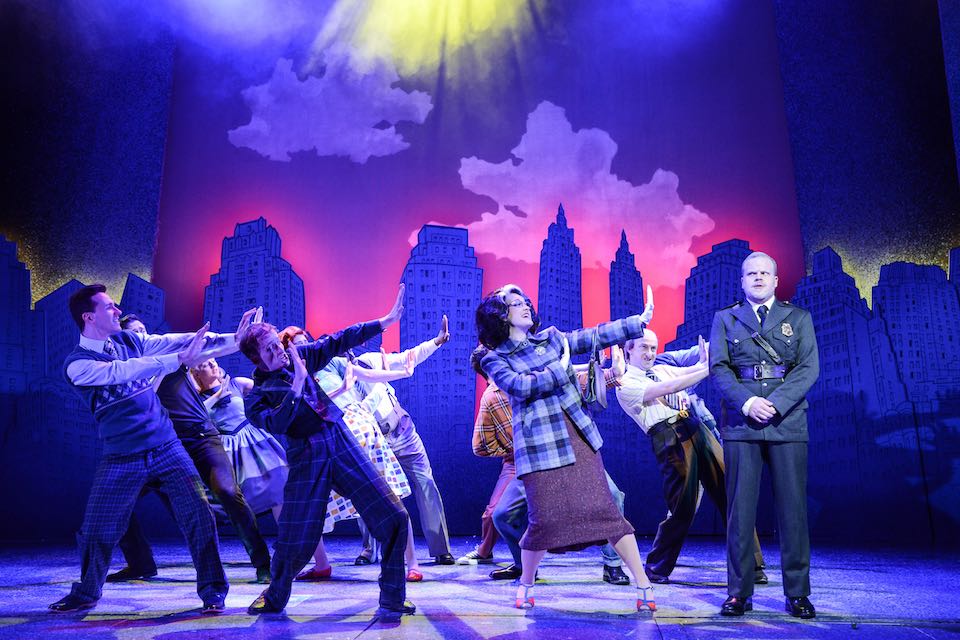 ★★★★★ | The Comedy About A Bank Robbery, The Birmingham Rep

Mischief Theatre did it again! Masters of comedy and experts in dropping jaws, The Comedy About A Bank Robbery was another side-splitting hit.  Set in Summer 1958, Minneapolis City Bank has been entrusted with a priceless diamond. An escaped convict is dead set on pocketing the gem with the help of his sidekick who has a crush on him, his con girlfriend, and her con lover. A recipe for hilarious disaster.

Liam Jeavons, Sean Carey, and Julia Frith did a sterling job at multi-role playing while showcasing dexterity in movement, voice and perfect comedic timing. Particularly stealing the show was Julia as Caprice whose constant tricking of lovers and the incessant charade playing to get out of sticky situations uplifted the very already funny production. Sean as Sam was a mastermind in roleplaying, switching from characters in a matter of minutes and fast changes of costume while never giving up the ‘act’ doing everything for his love, even spanking her boyfriend while they make love – it’s hard to explain; you have to watch it to see what I mean.

Ruth was another shining gem, playing the mother of Sam, with an angelic voice and superb acting ability full of foxiness. Her energy was effervescent and though was not a key role, she always enhanced the scenes with her character. A very agile performance was seen by George Hannigan who played Caprice’s three lovers – in one scene, it was just George on stage portraying the three men at the same time, changing between each character with such fluidity that each one was clearly distinct.

All other actors were subliminal too, for instance Damian Lynch who played Bank owner Robin Freeboys had a true command of each scene with intelligent comedic timing. His sidekick Warren Slax played by Jon Trenchard was a formidable entertainer too grabbing the audience by the heartstrings as he was always butt end of a joke or something going wrong.

What was a real marvel was the set design which contained versatile/multipurpose sets mesmerising the audience. One piece was so jaw-dropping, which speaking to my plus one – thought the same, was the scene on the wall, where Jon and Damian were suspended from the ceiling and acted as if they were grounded! This just shows that Mischief Theatre continues to be bold, unique and dangerous! I hope they are writing the next one!