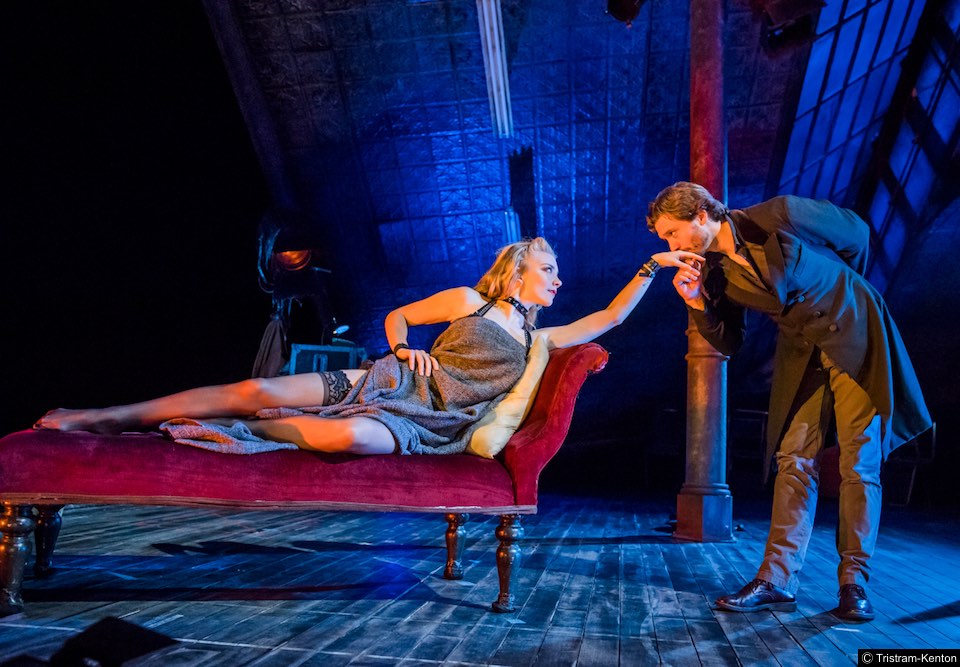 A playwright/director bemoans the lack of female acting talent after a long day auditioning for the female lead in his new play. In walks Vanda, a ditzy and frenetic actress who’s turned up late but is determined that she’s going to audition for the part whether he wants her to or not.

David Ives 2010 play is a twisting sexual and gender power play and a play within a play. The piece that Vonda is auditioning for is based around the 1870 novella of almost the same name (add an ‘s’ to the ‘fur’) by Leopold Von Sacher-Masoch. The clue is in the name: masochism was named after Sacher-Masoch and his desire to serve and be punished. The two characters read from the play and the roles they play both in reality and fantasy are in a state of constant flux. Thomas is a man who once stated that working in theatre was a great way to get laid but Vanda is more than prepared to take him on.

It’s a slight play in some ways and is uneven at times with occasional absurd moments Whilst it has timely themes with the current Weinstein scandal, it’s not exactly searing. That doesn’t really matter here, though. It’s an OK play and is an entertaining 90 minutes but there’s an odd phenomena going on. The actress is far greater than the play. Nathalie Dormer (Margaery Tyrell in Game of Thrones) is totally hypnotising. Her co-star, David Oakes (currently on TV in Victoria), is more than adequate and is also easy on the eye but whatever your persuasion, I suspect you’re eyes will be drawn to every move, intonation and expression from the magnificent Nathalie Dormer. It’s sometimes hard to concentrate on anything but her central performance.

Ignore the flimsiness of the play, although if S and M is your thing or you’ve ever contemplated this as a pastime then all the better. The main pleasure for most is the chance to watch such a virtuoso performance. Well worth seeing.