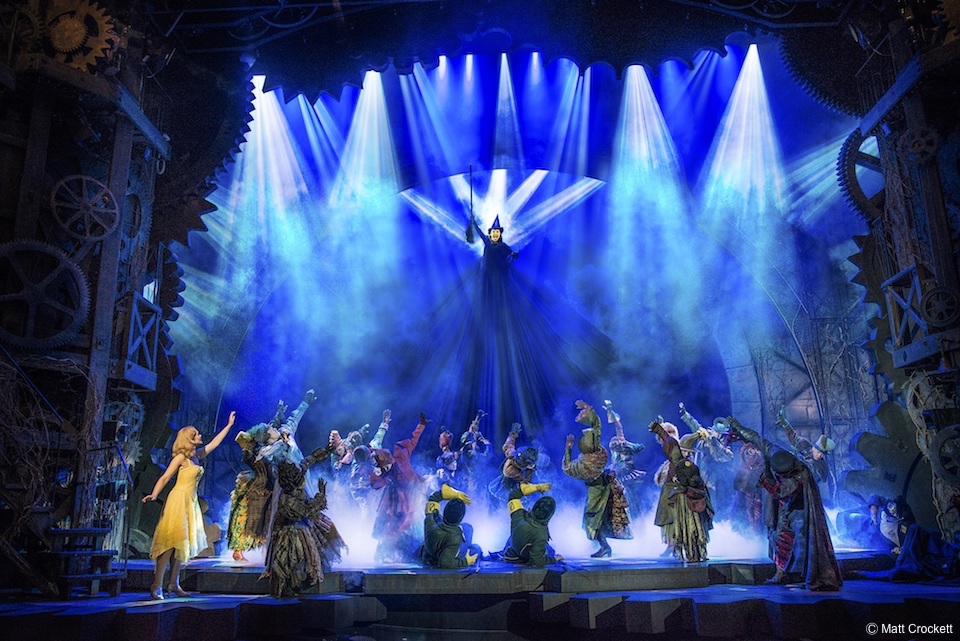 55 million people can’t be wrong, which is why Wicked is one of the world’s most successful musicals. Wicked is going into its 12th year in London and it’s still fresh, timely and defying expectations.

The story is believed, by many, to be the prequel to L Frank Baum’s The Wonderful Wizard Of Oz, however, its creator has actually suggested that the story is more of an alternate universe, Gregory Maguire, who wrote the novel on which this musical is based, says it’s a “re-imagining” of the same world – and the action takes place before, during and after the original story.

Wicked takes you behind The Wonderful Wizard Of Oz story to find out about the two witches featured in the original story, “Wicked Witch”, Elphaba (you know the one – green and gets the bucket of water) – played by Alice Fearn and the “Good Witch”, Glinda (you know, the one that arrives by bubble) played by Sophie Evans.

After meeting and becoming roommates at Shiz University, (think Harry Potter meets Clueless) the two witches form a love/hate relationship. They decide to make their way to meet the great and powerful Oz, where they discover that something incredibly sinister is being pushed onto the citizens of Oz.

What follows is a moving story of overcoming discrimination, learning to trust and believe in yourself and two strong women changing the world for the better.

I have just two criticisms. Although the central relationship is about two women, which makes a wonderful change from the heteronormativity of most musicals – boy girls, girl sings to boy, boy and girl fall in love – the end – I couldn’t help but notice that when it came to the massive, impressive ensemble pieces, the dancing was still male on female, which is a shame. Watch any TV show, (a particular shoutout to Netflix) now and if there’s a school dance or a group scene you’ll always see a nod towards its LGBT+ audience, but not Wicked – which, based on musical theatre’s huge gay fan base, is a missed opportunity.

The second is the finale. It’s such a disappointment.

It’s not the way in which the story wraps up, it’s just there’s no finishing song, no reprise of any of the show’s standout hits of which there are four main songs, ‘Popular’, ‘I’m Not That Girl’, ‘For Good’ and of course, the hit ‘Defying Gravity’. To summaries two hours and 45 minutes of stratospheric vocals, incredible costumery and feel-good, sparkling story-telling, the audience is delivered a sub-2-minute song with a walk down.

Shame really, it deserves much better.

Book tickets for Wicked in London and for the Tour here.