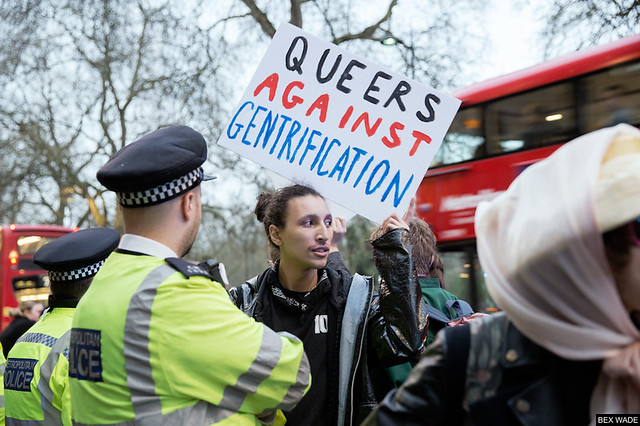 LGBT+ activists dumped manure and cockroaches in front of a swanky London hotel yesterday. It was hosting the Annual Property Awards, an event which costs up to £3030 per table and hosts the who’s who of the property and housing industry. The campaigners say that the awards celebrate, “an industry which leaves queer youth homeless on the streets of London”.

The pressure group, the Sexual Avengers, were campaigning for more “genuinely affordable homes”, the scrapping of ‘right to buy’ which they say breaks up the social housing system, and the provision of LGBT+ homeless support service. 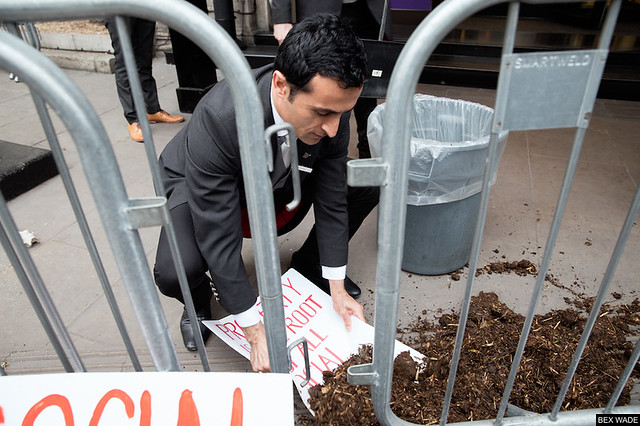 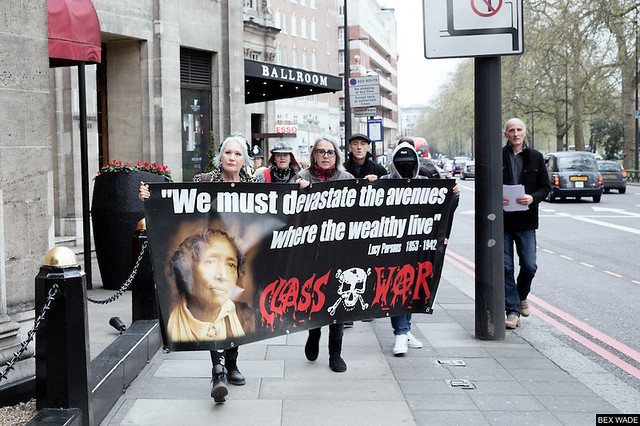 Guests arriving at the Grosvenor House hotel, for the £330 per ticket event, were met with manure and cockroaches, dumped by the activists on the doorstep of the building, forcing hotel staff to clean up the mess. The guests were ushered into the event via the backdoor. 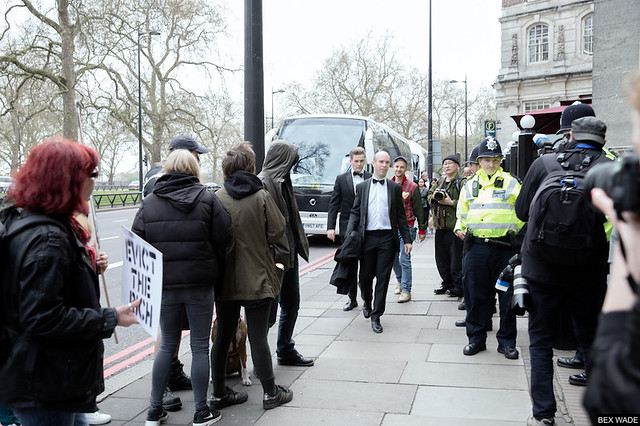 “My partner died of cancer last April, and they wanted to kick me out in May. They couldn’t understand how I could be in a relationship with a woman when I had a child. I’d just lost my partner and had to sit there and justify my sexuality. Why did I deserve the house where we lived, where I cared for her and where she died? 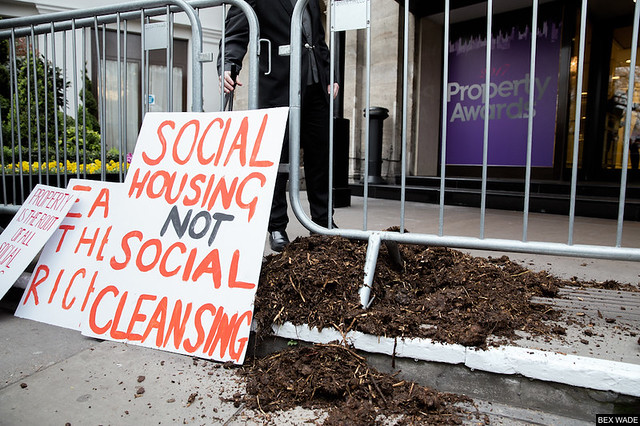 According to the latest stats, one in four people currently living on the streets identifies as LGBT+. Speaking in 2016, Tim Sigsworth MBE, Chief Executive of the Albert Kennedy Trust, which  said,

“Homeless LGBT young people are one of the most disenfranchised and marginalised groups within the UK. 4,800 young LGBT people in the UK are currently homeless or living in hostile environments – that’s 24% of the youth homeless population in this country.”

“I am a mentally ill, disabled transgender woman in my early 20s. I am nominally a student but I’m currently taking a break from my studies due to my ongoing mental health problems.

I normally only rent in London during the academic year and return home to the countryside for the summer. However, I have been depending on social and mental support from LGBT charities and services based in central London and could not expect any such support back home. In addition, the community where I grew up is far more socially conservative than London and it would be very unlikely that I’d be able to transition or live openly there.

I am trying to secure new housing as I will not be able to afford my current rent for long, since my student finance money has been stopped with the interruption of my studies. I am receiving help from Stonewall Housing to apply for supported housing for vulnerable people and I have been told I will be able to pay for this with housing benefit. While I am currently optimistic, I am keenly aware of how fragile my present situation is, and also of how a person in my position who might have additional barriers in accessing these organisations would really struggle.

If I fail to get housing in the next couple of months I face a choice of being homeless in an environment where I receive appropriate support and healthcare, or moving back home where I would likely face a serious further deterioration of my condition. Until I experienced it for myself I had never understood how easily a person can slip through what I imagined to be our social safety net.”