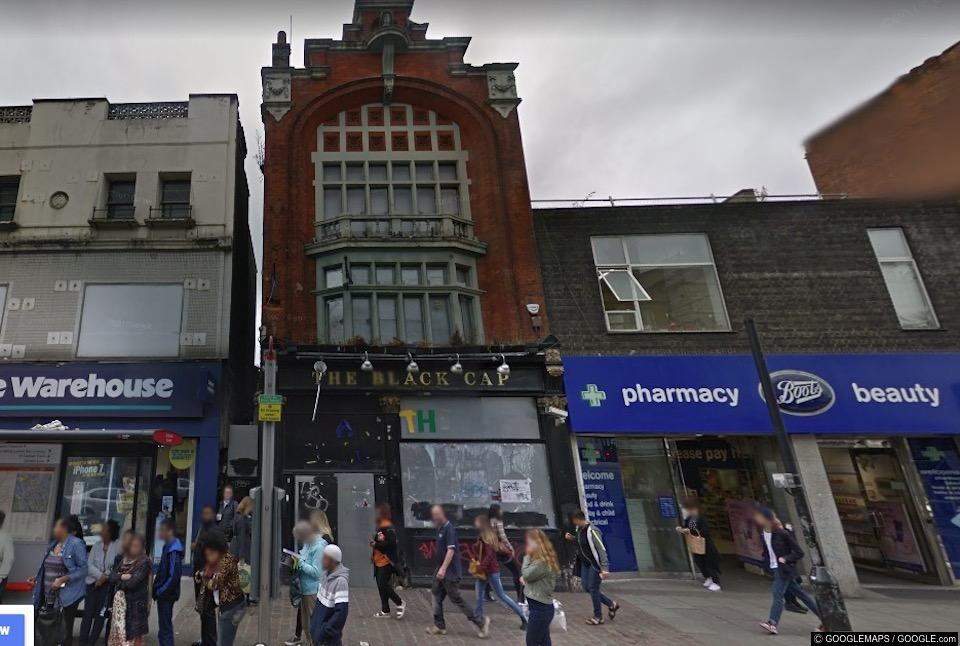 Three years after one of the UK’s longest standing gay pubs, The Black Cap stands empty, still boarded up and unused. For over 60 years members of the LGBT+ community called the beautiful and historic building in Candem their safe space, that was until it was closed, almost without notice three years ago. The building lies empty and is covered with graffiti.

Alex Green, #WeAreTheBlackCap spokesperson said, “We stand firm, despite the continued frustration of trying to work with the owners to get the legendary and important LGBTQ+ performance venue and stop the Black Cap becoming yet another sterile, overpriced food outlet and unaffordable flats. The continued closure of this flagship LGBTQ+ venue is very bad for the Borough of Camden’s reputation as a leader in terms of diversity, arts and culture.”

Campaigners are planning a 3rd anniversary protest outside the landmark venue on the 14th April from 2 PM.

1.30: Welcome and thanks/messages of support
2pm: Media interviews (at the right side nr Boots for this)
2pm; Black Cap Campaign ‘singers’ – Outside and other campaign classics
2.30 Speakers – Will update on campaign and call to action for next steps
3pm Followed by more singing out

The campaign’s focus now is to finally restore the Black Cap to its place at the heart of Camden’s diverse and exciting cultural economy.