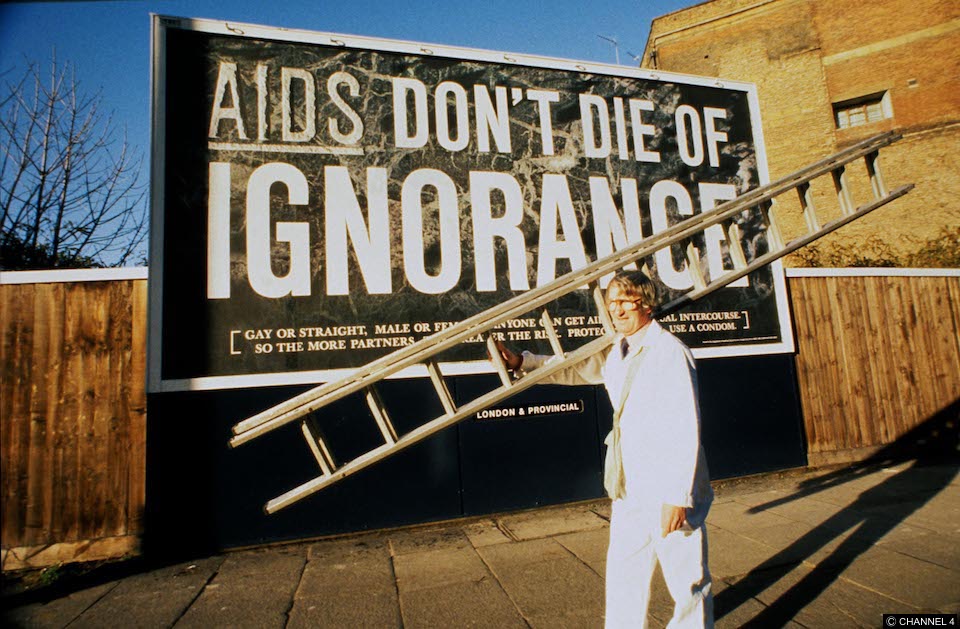 To mark the 50 years of the partial decriminalisation of homosexuality in England and Wales, Channel 4 has commissioned a number of special programmes, in its 50 Shades Of Gay series; Epidemic: When Britain Fought AIDS is just one of these remarkable look backs.

In the 1980s the UK was gripped by the panic of a destructive disease, which, in the beginning seemingly only affected the gay and bisexual male community. Citizens the world over were starting to exhibit numerous illnesses caused by one of the most destructive diseases known to man. It killed its victims ruthlessly, painfully and indiscriminately.

It would take the best part of a decade for the government and health industry of the day to get to grips with just the naming and diagnosis of what we now know today as HIV and AIDS. To put it perspective, PrEP and Truvada were still twenty years in the development.

Epidemic: When Britain Fought AIDS focuses on the main players in a forgotten story, from the landmark moment when Princess Diana publicly held the hand of someone who had AIDS in the UK’s first HIV/AIDS hospital ward to the complete silence on the subject from the UK’s Prime Minister, Margaret Thatcher.

Paul O’Grady, Jean Paul Gaultier, Andy Bell, Lord Michael Cashman, and Margaret Thatcher’s health secretary Norman Fowler, give personal insight into how the battle against AIDS was fought. It delves into how the language that we used today was born and how the fight against AIDS, forced the UK, as a whole, to face its own intolerance and see LGBT+ people as humans rather than sinners and degenerates.