Ever heard of Gisela Allen? Probably not. This morning, however, she became a viral internet sensation after a weird diatribe of what she wants and doesn’t want for her country, appeared in her local paper. 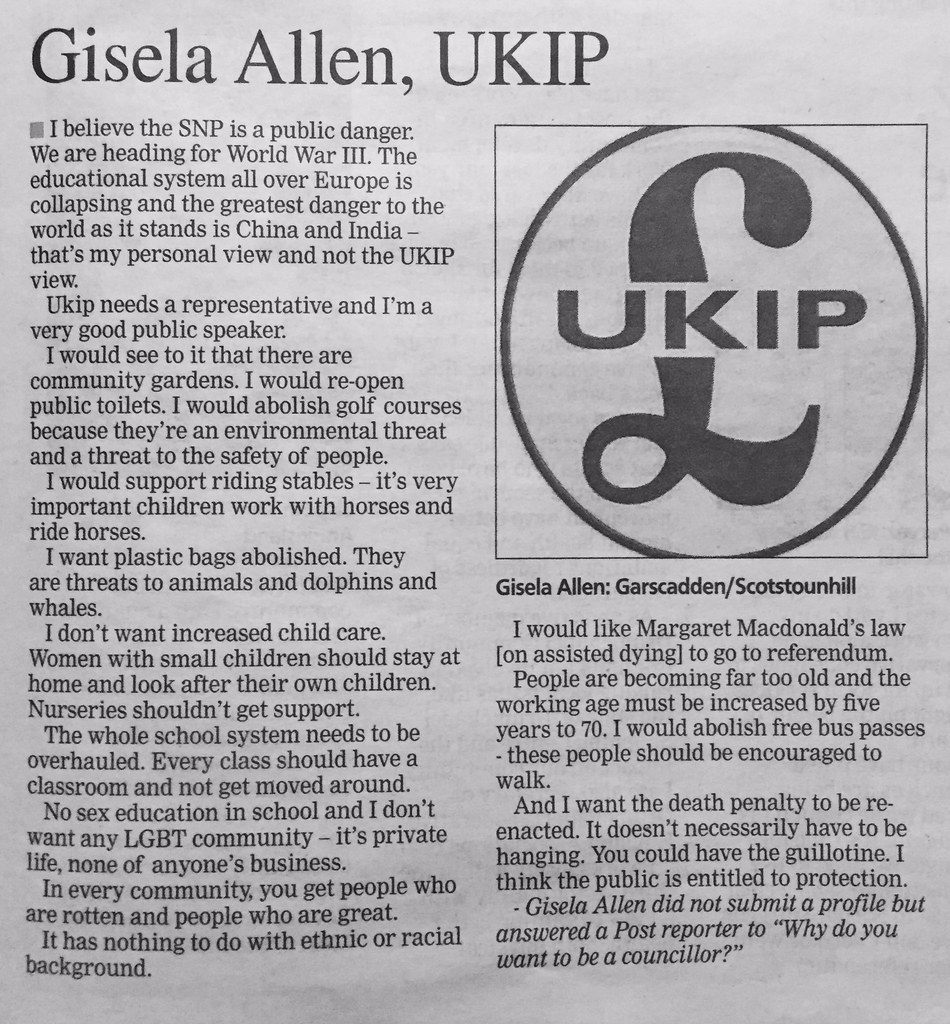 Gisela Allen is a UKIP candidate for a council seat in Garscadden/Scotstounhill, Scotland. After being asked by a reporter, “Why do you want to be a councillor?” for the Clydebank Post  Allen laid out her wishes.

So what’s the take out from her wish list? She wants:

The death penalty, specifically the guillotine, (not hanging),

Mums to stay at home to look after their children,

The reopening of public toilets,

No plastic bags, they’re threats to dolphins and animals…

People to work until they’re 70,

No buses passes for older people,

Oh, and “I do not want any LGBT community”.