When is Designated Survivor back on Netflix? 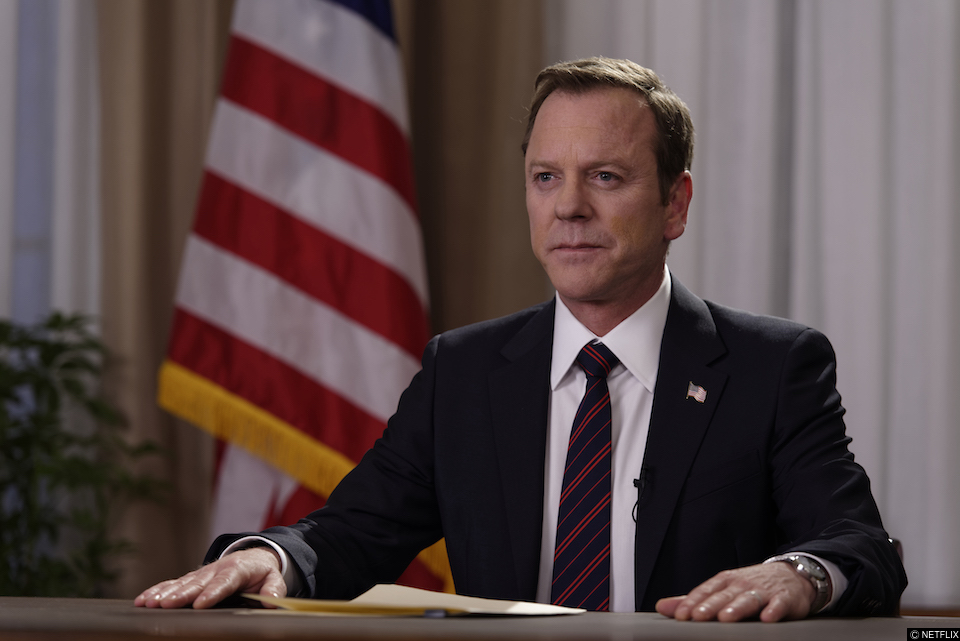 Designated Survivor is returning to Netflix this month. Here’s what you need to know about the new series starring Kiefer Sutherland.

The brand new season of Netflix’s Designator Survivor is due to start streaming on Thursday 28th September and like the previous series, it is set to air weekly, in contrast to the majority of Netflix’s output.

The majority of the cast will be joining Kirkman (Kiefer Sutherland) from season 1.

What is Designator Survivor about?

America’s fate rests in the hands of a low-level official after an attack on Washington decimates the government in this gripping political thriller, leaving an unelected president at the helm of a shaken country.

So what happens in Season 2?

“One of the things we realised is it is a very high-concept show, and we had to get the audience past that concept and get [Kiefer Sutherland’s Tom] Kirkman into the White House and all the rest of it,

“And as much as we love the twists and turns and the cliffhangers, what we’re really looking forward to exploring in Season 2 is some of the character relationships and some of the interpersonal dynamics in the White House.”

What happened at the end of Season 1 on Designated Survivor?

Season one’s conclusion saw Kirkman resolving to reveal to the nation, the conspiracy which killed the majority of the US government, leading to his selection as commander-in-chief. Despite Agent Wells apprehending CIA agent-turned-terrorist Nestor Lozano, and the mole (Jay Whitaker) in the White House exposed there is still great unrest in the White House.

Before his detention, Whitaker distributed classified information to billionaire Patrick Lloyd, who is set to become the focus of attention in the next series.

Where can I watch Designated Survivor?

Designated Survivor is available to stream on Netflix in the UK.