Where are the cast of Absolutely Fabulous now?

Absolutely Fabulous is a landmark TV show – and instantly gained itself a cult following from the first airing back in 1992.

Its cult status has meant that 100s of world-famous actors, models, singers and VIPs have clamoured to take part in the show. But what have the main players got up to since the main show ended in 2012. Weird fact alert, have you ever noticed that the five main characters, Edina, Patsy, Saffy, Mother and Bubble are all played by actors whose named begin with J!

Jennifer has remained a powerful player in the world of comedy but her work as an actor is widely celebrated. She’s a multi-award-winning comedian, writer, screenwriter and actor. Jennifer has lent her voice to numerous and iconic characters in films. She’s appeared in The Simpsons, Shrek 2, Minions, Corline and more recently Sing. in 2016 she sadly announced that she was done with Ab Fab and wanted to focus on new projects and spend more time with her family.

Travel is hugely important to Joanna and she regularly hosts programmes based on her travels. She’s fronted shows like: Joanna Lumley’s Postcards, Joanna Lumley’s India and Joanna Lumley’s Japan. She also has turned her attention to presenting and in 2017 presented the 71st British Academy Film Awards. Aside from Ab Fab, Lumley is famous for her stint as Purdey in The New Avengers.

Jane plays Bubble and Katy Grin in Ab Fab and remains famous for her roles in Ab Fab but also for the huge box office hit, Little Voice, which was released in 1998. Horrocks is a highly successful voice actor having appeared in 12 animated films including, Arthur Christmas, Christmas Carole: The Movie and Chicken Run. On TV Horrocks remains very visible having starred in 37 episodes of the comedy Trollied.

June has been awarded an OBE, CBE and in 2017 was awarded the DBE (Dame Commander of the Order of the British Empire) for her services to drama and entertainment. The Ab Fab movie remains her last acting credit, although she has appeared in hundreds of TV, Film or Radio shows/episodes.

Julia got her break in the Teen drama Press Gang on ITV, but Ab Fab remains her biggest hit. She appeared in 40 episodes of Lark Rise to Candleford until 2011. Since then she’s appeared in numerous TV dramas but as a day character only.

Scottish born Christopher played Saffy’s gay father in the original series of Absolutely Fabulous. Sadly Christopher passed away in 2014 at the age of 67. His daughter revealed that Christopher died from cancer. His last TV credit was a 2011 episode of Ab Fab. His other TV credits included Lovejoy and Only Fools And Horses.

Christopher Ryan Edina’s second ex-husband, Marshall. Christopher was working in TV and Theatre regularly up until 2013 having made his name in the extremely successful 80’s hit comedy show The Young Ones. He returned to the big screen in 2016 with the Ab Fab movie.

Naoko played Sarah (probably mostly known as “TittyKaKa” Saffy’s friend turned freaky stalker. Naoko last appeared in Ab Fab in 2011 – and didn’t feature in the Absolutely Fabulous movie. However, her acting career has gone from strength to strength with many appearances as a day player on shows like Midsomer Murders, You, Me and The Apocalypse and Doctor Who. From 2006 until 2008 she starred in 26 episodes of Torchwood alongside John Barrowman.

Helen along with her castmate Harriet Thrope (they play Catriona and Fleur) appeared in the 2016 Absolutely Fabulous movie. Helen worked on her own theatre talk show called, WTF. She also starred in Splash! with Tom Daley. She is also an author having released her debut book, Losing It in 2015. In 2017 she appeared in Celebrity Big Brother and was the seven celebrity to be evicted from the series. 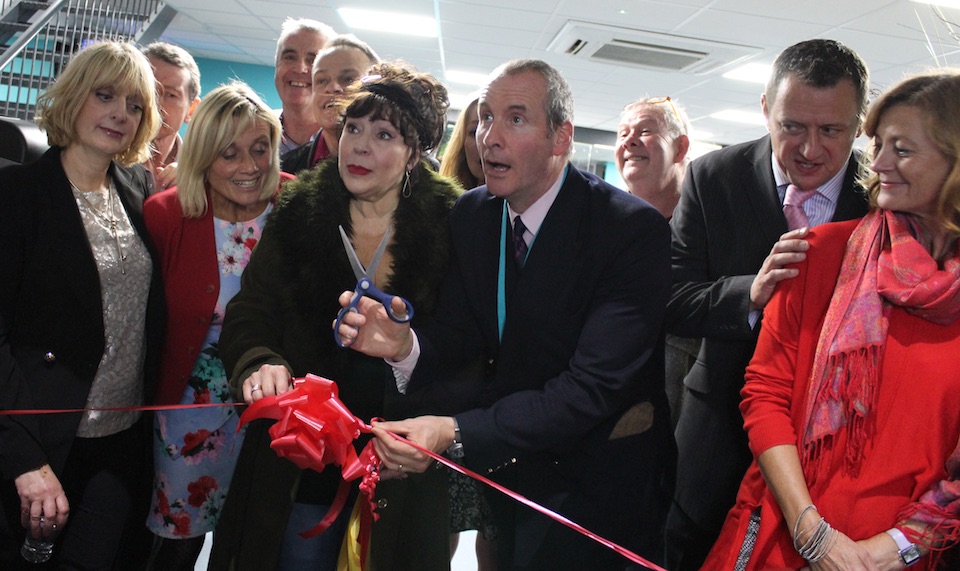 Most famous for her receptionist character Carole in the Brittas Empire, although she has starred in films like The Calendar Girls and Life Is Sweet. Harriet continues to work in theatre and turns up on the odd celebrity edition of TV shows like The Weakest Link.

Twiggy’s television and film career has tailed off in the last few years. She worked extensively on America’s Next Top Model during cycles 5 to 9. She starred in Ab Fab during 2000 and 2001 as an unhappy client (and next door neighbour) of Edina.

Patsy Stone’s sister, Jackie. Sadly Kate O’Mara passed away in 2014 at the age of 74 from Ovarian cancer. O’Mara was a famed film and TV actor. Her biggest projects were The Brothers, in which she starred in 30 episodes, Triangle in which starred in 27 episodes and Howards’ Way (26 episodes) but she’s probably most known for her camp role as Caress Morell, the sister of Alexis Colby in Dynasty in which she starred in seasons 6 and 7 in 1986.