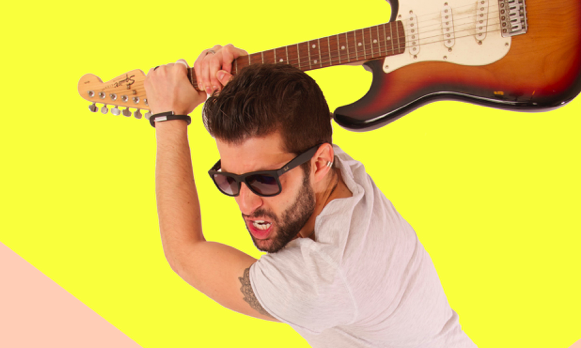 Changes are happening at Instagram as it rolls out an algorithm which decides on what it thinks you want to see and some people aren’t happy about it. Former GayUK cover star RJ Aguiar has blasted Facebook owned Instagram for implementing an algorithm which changes the current chronological view that we’re all used to, to a system which shows users posts it thinks they want to see.

The system wide change brings it in line with its parent company Facebook. The update however has been met with considerable opposition from its user base, with a petition asking Instagram to keep its old chronological viewing option reaching nearly 300,000 users.

The company blogged the changes saying,

“The order of photos and videos in your feed will be based on the likelihood you’ll be interested in the content, your relationship with the person posting and the timeliness of the post. As we begin, we’re focusing on optimizing the order — all the posts will still be there, just in a different order.

One of its critics, RJ Aguiar spoke out against the changes, telling the $1 billion company to “f**k” itself and to leave what’s not broken unfixed.

The YouTuber, who has nearly 80,000 followers on the platform took a swipe at Instagram saying,

“turn on notifications so you don’t miss a post! Also, f**k you @instagram for trying to “fix” something that wasn’t broken to begin with.”

You guys know what to do by now. Tap those dots and turn on notifications so you don't miss a post! Also, fuck you @instagram for trying to "fix" something that wasn't broken to begin with.

ALSO READ: Thanks to Buzzfeed, Will and RJ have to have sex everyday for a month

ALSO READ: Not Vlog Standard, GayUK speaks with RJ, Will, Jake, Miles, Nicola and Ken, the out and proud YouTubers