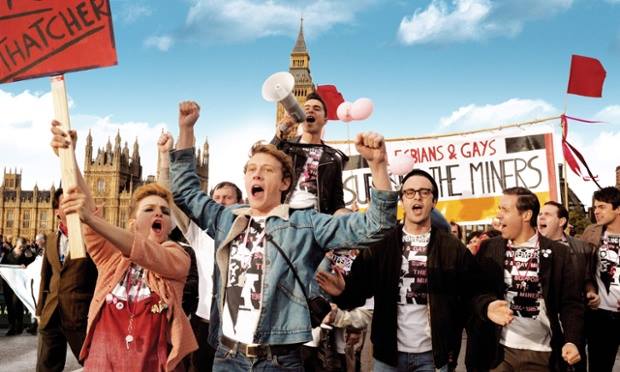 These movies were voted on by the readership of THEGAYUK.com

The story of the controversial British playwright, Joe Orton. Joe is played by Gary Oldman. The film chronicles Orton’s rise to fame and fortune, particularly with the success of his play, What The Butler Saw.

The story of Oscar Wilde one of the world’s most famous queer men. Wilde is played by national treasure, Stephen Fry. The film plots Wilde’s life, from his marriage and fatherhood right through to his affairs with rent boys and his relationship with Lord Alfred Douglas.

Five stories are interlinked in this film by Kevin Elyot and Adrian Shergold. It centres on the life and experiences of gay men during a 36-hour period in the Clapham area of London.

The tragic and heartbreaking story of gay men under the imprisonment of the Nazis in World War 2. Based on a play written by Sean Mathias in 1979. It stars Clive Owen and Ian McKellen.

This Merchant-Ivory adaptation of E.M. Forster’s Edwardian novel gave Hugh Grant his first major role. Cambridge undergraduate Clive Durham (Hugh Grant) is thrown into confusion about his sexuality when he experiences strong feelings for fellow student Maurice Hall (James Wilby). Both men attempt to suppress the ‘love that dare not speak its name’, but the arrival of a handsome gamekeeper (Rupert Graves) forces Maurice to submit to his natural impulses.

Set within the Asian community in London, My Beautiful Launderette is an unusual love story concerned with identity and entrepreneurial spirit during the Thatcher years. Omar (Gordon Warnecke) takes over the running of his wheeler-dealer Uncle’s launderette with the intention of turning it into a glittering palace of commercial success. When he employs childhood friend and ex-National Front member Johnny (Daniel Day-Lewis) they become lovers as well as working partners. However, complications soon ensure as the anger of Johnny’s deserted gang begins to build and Omar is forced to face increasingly difficult family issues. Written by Hanif Kureishi and skilfully directed by Stephen Frears, My Beautiful Launderette tackles the difficult issues of racism, bigotry, violence and politics in early 80’s Britain and still manages to be compassionate, humorous and hugely entertaining.

When being gay was still taboo in Britain, coming out as gay was a minefield, especially when you’re a teenager. Directed by Simon Shore and based on a play by Patrick Wilde.

A one-night stand that becomes something more – an unconventional love story between two young men trying to make sense of their lives.
Available from AMAZON | iTunes

One of the best blockbuster films to come out of Britain. Pride is the true story of a group Gay and Lesbian activists standing in solidarity and raising money for coalminers during the 1984 miners’ strike. With an all-out celebrity cast, Pride won many awards including a BAFTA and a Cannes Film Festival Award.

One of the UK’s favourite gay movies. The story of two unlikely teenagers, Jamie and Ste who fall in love on a South-London estate.