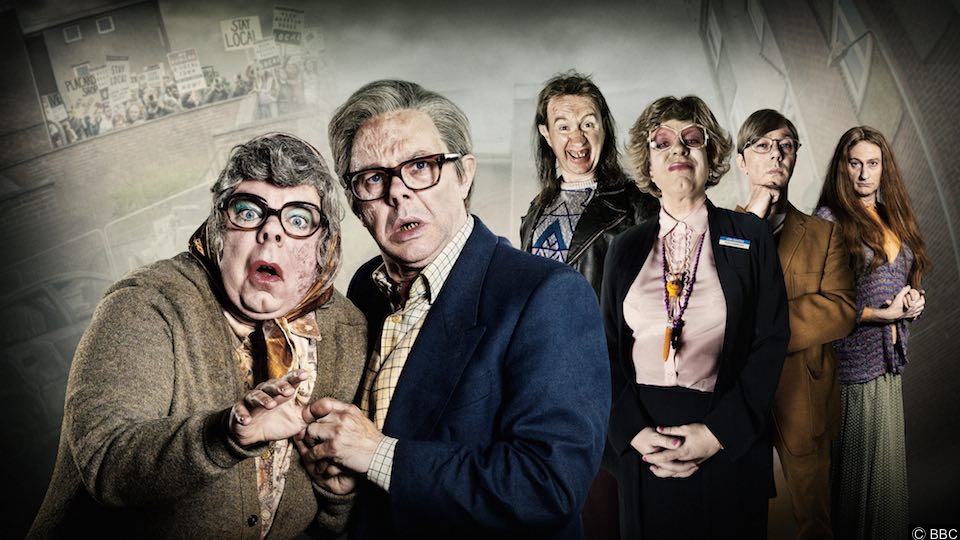 We definitely have feels about this – The League Of Gentlemen have released their first look pictures from the new mini-series that is due to be released.

The picture reveals some of the programmes’ favourite characters have returned, including, Tubbs and Edward, Pauline and Mickey.

When is League Of Gentlemen on TV?

The League Of Gentlemen will be appearing on BBC2 over the Christmas period. The dates are: 18th, 19th and 20th of December. All episodes will air at 10.00PM.

Is the Original cast involved with the new series?

The League Of Gentlemen are due to return to the small screen following a decade and a half in waiting. Yes, those grotesque characters are making a comeback for a three-episode special for BBC.

The 3 part series has been made to commemorate its 20 years of existence. The League was originally a radio production before it was transferred to TV in 1999.