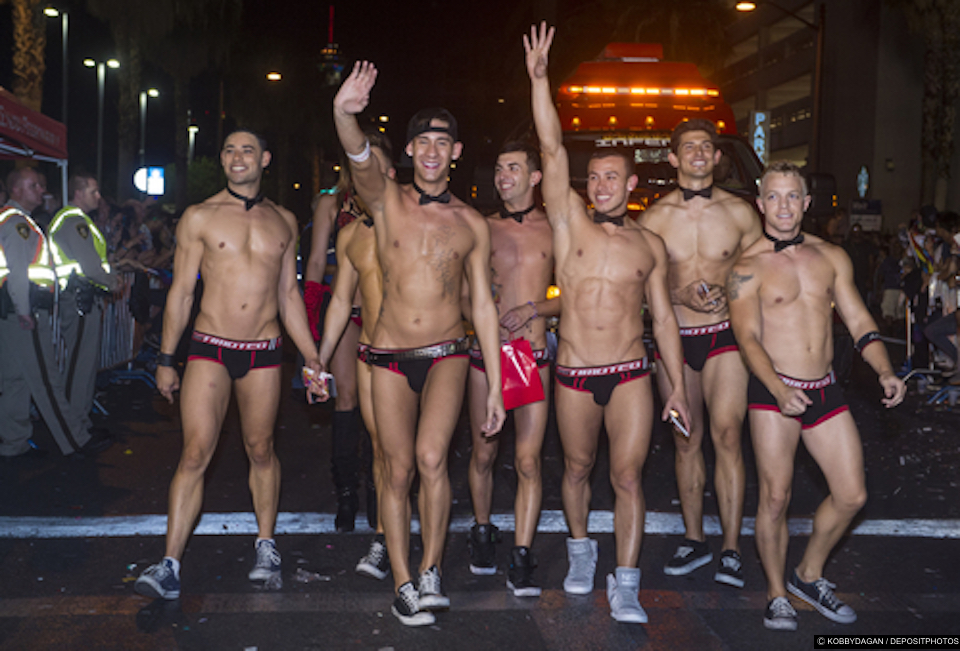 If you’ve ever worked in a gay bar you will have seen it all – the fights, the make ups, the ridiculously sticky floor the back pages of Boyz magazine.

They put up with your aftershave, your drunken “banter” and they get paid less than the go-go boys.

So next time you’re in your local give a thought to the cutie between the bar.

1) The more pert your pecs the bigger the tips

Yep. Basically gay bars are the homo version of hooters. The more pert you are the bigger your tips will be.

You, yes you drinking the cheapest Champagne on the menu thinking you’re the best thing since Brad Pitt’s sliced bread. You might be fooling yourself, but that ain’t Vivienne Westwood you’re wearing and you’re definitely not a 30 inch waist.

The more obtuse you become the longer I’ll make you wait.

Ahhh there’s nothing like the smell of D10, Jean Paul Gaultier and poppers in the morning.

Who the eff thinks it’s funny to blow up the safe sex pack of condoms and use them as beach balls across the dance floor. At the end of the night the floor is literally filled with dirty, used looking deflated extra strong condoms.

Spilled your drink? Don’t worry use one of the free rags. We honestly don’t mind picking those sodden tattered rags up at the end of evening. Honestly. Bastards.

It’s not always the boys… Girls calm down…

7) Kylie and Madonna on repeat

Just because we’re gay and Madge and Kyles are both gay icons they don’t need to be on repeat constantly – and the live version of Madonna’s “Vogue” is crap. Play the real version dammit.

Drinking your way through the profits. Don’t think we don’t see what you’re doing. Bravo.

9) Being made to go flier

here’s literally nothing worse than being made to go flier out in the cold. The shame if my ex-boyfriend sees me.

Of all the gay bars in all the world, you have to turn up in my place of work with the turnip you call your new boyfriend.

11) Hen parties are literally the worst.

When you walk in. All I’m thinking is F**K OFF