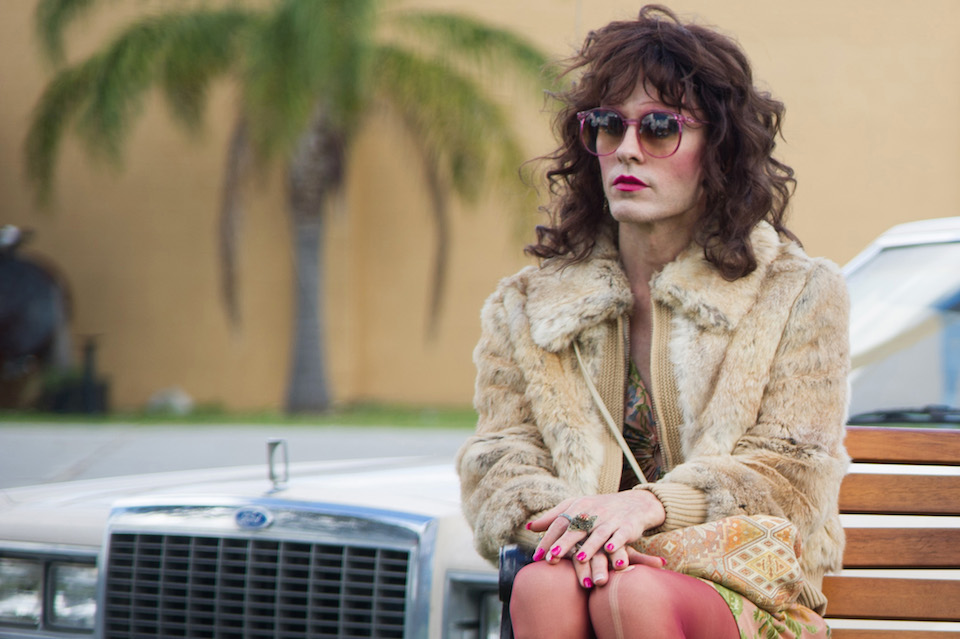 Some of the most memorable trans characters have been played by cis-gender actors... here's 24 of the most famous roles.

Some of the most memorable trans characters have been played by cis-gender actors… here are 25 of the most famous roles.

Here are just some of the mainstream films and television shows where a trans character wasn’t played by a trans actor. The argument against non-trans actors taking these parts have made headlines once again after a clip of Matt Bomer in his forthcoming film, Anything was released.

Warning this article may contain spoilers to various films.

Glen or Glenda was released in 1953 starring Ed Wood – who was actually credited as Daniel Davis in this film. It’s a semi-autobiographical film, considered one of the worst films of all time. However, it is considered a plea for tolerance.

Dog Day Afternoon is based on a real-life story, where a bank robber (Al Pacino) holds up a bank in New York’s Manhattan to pay for his girlfriend’s (Chris Sarandon) gender confirmation surgery. Chris Sarandon’s portrayal of a trans woman was applauded for its consideration of dysphoria.

Probably one of the most famous films to feature a “sweet transsexual”. TRHPS has gone on to become a cult hit and recently had a remake filmed and it starred Laverne Cox in Tim Curry’s part of Dr Frank N. Furter.

Michael Caine in Dressed To Kill, 1980

Jaye Davidson in The Crying Game, 1982

A drama which explores themes of race, gender, nationality and sexuality with the troubles of early 80s Northern Ireland as a backdrop. The trans character in this film is actually one of its great surprises, which is considered a “shocking twist”. Jaye Davidson was nominated for a Best Supporting Actor for the role.

John Lithgow, The World According to Garp, 1982

The World According to Garp based on the book of the same name by John Irving which is the story of T.S. Garp. In the book his mother, who runs a home for abused women gives shelter to a former footballer, now a transgender woman, Roberta Muldoon.

Ted Levin played a trans serial killer who skins his female victims. In the story, Ted’s character, Jame Gumb, applied for a sex-reassignment operation but was unsuccessful in gaining in their cause.

Terrence Stamp in Priscilla Queen of the Desert, 1994

One of the most successful LGBT films of all times was released in 1994 is in the top 40 grossing gay and lesbian films of all times. Terrence Stamp’s Bernadette Bassinger is a carefully studied character, played respectfully.

Possibly one of the most offensive portrayals of a trans person in film – which uses the trans character as a comedy mimic.

Coronation Street made history in 1998 when they introduced the first trans character to a British soap. It wasn’t until 2015 that EastEnders made further history by having a trans actor play a trans character. Julie Hesmondhalgh has been praised for her portrayal of a trans person and she is a huge advocate for the LGBT community. In 2017 she called on TV companies to employ trans people in trans roles.

One of the most tear-jerking LGBT films of all time. Hillary Swank was truly remarkable in the film which was based on the true story of murdered trans man Brandon Teena. The film was nominated for 57 awards and won 37 of them including, Best Actress (Oscars and BAFTAs) for Swank.

John Cameron Mitchell in Hedwig and the Angry Inch, 2001

One of the only musical films featuring a trans character in the central role. John Cameron Mitchell wrote and directed this film. It features in the top 100 LGBT films.

When Daniela joined The L word in 2006 she had the role of Moira Sweeney, an androgynous computer technician who moves from the Midwest with Jenny (Mia Kirshner). Over the course of the season, Moira comes out as a trans man, adopting the name Max Sweeney.

Rebecca Romijn was another female who was cast in an M2F role in the comedy TV series, Ugly Betty. She appeared midway through the first season and left in season 3.

Derided by Glaad for the way in which Family Guy deals with transgender issues, Seth MacFarlane voices the character of Quagmire’s parent, Ida who goes through sex-reassignment surgery in the episode, “Quagmire’s Father”.

Hit And Miss was a TV series which followed the life of a transgender contract killer. It ran for one series.

Jared was awarded an Oscar for his role in Dallas Buyers Club, however, his casting in this film and subsequent acceptance of the Oscar with a full beard was criticised by some in the trans community. Laverne Cox recently said, “as brilliant as Jared Leto is, and all these actors who play trans women, when people who don’t know anything about trans folks and trans women see the very sexy Jared Leto and his beard accepting an Oscar for playing a trans woman, the message that it sends is that trans women are really men”

Amazon was praised for the production of Transparent starring Jeff Tambor who plays a trans person coming out as trans later in life. The show has won awards and much love from the critics for its sensitive portrayal of a family dealing with and accepting transition.

Eddie Redmayne in The Danish Girl, 2015

Eddie Redmayne played the part of Lili Elbe, acknowledged as the first trans woman to go through sex reassignment surgery. Despite it being widely praised there was only one Oscar win out of four nominations. The film was banned in a number of countries including Qatar, the UAE, Oman, Kuwait and Malaysia.

Stonewall was much derided when it was released in 2015. It also stars two actors in trans roles who are not trans. Otoja Abit who played Marsha P Johnson and Jonny Beachamp who played the fictional character, Ray/Ramona.

The shiz really hit the fan when it appeared that Benedict Cumberbatch, considered by many as a true LGBT+ ally took on the role of “All” in Zoolander 2. Many in the non-binary community took offence to the portrayal of “All” and over 7000 people called for a boycott against the film.

Fanning plays a character who pursues his true identity as a male. Its release date was pulled in 2015 and pushed back until 2017.

Matt Bomer in Anything 2017

The film has already received criticism, even before its release for having a cis male actor play the part of a transgender person.

The film is about a transgender woman falling in love with a straight man. Mark Ruffalo is an executive producer on the film. Defending the decision to cast a cis-male in the role of Freda, Mark said that he had a “profound experience” working with Matt in The Normal Heart.

Have we missed something? Is there an error? Please use the comments below to help expand this article.