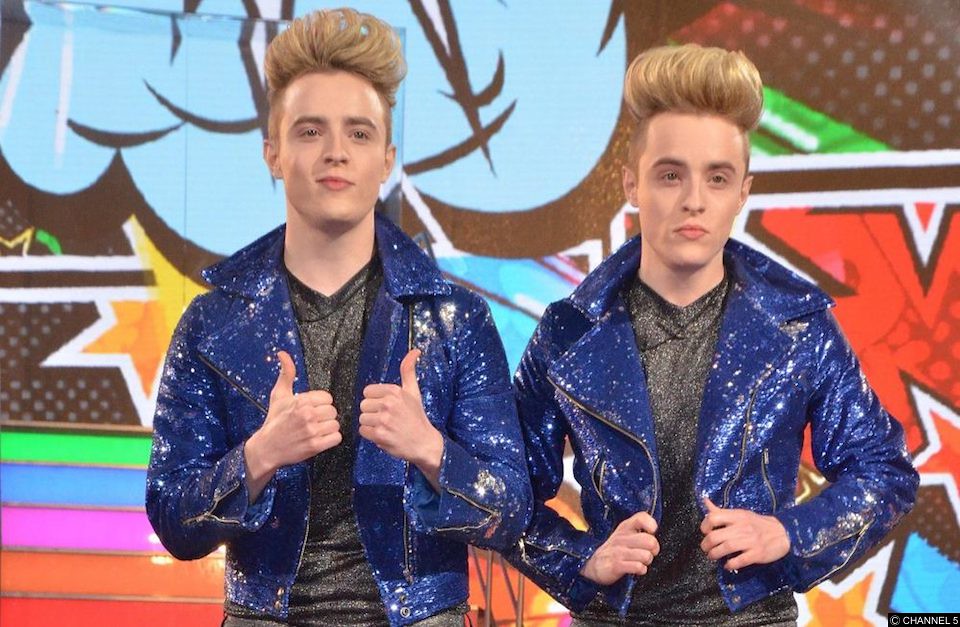 The ever bubbly Jedward have been making headlines since their discovery on X Factor in 2009… But there’s one question thousands of people want to know… apparently.

Are the Jedward brothers gay?

In 2011 brothers Edward and John insisted that they weren’t gay and they are attracted to women and have dated girls. They hit out over speculation that their OTT and flamboyant performance style made some fans think the duo were gay. The brothers maintain that they “like lots of girls” revealing that they don’t care what people think about them or about their sexuality.

The pair have been incredibly tight-lipped about their love life, choosing to never talk openly about the people they’ve dated.  Speaking to Dan Wooton at The Sun, Edward said,  “We meet girls all the time. Our fans have always know who we are. But others knows a different type of Jedward on from the different shows.

“I think because on stage we wear sequins people go ‘oh they must be a bit out there’.

John added, We do whatever what we want to do. We know who we are and what we are a lot of guys try so hard to be masculine and we’re able to have stubble and play guitar. We have had relationships. I’ve had two long-term relationships that were private. That wasn’t part of my career.”

So there you have it. John and Edward have said they aren’t gay or bisexual. It’s 2018 does it really matter anyway?