Boris Johnson thanks the LGBT community for “inspirational work” 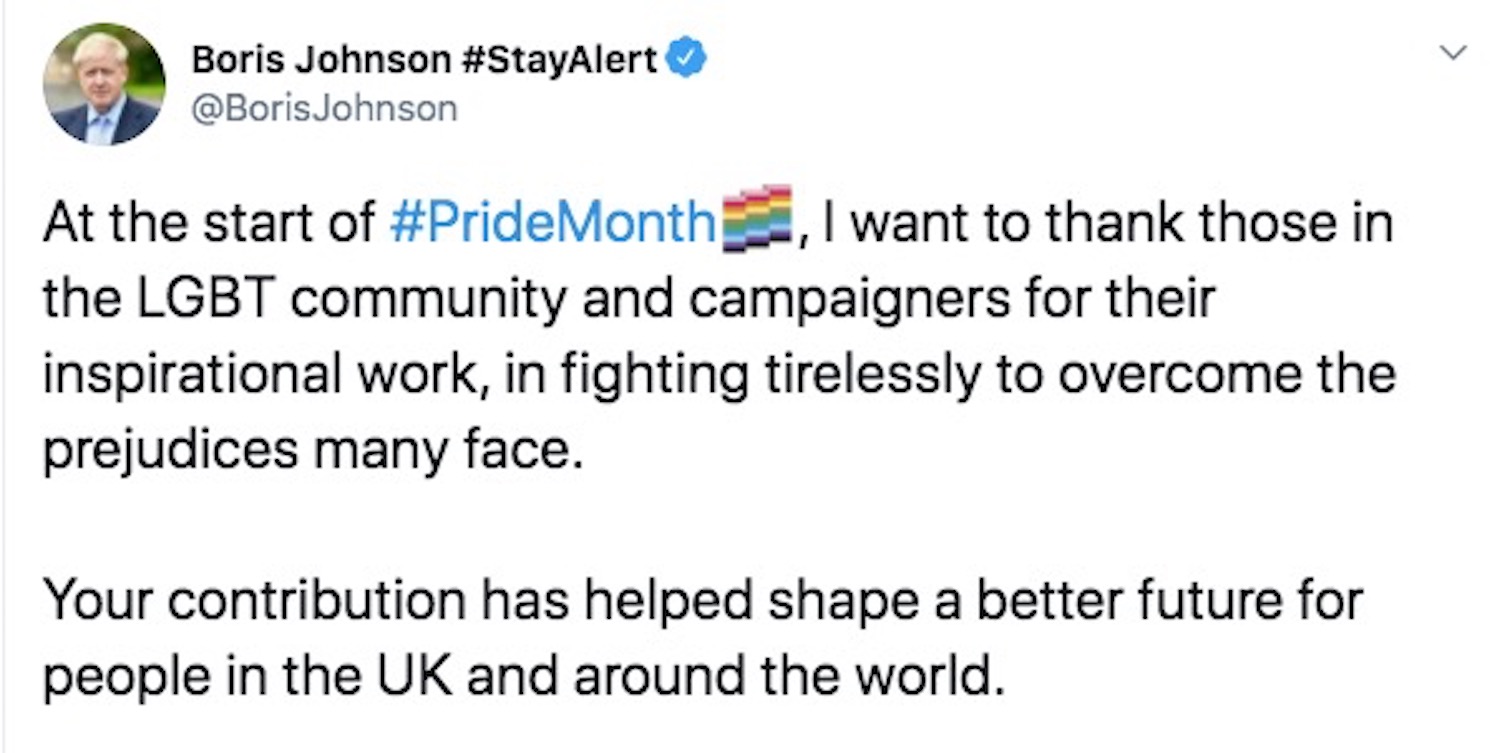 The British PM took to Twitter yesterday to thank the LGBT+ commounty for fighting tirelessly against prejudices.

On the 1st June, the start of Pride Month, the UK’s Prime Minister, Boris Johnson took to his official Twitter account to speak directly to the LGBT+ community.

He added, that the contributions by the community had “helped shape a better future for people in the UK and around the world”

However, many users on Twitter were not pleased for Johnson’s thanks. Many took the opportunity to remind the Prime Minister of the various controversial things that he has written about the gay community over the years.

During the late 90s and early 00s, Johnson was a columnist for The Telegraph and The Spectator. He used his platform to write several comments about marriage between gay men and teaching same-sex relationships in the classroom.

He also used his platform to say he was a supporter of the very damaging Margaret Thatcher policy, Section 28.

Since 2001 and in the time in which Johnson has been an MP there have been 16 votes in which he was eligible to vote. Of that 16, he voted positively in three, negatively in 1 and abstained from voting in the rest.

Lord Michael Cashman responded to the Tweet saying, “We had to fight to overcome you and people in your party. And there are still some there like Liz Truss. To name one from many.”

His Tweet which has been liked 4.9K times and retweeted 509 has been ratio’d with over 1.4K comments, the majority of which were negative.