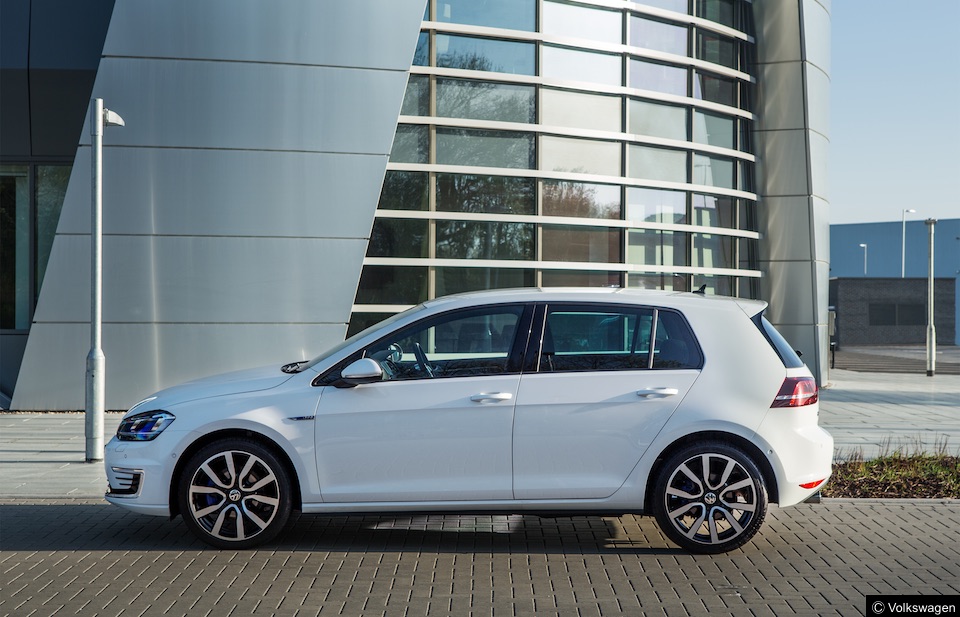 There’s A Kind Of Hush All Over Wolfsberg Tonight…

Volkswagen has teased us with alternative fuelling since the 70s. Back them they fitted 860kg of batteries to a VW T2 panel van. They also played with a hybrid system consisting of 11 batteries in and around the cabin in a T2 taxi. Thankfully battery technology has evolved and we can now get far more from so little.

In the early 90s alternative fuel and efficiency became less of the buzz work since the fuel crisis of the 70s and more emphasis was placed on environmental issues. Reluctant as we were to give up our four wheels, people wanted greener cars. The diesel car was sold as the greener alternative to petrol, this was when petrol engines were equipped catalytic converters and diesels still filled the air with heavy clouds of sotted pollutant.

The Golf went through a phase of being battery powered. There was the CityStromer. It gave about 30 miles to a charge making it as good as a milk float. Remember the 30 miles though. It’s a magic number. However, in 1990 there was work on a diesel hybrid Mk2 Golf. VW was on to something. I remember it well. A white Mk2 with big bumpers and garish yellow, orange and red stripes. And then it all went quiet.

Fast forward 27 years and the electric buzz is back at Volkswagen. There is a new hybrid Golf and the technology isn’t just staying on the Golf. We’ll have it on a lot of other VW’s.

THEGAYUK was invited to attend the launch of the updated Golf Mk7 and it was the GTE I was most interested in trying. Having recently become a convert of the hybrid, l wanted to see how Volkswagen had executed the package. More importantly, I wanted to know how they transferred the power to the wheels.

I am glad to say it is impressive. They use their DSG gearbox. This is an electronically controlled dual-clutch multiple-shaft manual gearbox that either changes like a conventional automatic or you can use manual inputs should you wish. Having tried this gearbox on many VW’s over the years I can say it works well unless the car has been modified. Then it becomes quite snatchy.

There were no such issues. This thing was magic. What it does do is overshadow Toyota’s efforts and puts them in the dark ages where hybrid technology has evolved to. The main reason is the choice of drivetrain. In other words, this isn’t a CVT gearbox.

I don’t know if it was the engineers having a laugh or not but the sound button on the centre console did make me chuckle. Press the sound button and it would emit an audible noise. Apparently, pedestrians are being hit or surprised by hybrid cars. I think having the choice of sound would be quite fun. I’d like a low flying aircraft.

Enough of my rambling thoughts and back to the GTE. Unlike “conventional” hybrids, the Golf can be selected to drive in any of its three drive modes. Full electric, hybrid or full petrol. The electric is a plug-in type that can be around 80% charged in about 30 minutes. The engine used is the 1395cc petrol unit making 150ps at 5000-6000rpm. The electric motor makes 102ps at 2500rpm.

In full battery mode, you’ll get that magic 30 miles on a charge. Fear not of running out of power because the petrol engine will jump in and help regenerate power. Likewise, should you floor it and need acceleration, again the petrol engine will jump into life. Unlike a CVT gearbox, the DSG will surge away in utter refinement. All this dashing around can achieve a 0-62mph time of 7.6 seconds. Put into perspective, the 2 litre 310ps Golf R will do the same in 5.1 seconds. This is no hybrid to sniff at. As a matter of fact when all systems are powered up it is pushing out 258Ibs ft of torque. That’s 22 less than the Golf R.

On the move it was phenomenal. It was quiet. Admittedly the gravel tracks around the Woburn estate could be clearly heard. Once on the main road, it was amazzzzzing. I used some of the test in full battery mode to see what it would do. It behaved like a petrol car except there was a silent surge forward from the instant power the electronic motor gave out. I couldn’t stop smiling.

In engine and battery power kicked in silently and effortlessly in hybrid mode. It was totally fuss-free. Competent, powerful, had the ability to assist in power delivery for overtaking and all safe in the knowledge that both power systems worked together for maximum efficiency,

In petrol only mode you were given a Golf that would do what Golfs have done for the past 43 years and that is carry you in a well-made car. Longevity was a key feature mentioned at the launch. A 12 year body protection warranty is proof alone that the Golf will be sticking around.

There is a down side. It’s the price. Basic price is £31,480. That Golf R and all its crazy power has a starting price of £31,510. Despite the GTE being quick and able to achieve amazing things, it doesn’t do it in the way of the almost same priced R. That said it also doesn’t give you the same head rush as the R and maybe now and again I prefer my car a little less hooligan.

That in mind a quick look at the recently tested Toyota C-HR was £28,000. In my mind it seems to now be making the Golf R seem like the bargain buy that it shouldn’t be. It’s a quandary that I am in. I liked both Golfs. One that I can justify is the 1 litre TSi. Perhaps l should just have that and add a few stickers to the outside.