Catapult for the Road.

Jaguar’s Special Vehicle Operations (SVO) has taken their spanners to the all-important and top-selling Jaguar F-Pace. Looking through the model options on the F-Pace, it would seem that the V6 S we tested back in May 2018 has now gone, replaced by this all-new SVR model.

On paper alone, it doesn’t sound like much progress has been made from replacing the 375PS supercharged V6 with a 550PS supercharged V8. You might be thinking “hold on Stuart…” because these figures alone are impressive. I’ll grant you that they are. What it lays down on the road doesn’t exactly look like much in terms of the 0-60 second sprint. Just 1 second is knocked off the S models 5.1 second time.

Where the fun lies is in the top speed that you’ll never achieve on the public road of 176mph and the massive increase in torque delivery you will get when you put your foot down. Now you have 680Nm from 2,500 – 5,500rpm. We don’t need to consider the old model anymore.

It feels like SVO has done some work on the iQ-Al (D7a) modular platform that is shared with the enjoyable XE saloon. And that work feels a little more than a mild tweak and a tap with a hammer. Finally, the F-Pace has the handling that enables it to keep up with its greater power outputs. It can still plough on but this time you can encourage the rear end to catch up far quicker than before. There is no doubting that the extra grunt in useable lowdown torque helps to attribute to this vastly and enjoyable improvement.

What this also means is it can all get a bit messy and a lot of fun. It makes for a big car that feels less nervous. Even on moist roads, the traction is all there and exploitable. Now we have a car that gets a bit twitchy on the rear when confronted with coming out of fast roundabouts if you so wish for it to do so.

And all of this happens before, and by accidentally, that you select S on the gear stick. I’ll be a little unprofessional here and say I did scream and cry at the same time as it shot down the road like a stone from a catapult. What felt like a fast vehicle suddenly became even faster with more response from throttle inputs and manual inputs with gear changes.

Legally you can’t use this outrageous amount of power all the time. There comes a time where you need to be civil to other road users. Sometimes that means shutting off the snarling exhaust sound system controlled by a system of flaps and baffles.

On a normal kind of drive or commute, the F-Pace SVR is a gentle giant. Its interior on this press model, were rather cosseting and the though the seats didn’t visually lend themselves to look comfortable, did a good job.

Inside the F-Pace, there is an absence of race materials. Instead, Jaguar has opted for leather and soft-touch materials where it is needed. It’s fit and finish are OK though they would struggle to match those from BMW and Mercedes and its looks are a little dated now.

And this is a shame because this is Jaguar and it’s a premium brand of car. But it fails in a few areas of neglect that niggle a bit if you go looking for them. The glovebox, for instance, has some unrefined sharp edges around it and then we get to my visual dislike in a Jaguar interior. Namely in the ambient illuminations set in the doors. Personally I’ve never liked blue lighting. It’s a harsh light so add this to the black and red leather interior and you do wonder who at Jaguar is in charge of making this decision. Other interior colours are available in black with cream or tobacco or all black.

And this is the main problem for the F-Pace. It’s 4 years old in 2020 and dated inside because of this. Thankfully for £210, you can tick a box that gives you a choice of 10 colours. Keep it white as standard and you wouldn’t need this.

All this extra doesn’t come cheap and that’s before you’ve added your own essentials. You’ll regret not adding such items like the ‘driver assistance pack’ at £3100 so you can kiss the reasonable list price of £75,335 goodbye. Add the options that we have here and it tips the scales at over £83k.

Can I justify this to you? If motoring is on a budget then no, this F-Pace is not for you but you might find what you want lower down the range. That said, if a fast SUV vehicle with a kick is what you want, you’d find a lot of the competition out there quite lacklustre. There aren’t that many as accomplished and as outrageous as this and that’s why I’m rather taken by it.

Can be an unruly brute

Expensive options that you need 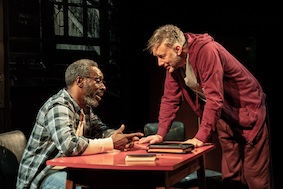 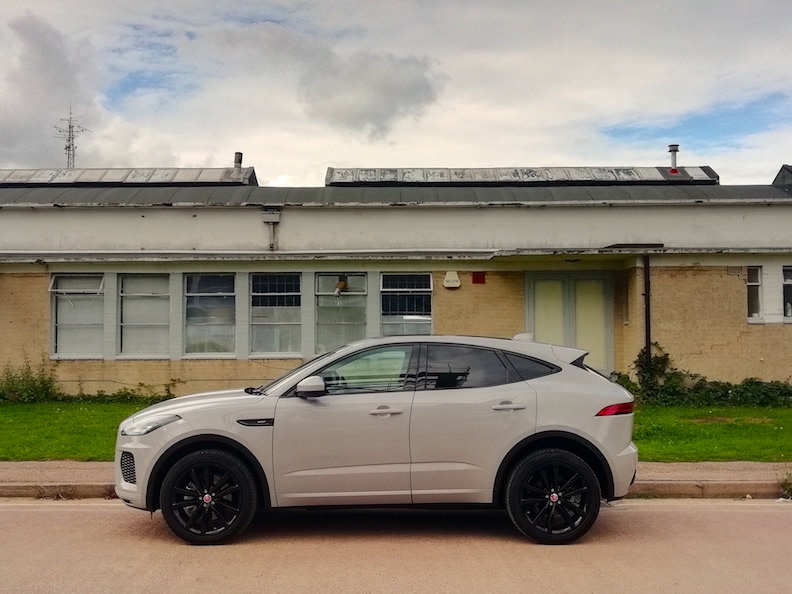