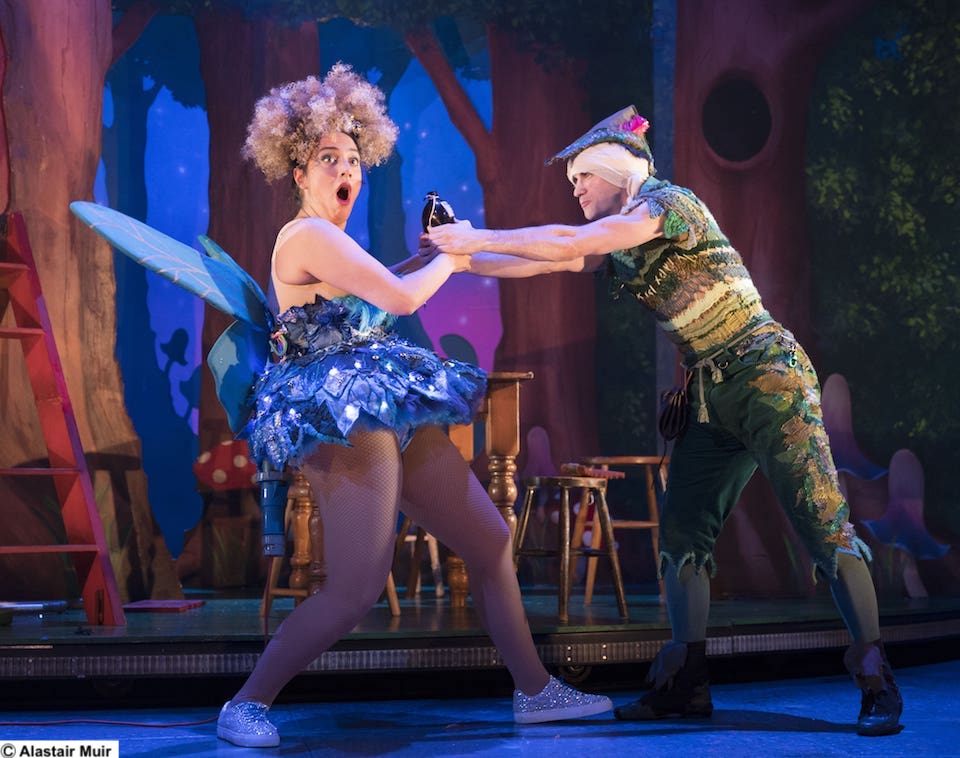 The cast of Cornley Polytechnic Drama Society are back, with a disaster filled version of Peter Pan. Somewhere between the scenery collapsing, the technical hitches, backstage fallouts and some unrequited love between cast members, the troupe try to desperately to keep the show on the rails as chaos increasingly takes over, Peter Pan stops thinking happy thoughts and the crocodile becomes the star of the show.

Mischief Theatre returns following on from The Play That Goes Wrong and The Comedy About A Bank Robbery with two hours of laughter-inducing slapstick humour as the fictional cast try desperately to get through the performance. With slick precision and perfect comic timing, the cast plough through a barrage of jokes with a broad scattergun approach to the humour, as some jokes hit the mark, some miss completely and with another gag always rapidly following the last.

There were certainly plenty of smiles, chuckles and belly laughs to be had throughout the show’s duration, although the last ten minutes did descend more into silliness than comedy, but this didn’t detract from the feel-good factor the show produces. Cast member Oliver Stenton steals most of the scenes he touches; whilst Tom Babbage captures the hearts of the audience as the hapless Max.

If you have seen Mischief Theatre before, then you will know exactly what to expect and you won’t be disappointed as they continue with their trademark humour. If you’ve not, then Peter Pan Goes Wrong is a great introduction to them with an enjoyable, silly and easily entertaining show.

Peter Pan Goes Wrong is at Sheffield Theatres until 1st February 2020 before continuing on its national tour.