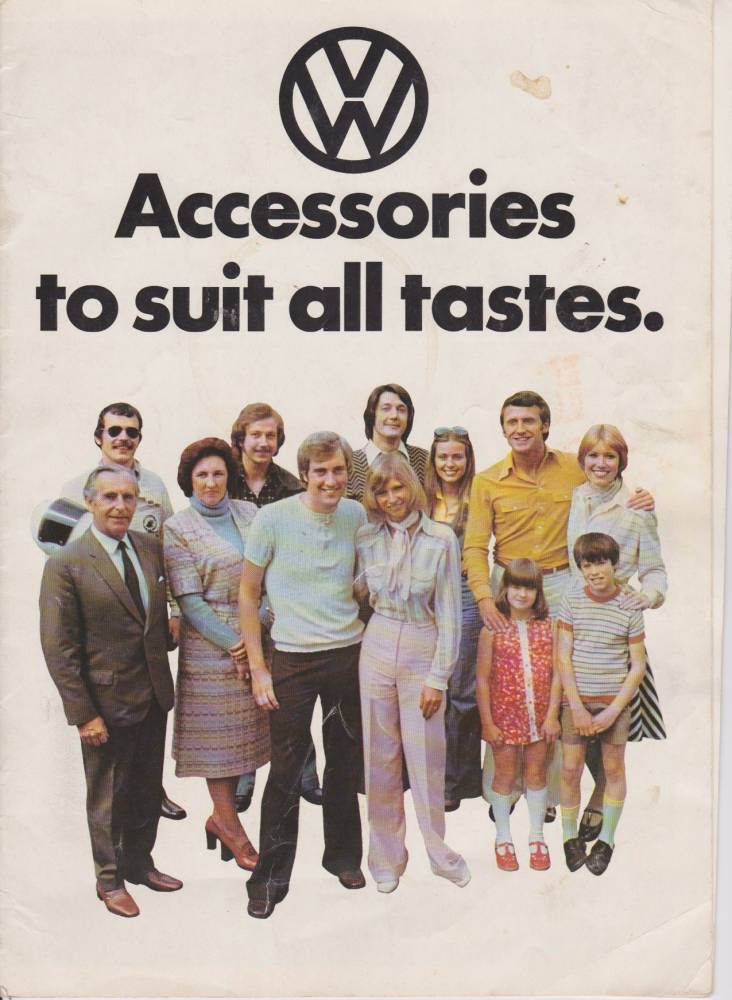 Now for an article about adding things on, I am struggling for a title for this piece other than "Accessories" which is a bit ironic. Anyway, let's crack on...

Now for an article about adding things on, I am struggling for a title for this piece other than “Accessories” which is a bit ironic. Anyway, let’s crack on…

Ever since man has had wheels, he has had this propensity to add, personalise or make his own, the car that he drives. Now I say he but I could very well say she too. And indeed where I am about to take you, the man was the chooser of the car, the woman did the dishes.

I was recently thumbing through Jaguar’s accessory and options list the other week. I was astounded to see £15 jump leads being sold for £126. Even Rimmer Brothers sell “genuine” Jaguar jump leads for £125.12p

And then I started to look over the other goodies (or lack of) you could get for the Jag and it didn’t stop there. Other manufacturers are also slack in their personalisation of your vehicle. It’s all so ordinarily dull. So I decided to delve back into a time that us old enough to remember haven’t forgotten and look at who did the great extras. We go back, right back to the 1970s. You see a time when men chose the car which is why I said it to start with. Have you never seen Mike Leigh’s Abigail’s Party?

I have my own list of goodies that I like to add including spotlights, over mats, wind deflectors, and mud flaps if available. I spent many hours pouring lustfully over the accessory brochures in my time. There were things you could get for the Citroën Visa that to this day I still dream off. They were awful! By the time I got my Visa, Citroën had stopped selling these extras so I was never able to dress my own with genuine naffness. And this is probably for the best.

The French were always good at the accessory. Both Citroën and Renault played on their Frenchness by using French words on their accessory brochures. Citroën had “Accessoire” while Renault were the kings with “Boutique” and my word what a boutique it was.

You could dress your 70’s Renault up to be the talk of the town either stylistically or in a way that your neighbours would wish for it to be hit by a bus. Renault Boutique had a stripe to suit (or not as the case sometimes was) for your car and the worst culprit would go to the R4. In fact, everything extra they sold for the R4 was vile.

Renault did redeem themselves with the Starsky and Hutch stripes on the R17. Citroën, on the other hand, could not and by the 1980s, they had lost the plot. Wheel arch finishers could be bought for the CX. Now those who know will know that the CX didn’t really have rear wheel arches. Well, think again. Those pesky spats that covered the rear wheels could be replaced with a lipped piece of plastic.

Not ones to waste money because they didn’t have any and because they didn’t want to be without some accessories, BL with Unipart, demonstrated their collection of aftermarket tat for the Metro with cartoons. Knorr used cartoons for serving suggestions for Aromat. While aromat was the finest MSG available for food, Unipart extras were not. You really could get everything you’d never want for your Metro like cruise control and air conditioning.

VW UK was mean to us when compared to VW USA. The humble T2 bus could be got with 2 pieces of chrome and a choice of roof racks. In the US, you could get EVERYTHING. And the Golf was left short-changed too. 1975 Golf had no reverse lights while the Beetle and Bus had them there and ready to go with a bit of wire. Never mind because VW could sell you a pair for the Golf that resembled porch lights that you have outside your front door.

The final word goes to the Italians and in particular, Lancia. They offered you the driver much more than a pair of spotlights and a body kit to cover up the rust and stripes to hold it all together. They offered a range of clothing before it was seen as enthusiastic wear. Forget rally jackets, they even sold shirts. Not just any old shirts that you could get in Marks and Sparks, oh no, they had genuine polyester cotton ones. So basically it was exactly the same as Marks and Sparks and the Grantham catalogue. What those two didn’t have was the suave man in Lancia sunglasses and to a 10-year-old Stuart, he was frigging HOT.