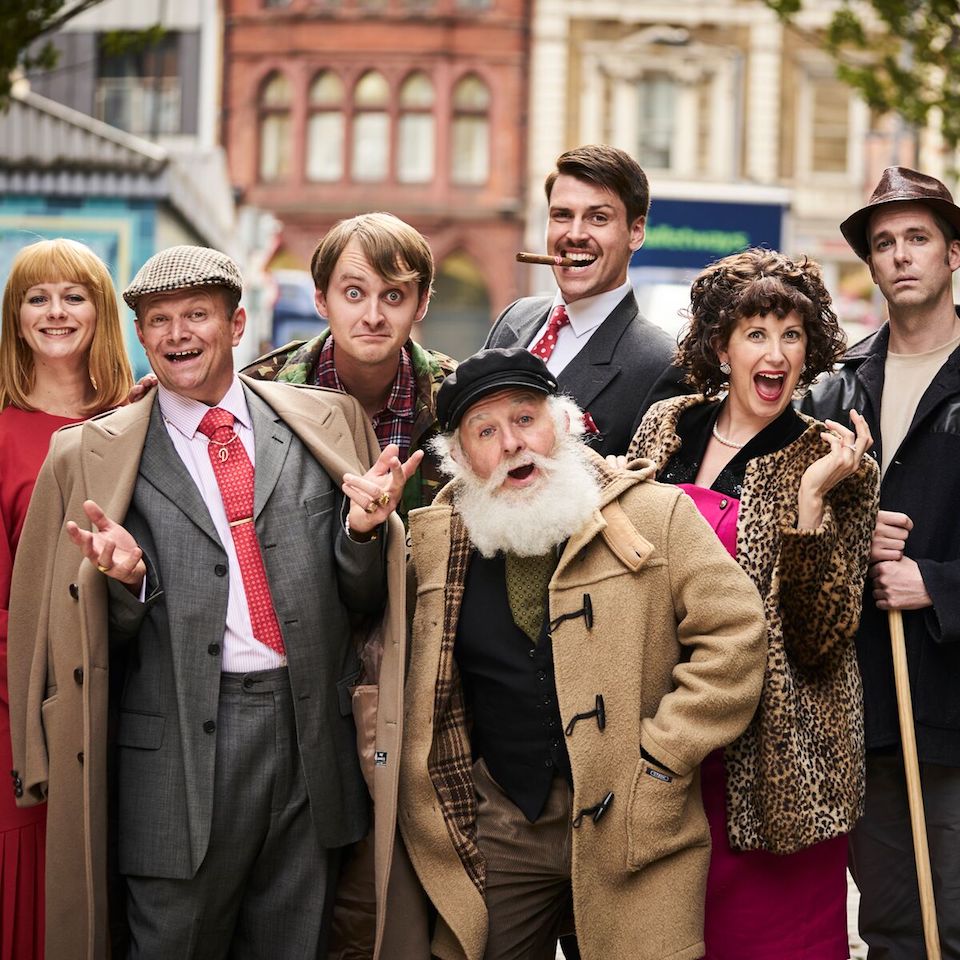 The gang is all here in this new interactive show: Rodney Trotter, his older brother market trader Derek ‘Del Boy’ Trotter, the elderly and senile granddad, Trigger, and Cassandra. And if you don’t recognize these names, then perhaps this show is not the show for you!

It’s the Only Fools The (cushty) Dining Experience. And just like the Faulty Towers Dining Experience, you get to spend a meal with a lively, and at times loud, and did I mention lively, group of characters from a highly popular British sitcom that’s still enduring to this day. Only Fools & Horses characters come to life right in front of you the minute you enter their sanctum – the Radisson Blu Edwardian Grafton Hotel – the London venue. A market stall, and a cash bar, are the first signs that you are no longer where you thought you were, you have now entered Peckham and the environs of our popular characters. After 15 minutes of ‘getting to know them’ (though if you don’t know them then hopefully you would have brought someone who can explain to you who they are), you are ushered into ‘The Nag’s Head’ where an episode of the show practically unravels right in front of your very eyes.

And in between all of the cast’s shenanigans, a nice three-course meal is served, including Tomato Soup, a nice and tasty Chicken Kiev with chips, and an Eton Mess for dessert, but the mess starts way before the food is served. In true Only Fools & Horses fashion, it’s Del-Boy who leads the cast, guiding his younger brother through decisions that need to be made. The ‘audience’ is made to be a part of the show by taking part in a ‘quiz’ at The Nag’s Head, with points being given by answering various questions, but my advice is to not volunteer for anything! It’s all good fun at this two-hour show where the actors really make you feel that they are the characters! On the night we saw it, Nick Moon made Del Boy come to life, as did Joshua Plummer who is the spitting image of Rodney. Clare Buckingham and Daniel Hope rounded out the actors.

For more information on the show, and it’s locations, please go to: http://www.interactivetheatre.com.au/onlyfools/index.html