COMMENT | When I Grow Up, I’m Going To Drive 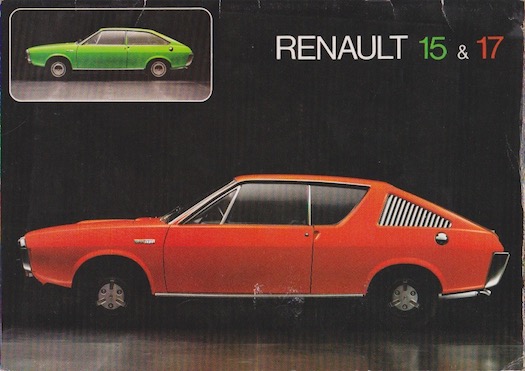 Did you ever have a dream card? Stuart reminisces the "sensible" cars he hankered after, but wouldn't buy now...

Something popped up on Twitter recently. An advert for a 1980’s Peugeot 305 GTX diesel estate.

About 18 years ago I’d promised myself one of those. It won’t happen now though. I don’t need another diesel on the fleet and l certainly don’t need another old car with the ever-increasing difficulty in getting parts when l have three others.

You see, I am a bit of a motoring pervert. I’m realistic and as a child, my dream-car choices of car reflected this. Despite them being new at the time, they were cheap. I’m a realist you see and it’s probably why I never ended up with a coke habit because, let’s face it, coke is expensive! A Lamborghini is expensive. A Morris Ital estate isn’t.

So I thought about those other cars I’d promised myself and picked the top five that I won’t buy.

In 1980 I didn’t know the Ital was in actual fact a Morris Marina. To me, the Ital looked great. It wasn’t. It was a Marina and those were dreadful. The Ital was an end of life crisis revamp for the Marina to buy British Leyland sometime before the replacement was available. Judging by the number of model designation changes that the Ital went through, it didn’t work. They were just desperate to sell it like Ital design studio were to distance itself from the project.

I won’t buy one now. I know what it is but a little part of me shall always have a little soft spot for an estate. A little bit, like a fingernail clippings worth.

WHAT THE F**K AM I DOING! The Ambassador. Another rehash from BL to buy some time. This time, around two years. The Ambassador wasn’t a bad car. It was the Austin Princess that we should have got in the first place. In that, I mean a hatchback. Why the Princess was a saloon is a question flat earthers really should be spending their time wondering about.

I won’t buy one now. I like them though. I think they still look rather good but not in Vanden Plas guise. That chrome trim on the bonnet looked stupid. A bit like the name really. This Ambassador wasn’t really spoiling us at all.

Now, this is the dirty secret I have held until recently. Andrew Ryan on Twitter ( @andrewryan100 ) recently posted a huge factoid on the Montego. Kept me enthralled and the fire for the Montego was re-lit. The styling of the car was always a joy to look at so don’t get me looking at that three-piece rear window. It was like a bay window for a car and no other car out there had one. I like bay windows. It’s a suburban thing I suppose. A place for nic-nacs like a nodding dog or box of tissues!

I won’t buy one now. The trouble with the Montego was that it wasn’t that well built, every one I looked at as a child always had mis-match alignment between the headlights and bonnet and a dashboard was rather bland.

These always looked like they were fun. The 17 was the elegant sex pest to the frumpy 15. The rear side windows, covered with louvres, popped inwards. The quad headlights were surrounded by an extension of the bumper. They looked amazing. To top it off, you could get them with an electric folding roof. This was 70’s Europe and such things were frivolous craziness that your grandmother, who’d still wave her ration-book at you, would not approve. Matchbox toys got involved and made a small model of one.

I won’t buy one now. This really is a sad moment that I admit that I won’t but I did get to drive one from a guy I started dating. The car wasn’t quite what I expected and as for the date, that wasn’t either.

I started my driving career with a Visa. And I progressed steadily through the many engine changes including the 2-cylinder and the diesel. I even had a convertible one too. Trouble was, insurance for a young man back then on a GTi was impossible or expensive. And then you had the fuel economy. I was used to the high 40s and beyond with the diesel. The GTi couldn’t do that.

I won’t buy one now. Most have rusted away sadly or their thin bodywork has gone all crinkly and out of shape. And to be honest, I have had five of them and you can have too much of a good thing.

So there you go, 5 cars I’ve hankered after for all these years that are not going to happen. That said it does mean I am not ruling out a VW 411 or Lancia Beta coupe. Watch this space.