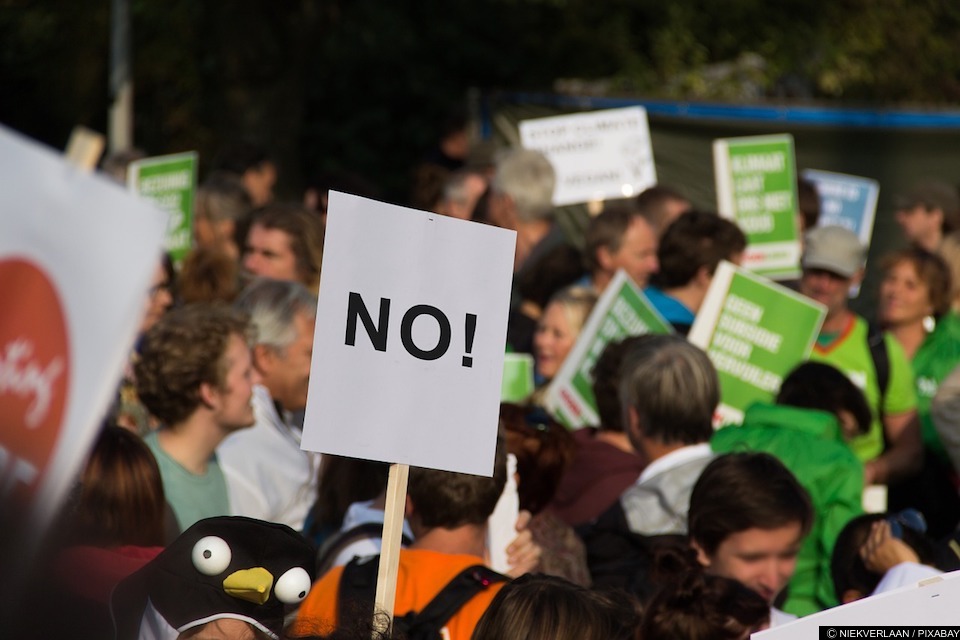 There’s much gnashing of teeth from leftists that the Conservatives are trying to hop into bed with the ‘homophobic’ DUP of Northern Ireland in order to prop up a crap minority Tory government.

What short memories they have. Gordon Brown, the most recent Labour Prime Minister (the party has now lost three consecutive General Elections) tried and failed to strike up a deal with the socially conservative DUP during the last hung parliament of 2010. Were any leftists moaning about that at the time? The vitriol then was about Tory David Cameron entering No. 10. He brought us same-sex marriage. I married in 2015. Thank you, Dave.

Predictably, social media provocateurs began to point out an inconsistency at play amongst the left and its relationship with socially conservative religious views. Journalist Brendan O’Neill wrote in a piece for The Spectator:

“And all the while we have Labourites like Jeremy Corbyn mixing with Islamist groups that share all these same social views, except in an even more extreme form. Yet the people beating the streets over the DUP say nothing. What a double standard”.

The point made is that the views of many British Muslims are socially conservative and what many would consider ‘homophobic’. It’s part of their religious tradition. Ditto the religiously-inspired views of the DUP. The left appears to find one socially acceptable but not the other. The left can rightly claim the DUP, as part of the establishment, has more political power and social influence within the UK than various Islamic groups such as the Muslim Brotherhood and the Muslim Council of Britain. But none of these groups is especially representative.

In Northern Ireland, marriage equality, still not a reality, has overwhelming public support.

The relationship between the hard left and hardline Islamists is not that difficult to explain. Far from being liberal, tolerant and peaceful, the supporters of the hard left, now emboldened by a Labour Party under the control of far-left extremists (who attract Communist followers who believe the wrong side lost the Cold War), have become utterly vicious towards anyone who doesn’t entirely fall into line with their ideology. Ditto the more extreme versions of Islam. Rather than focus on the DUP, we should find more concerning the British Government’s ties to Saudi Arabia, a country with a regressive regime and a Sunni majority that persecutes religious minorities, including minority Islamic sects such as the Ahmadiyya Muslims who campaign for peace and against extremism. This persecution led to UK shores, with the murder of much-loved shopkeeper Asad Shah by a Sunni extremist that shocked and appalled the nation.

Neither the hard left nor hardline Islamist groups are all that keen on free speech. The left attempts to stifle the free press with campaigns like Stop Funding Hate, an attempt to prevent opinions they don’t like from being published. The first thing Communist countries always do is to bring the press under state control in order to police what other people think. In a similar fashion, an intolerant small minority on the fringes of Islam show a reluctance to allow any criticism of their faith; an intellectual right that ought to be taken for granted in a free society. This can be seen in, for example, the fatwa against Salman Rushdie for writing The Satanic Verses and the accompanying protests in the UK through to the protest in London organised by the Muslim Action Forum over Charlie Hebdo’s cartoons of Muhammad a month after the murder of Charlie Hebdo satirists.

“Many of us in the gay community have been hoodwinked into thinking that the left is on our side and the right hates us; and some of us have even fallen for the idea that the political left is morally virtuous whilst the political right consists solely of bigots, racists and the intolerant. This is palpably untrue.”

Many of us in the gay community have been hoodwinked into thinking that the left is on our side and the right hates us; and some of us have even fallen for the idea that the political left is morally virtuous whilst the political right consists solely of bigots, racists and the intolerant. This is palpably untrue. Let’s not forget that the Labour Party only last year mourned left-wing dictator Fidel Castro, who set up labour camps for his gay Cuban citizens. Jeremy Corbyn called Castro a “champion of social justice“. It’s hard to imagine many Cubans, least of all gay Cubans, agreeing with his sentiments. Cuban Gloria Estefan strongly disagreed.

As a community, we should be more consistent in calling out political associations with homophobic regimes and ideologies both at home and abroad. There is an unhelpful tendency on the left to call out domestic homophobes, but generally only when they are white and Christian, and to turn a blind eye or fudge excuses for everything else. We should also strive to be better than illiberal far left. The ugly General Election brought up many statuses such as, “If you’re thinking of voting Tory, unfriend/unfollow me now,” on timelines. Such sentiments ought to send a shiver down the spine of someone who considers themselves “liberal”, because their views are actually those of the hard left. Anyone on the left should stop and think if they truly agree with Shadow Chancellor John McDonnell’s politics – a man who claims that the London Riots of 2010 represent “the best of our movement”.

“We should not be unfriending or unfollowing people who have opinions we disagree with.”

We should not be unfriending or unfollowing people who have opinions we disagree with. There are troubling moral issues with giving your vote to either Tories or Labour that must be faced with honesty. We should respect people’s rights to be free and make their own political choices, determined by their unique circumstances. Gay people come in all shapes, sizes, and political persuasions. Homophobia, alas, exists on every part of the political spectrum. Let’s at least be consistent and expect the same of our politicians, and rise above the intolerance and outrage culture the far left thrives in and perpetuates.