FILM REVIEW | Call Me By Your Name 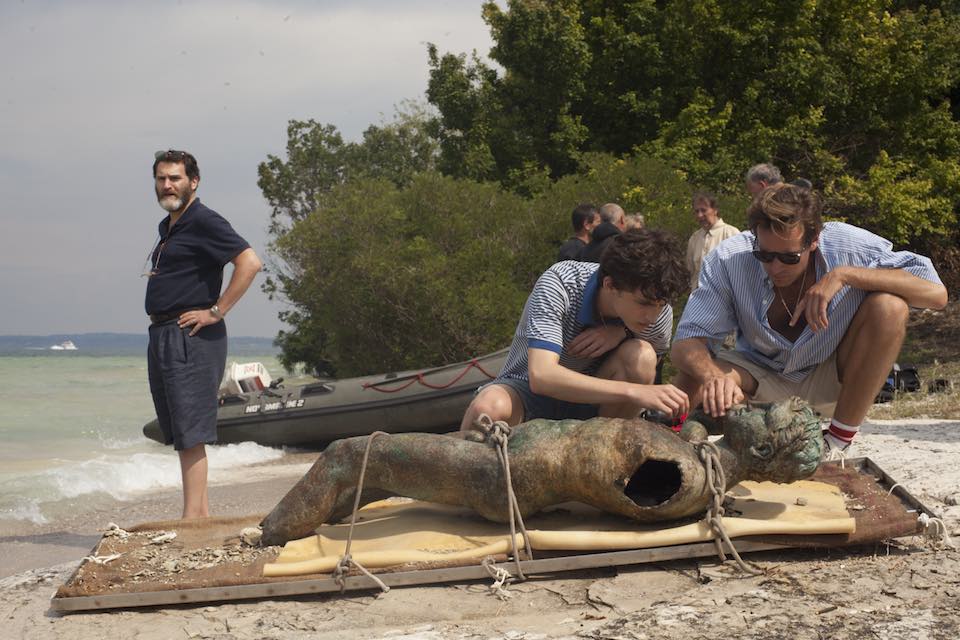 There is a gay-themed film that has just been released that is getting rave and five-star reviews. And while it is very good,  it’s also not your typical gay relationship film.

Call Me By Your Name tells the story about an adult who has an affair with a younger man. The adult in question is the actor Armie Hammer (who in real life happens to be 31, but looks older, and in this film he is playing a 24-year old) who is playing is Oliver. The young man in question is Elio, played by Timothée Chalamet (who happens to 21 in real life but plays a 17-year old in the film but looks a lot younger). The story, based on the 2007 book of the same name by André Aciman, is about a sexual relationship between Oliver and Elio.

Oliver, you see, has been hired by Elio’s parents, wealthy couple the Perlmans (Michael Stuhlbarg and Amira Casar), to help Mr. Perlman with his archeological work. But what happens is that the closeted Elio (who is wooed by the local girls who vie for his attention) becomes enamoured with, and by, Oliver. Oliver, who is a man’s man, with a chest full of hair, is a very confident man who can practically have anyone he wants. He, however, enters into a relationship with Elio. It’s really hard to believe that a man of the world like Oliver could be sexually attracted to Elio. And while Elio is a good-looking young man, he’s still quite young for someone whom Oliver could fancy.  So it’s a bit inappropriate for a man like Oliver to be sexually attracted, and to sexually satisfy Elio, in various locations, including having interludes in the Perlman family home where they conveniently have adjoining rooms which allow for lots of loving glances across their rooms. Elio’s parents do realise what’s happening and turn a blind eye to the relationship and let nature take it’s course.

Call Me By Your Name is a beautiful and lush film, directed with care by Italian director Luca Guadagnino. It lovingly highlights the Italian countryside and the small cityscapes of Lombardy; the film has beautiful camerawork and the acting by all involved is top notch. Chalamet is a real find – his Elio commands the screen. Chalamet looks very very comfortable in front of the camera, clothes on or off (there is absolutely no full frontal nudity in this film, though some of the sex scenes look all too real). Hammer is also very good in this role – a role that is not a typical role for him to play. And there is scene, which you must have heard about by now, that involves a peach. Yes, a peach, which Elio uses, and which involves Oliver, that was a bit too much for me. But it’s the scene where the credits roll up at the end of the film where you can’t leave your seat or avert your eyes – it’s these few minutes where Chamalet as Elio will mesmerize, and seduce you. So it’s at this point that you think that perhaps you can’t blame Oliver for falling for him because it’s at this point you will do the same as well.