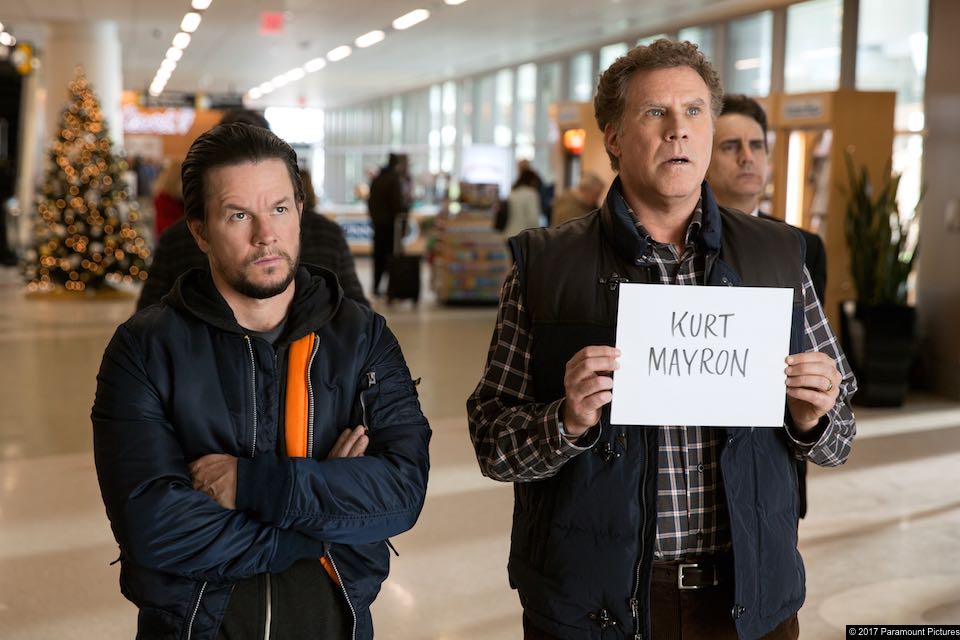 DADDY’S HOME 2 – The relatively unwanted sequel to the standard 2015 family comedy but STOP PRESS, shock horror this is really good – hell has just frozen over and pigs are landing at Heathrow & Gatwick.

Nutshell – The modern family two fathers one mother is ramped up a notch by the arrival of the stars two hugely different dads in Mel Gibson and John Lithgow and obviously comic mayhem soon follows. Now what makes this so much better than the original is the decision to make it a full on Christmas movie. It is happy, funny, entertaining and hugely engaging only diminished by association with its average predecessor movie which may put of some. As a standalone this is great.

Key Player – This is the boys’ film, Wahlberg is Exec Producer and Ferrell is the main Producer and they just do these movies for fun apparently which is infectious as that is what comes out of the screen. Everyone seems to be having a laugh rather than there for the paycheck Cumberbatch, Affleck or Hardy style.

Budget – $69 Million way up on the first film and boy was that a good move with it making its costs back in two days and now sailing way over $100 million and off towards the top 250 grossing films of all time list at a rapid rate of knots.

Best Bit – 1.02 mins; The destruction of a live model nativity scene and post-fight is a real hoot and great set-piece but this movie is much more about small jokes than big slapstick moments. Do people really dress up as nativity statues – that’s a new one on us.

Worst Bit – 0.33 mins; A snowblower goes haywire and destroys a never-ending set of outdoor Christmas lights and then property and vehicles just like the motorbike in the original. Too slapstick and overlong and a bit childish here in a film where the kids are away getting pissed on eggnog and shooting guns.

Little Secret – Mel Gibson plays Mark Wahlberg’s father. although he is only fifteen years older than him cue greying up Gibson’s hair and softening Marky Mark’s but who cares. Originally the two dad’s were going to be Chevy Chase and Robert De Niro which would have been about as successful as a Trump presidency or Prince Harry getting the stag-do he actually wants.

Further Viewing – Daddy’s Home 1, All four of the Meet The Focker‘s canon, The Anchormans , Blades Of Glory, Elf and Mel Gibson’s previous comedic roles in The Lethal Weapons and What Women Want as he has great comedy timing – who knew Mad Max had a budding Robin Williams, Jim Carrey in him all along.

Any Good – This won’t win any Awards in the next 3 months of the trophy season but it is just truly great fun and a very happy film with loads of great Christmas music and may even see Band Aid back in the charts for the 5th time. A massive step up from a film that originally just got lucky with a clever release date counterbalancing a Star Wars film two years back. It’s now a winning franchise to follow and one of the biggest and nicest surprises of the year as it should have been a shit cash in but instead, it delivers on every level and some.