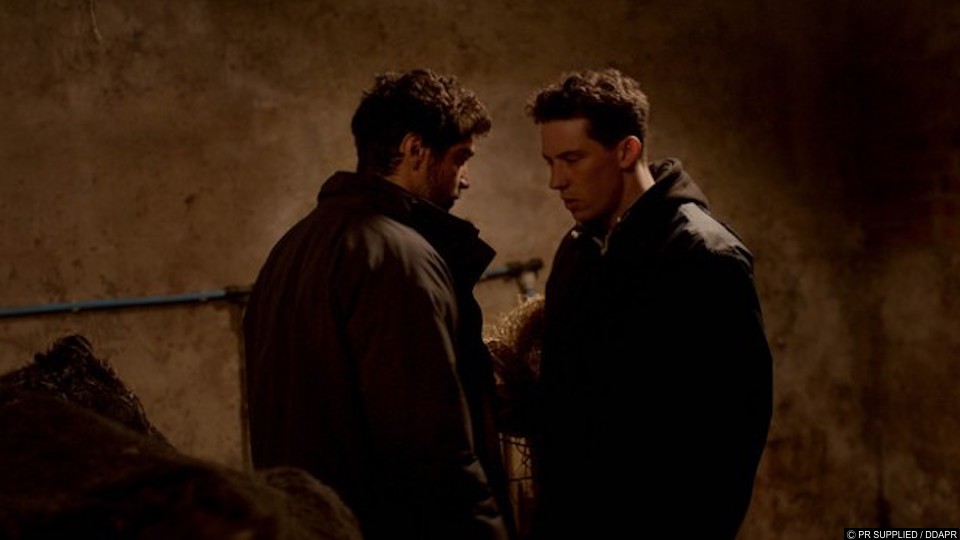 Being referred to as a West Yorkshire Brokeback Mountain, God’s Own Country tells the story of a young farmer who works on the family farm and has casual sex with some of the local boys. But when a Romanian migrant worker shows up to help him out on the farm, their working relationship turns into more than just work, changing both their lives. Shot against the beautiful backdrop that is Yorkshire, God’s Own Country is definitely this year’s hottest and most mainstream gay film. Director and writer Francis Lee, in his feature length directorial debut (he has acting credits that go back to 1994), has crafted a gay romance set on a farm, a romance that, when it gets lit, is explosive.

Josh O’Connor is fantastic as Johnny Saxby, a young man who thinks he has only one purpose in life – the farm. He lives in a house on top of a hill with his grandmother (Gemma Jones) and sick father (Ian Hart). But as his father is unable to participate in the hard daily chores, a Romanian immigrant, and ruggedly handsome, Gheorghe (Alec Secareanu) arrives, and with his arrival comes the romance that we know is going to happen.

God’s Own Country is not the perfect film, Johnny and Gheorghe’s first stab at having sex, outdoors, right in the middle of the farm, was a bit unbelievable (and it looked cold). And Johnny’s habit of taking presumably straight men into his local pub toilets for sex (that would be every gay man’s fantasy – no?) is far-fetched. But God’s Own Country is beautiful, complex and engaging, and it doesn’t hurt that we get to see both O’Connor and Secareanu naked.

God’s Own Country has already won several awards, including Best Film at both the Berlin and Edinburgh International Film Festivals as well as the World Cinema Directing Award at Sundance. And it’s gotten rave reviews, with some critics calling it “The British Brokeback Mountain,” but better.